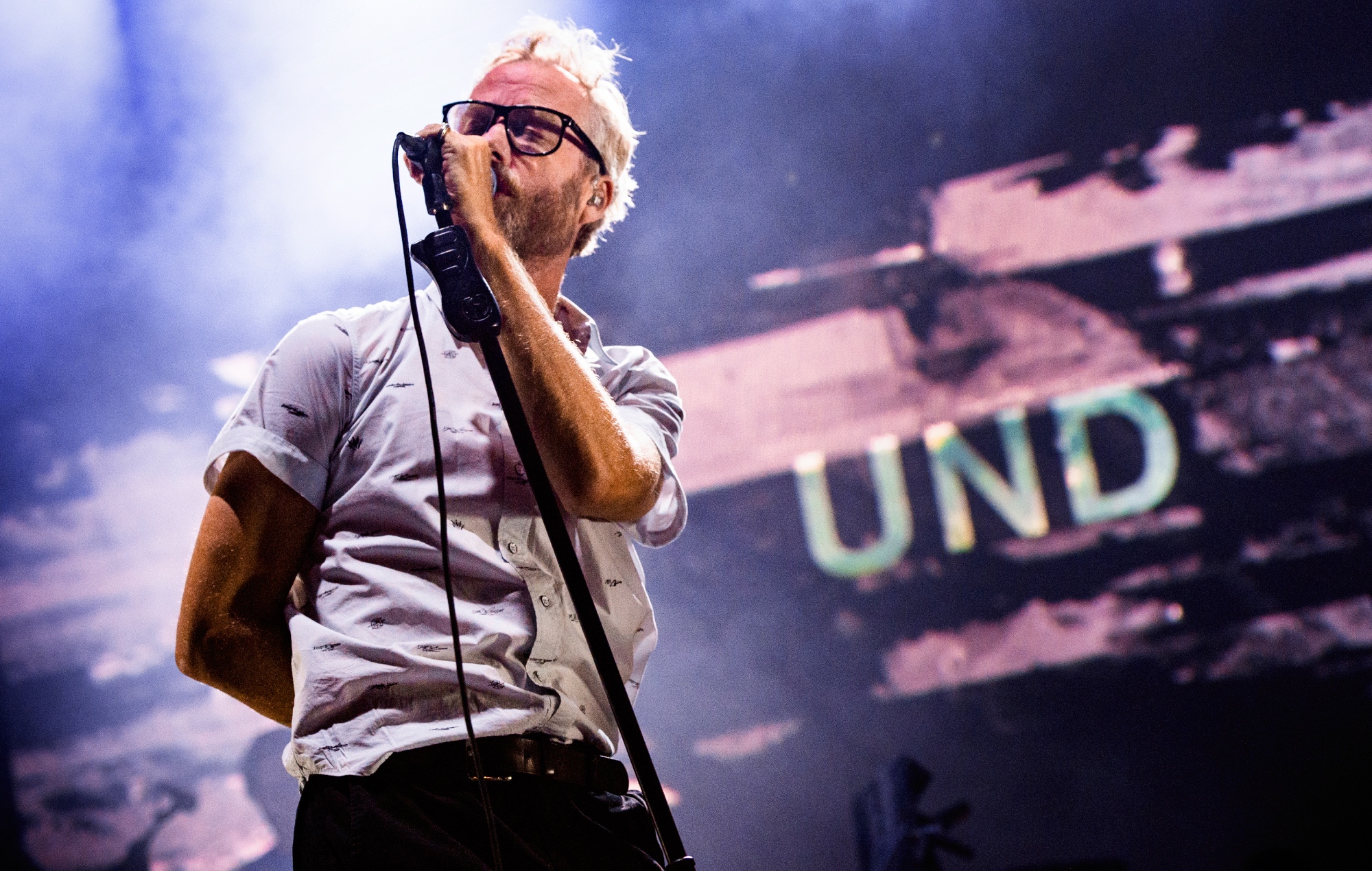 The National have teased the arrival of a new song called ‘Tropic Morning News’ this week.

On their social media profiles, the band shared that the song from their upcoming new – and as as yet untitled – album would arrive tomorrow (January 18) at 17:15 GMT on BBC 6Music and at 12:30pm ET via YouTube.

The song has been a staple of the band’s live shows this summer. You can see a live performance of this below, along with the band’s post:

The band posted a short clip on Twitter featuring 25 seconds of music with frontman Matt Berninger facing a piano. At the end of the clip he turns around holding up a book of Mary Shelley’s Frankenstein.

The band next shared a link on their Twitter page with the name of their website and the letters “lp9”.

It took the user to a passage from the book of Frankenstein but with a letter addressed to Mrs. Bridgers. In the letter, Taylor was mentioned along with a reference to “our good Uncle Sufjan.” These are likely references to Phoebe Bridgers, Taylor Swift, and Sufjan Stevens. Details are yet to be confirmed by the band.

Last year saw The National return with the single ‘Weird Goodbyes’, a collaboration with Bon Iver. Speaking about the song, Berninger explained at the time: “It’s about letting go of the past and moving on, then later being overwhelmed by second thoughts.”

As for the process of creating the track, the band’s Aaron Dessner added: “‘Weird Goodbyes’ was one of the first new songs we made. I was misusing drum machines, as usual, and stumbled onto this beat that got stuck in my head – it felt like something only Bryan could naturally play. We built the song around the beat.”

In September, the band shared a remix of Neu!‘s 1972 track ‘Im Glück’. Their new interpretation of the song featured as part of Neu!’s 50th anniversary boxset, which was released on September 23 via British-German label Grönland Records.

During a recent interview with NME, Bryce Dessner talked about what fans can expect from The National’s new material. “It’s starting to become something we’re really excited about,” he said. “It’s hard to say what shape it will take, but there’s a ton there.”

The National released their eighth and most recent studio album, ‘I Am Easy To Find’, back in 2019.