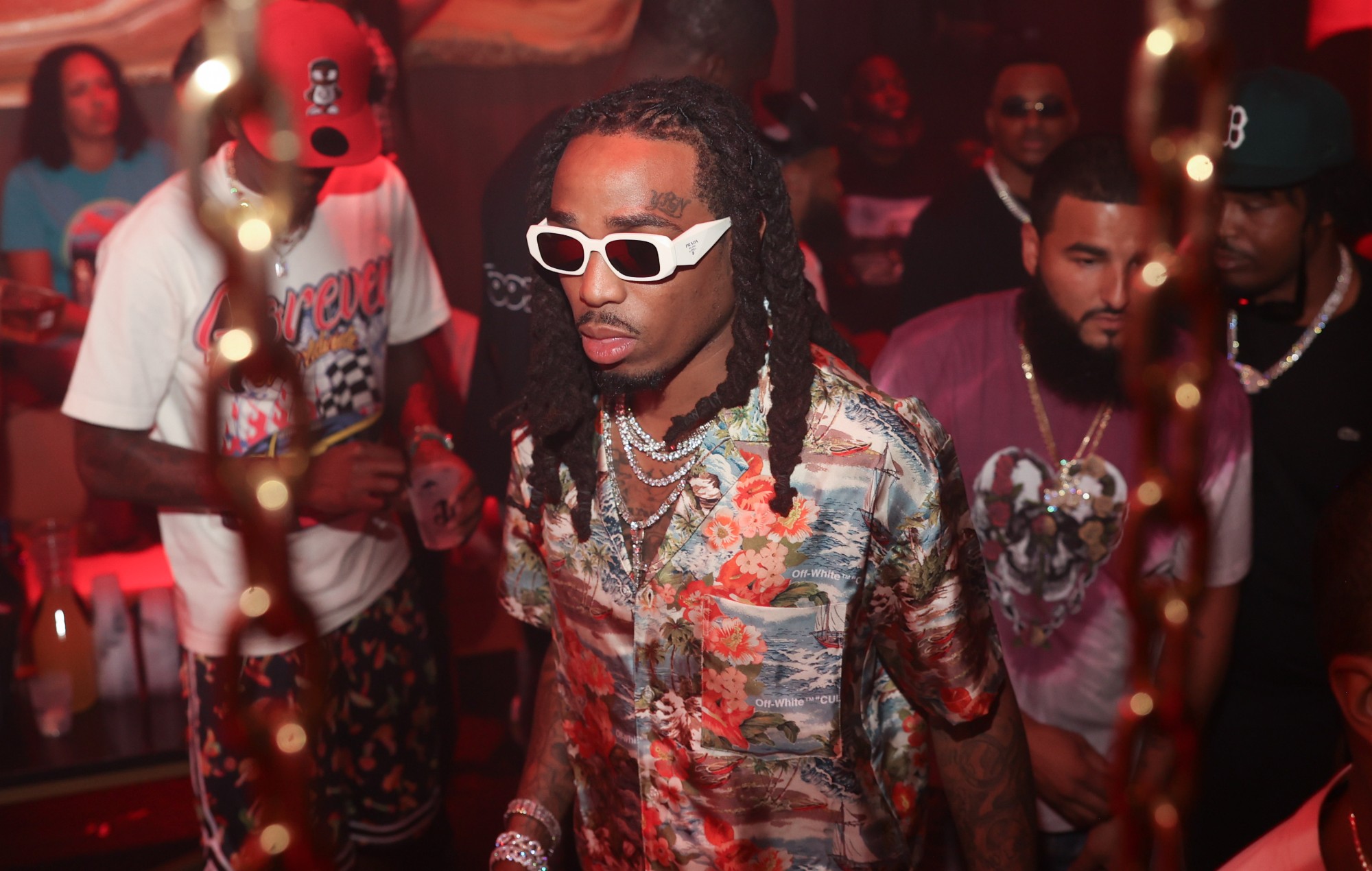 Quavo has revealed the reason behind Takeoff’s absence on the Migos song ‘Bad & Boujee’.

The rappers — who form two-thirds of the Migos trio alongside Offset — discussed the 2016 song in a teaser clip for the music podcast Rap Radar. During the snippet of the interview published Wednesday (August 17), podcast host Elliot Wilson questions why Takeoff wasn’t included on the track, which was the lead single of Migos’ sophomore album, ‘Culture’.

“I think it was just timing,” Migos explained. “We were just trying to get something out. We was actually pissed off because we had no music out”.

After airing frustrations about the delayed release of ‘Bad & Boujee’, Migos revealed that the rap trio was under a serious time crunch when producing the track, and “ended up leaking ‘Bad & Boujee’ on SoundCloud first.”

Further discussing the song’s origins, Quavo revealed that even he wasn’t supposed to appear on ‘Bad & Boujee’, but later “rushed” a verse alongside Offset and Lil Uzi Vert, who featured on the track’s final verse. “Shit, I wasn’t even finna be on it,” Quavo said.

“I had to do my verse on some quick, fast, in-a-rush shit. So it was just like everybody running to the song and trying to get it done”.

Takeoff’s absence from the song was the source of much internet attention upon ‘Bad & Boujee’’s release. In a viral red carpet interview at the 2017 BET Awards, Takeoff appeared defensive when quizzed about his exclusion, which culminated in a heated stand-off between Migos and interviewer Joe Budden.

Quavo and Takeoff’s appearance on the podcast adds to a slew of additional outings the pair have undertaken without their fellow bandmate Offset. Last month, Quavo and Takeoff were added to the line-up of Houston’s National Battle of the Bands event, with the collective’s third member excluded in the announcement.

Further fuelling break-up rumours, Quavo and Takeoff released the song ‘Us Vs. Them’ earlier this month. Through it wasn’t officially released as a Migos song, Offset was excluded from the track, which also features Gucci Mane.

Responding to earlier speculation in June following Migos’ withdrawal from 2022’s Governors Ball festival, a representative of the trio stated that despite the cancellation, Migos were still a group, with TMZ citing scheduling conflicts as the reason behind their removal.