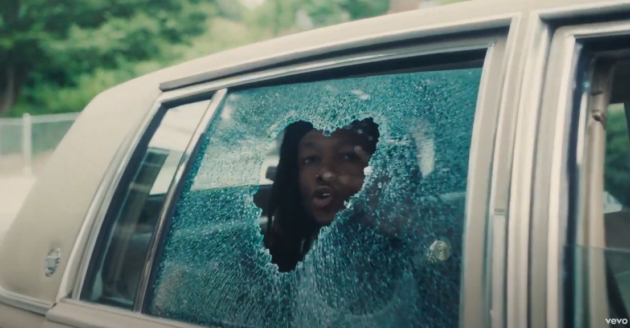 Anchored by a bouncy and baleful beat by Christo and Aviad, JID reps his city while Kenny Mason and Foushee handle the hook. The accompanying video mirrors the song’s narrative themes including rioting citizens, prostitution, a racially motivated shooting, police raids, strippers, and more.

The Forever Story, is finally penciled in for a August 26 release. It previously spawned “Surround Sound” featuring 21 Savage and Yung Baby Tate.

JID most recently released his “29 (Freestyle)“. He can also be heard on the Dreamville mixtape, D-Day: A Gangsta Grillz Mixtape and John Legend’s “Dope” single.