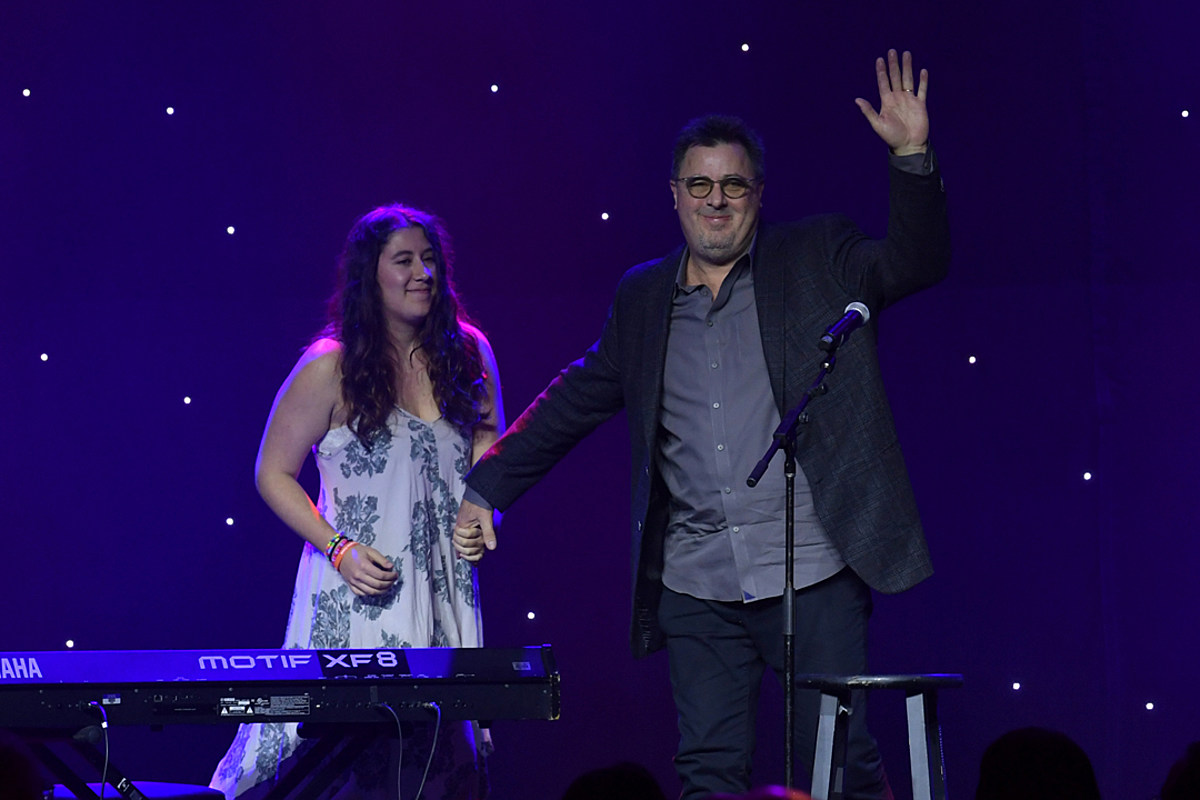 Vince Gill and Amy Grant‘s daughter, Corrina, joined Gill live on stage during his performance at the historic Ryman Auditorium in Nashville on Thursday night (Aug. 4), and she broke down in tears during an emotional performance of his song in tribute to her mother, “When My Amy Prays.”

Gill is performing a 4-night run at the iconic venue, which is known as the Mother Church of Country Music, from Aug. 4-7. According to a Facebook post from a fan who was on hand for Thursday night’s performance, Gill ended the show by introducing Corrina, his and Grant’s only shared biological child.

She took the stage to sing his tribute to his wife, which he included on his 2019 album Okie. The song details the difference Gill perceives between his wife’s rock-solid Christian faith and his own struggles with it.

“All my life I’ve known of Jesus / But that connection never came / And when my world was torn to pieces / I still couldn’t call his name / But when my Amy prays, when my Amy prays / That’s when I see his face,” Gill sings in the chorus.

In the fan-shot video below. Corrina begins the song before she’s quickly overcome with emotion, her voice wavering as she gets tearful at the song’s sentiment.

“I’m just like my dad,” she tells the audience before recovering to deliver a strong, emotionally resonant performance, changing the tag line to “when my mama prays.”

Grant is one of the most prominent Contemporary Christian singers of her generation. She and Gill married in March of 2000, and they welcomed Corrina in March of 2001. Both singers also have kids from previous marriages.

In a 2021 interview with CMT, Gill reflected that sometimes people misperceive his own views of faith due to his wife.

“While you may assume I’m something because of being married to this very, very prominent Christian singer, my life isn’t quite like that,” he stated. “To me, it’s a really neat testament to we don’t all have to be the same so much to get along and like each other.”

Gill is back on stage after canceling several concert dates recently in response to Grant suffering a fall while riding her bicycle in a Nashville-area park on July 27. She landed in the ER after the accident, and she has also postponed several upcoming concerts to take additional time to heal.

Grant is among the artists slated to receive the Kennedy Center Honors later in 2022.