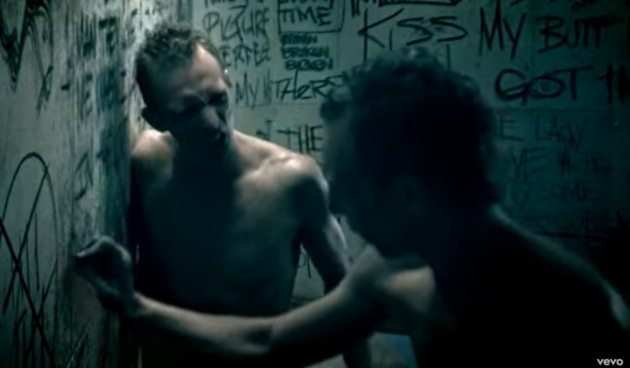 After over 13 years since the song’s debut, Eminem reaches into the Shady vault and releases the lost video to his Dr. Dre and 50 Cent collaboration, “Crack A Bottle”.

The sinister clip centers a demented junkie who’s 40oz bottle depicts various scenes including a patient jotting down the rapper’s lyrics on a wall while holding his psychiatrist hostage. Elsewhere, customers get inked at a tattoo parlor and girl-on-girl action takes place at a brothel and a bar.

“Crack A Bottle” is the lead single off Eminem’s 2009 album, Relapse. It is featured on Em’s new greatest hits collection Curtain Call 2, dropping Friday (Aug. 5), which will also include a new unreleased 50 Cent collaboration, “Is This Love” produced by Dr. Dre.