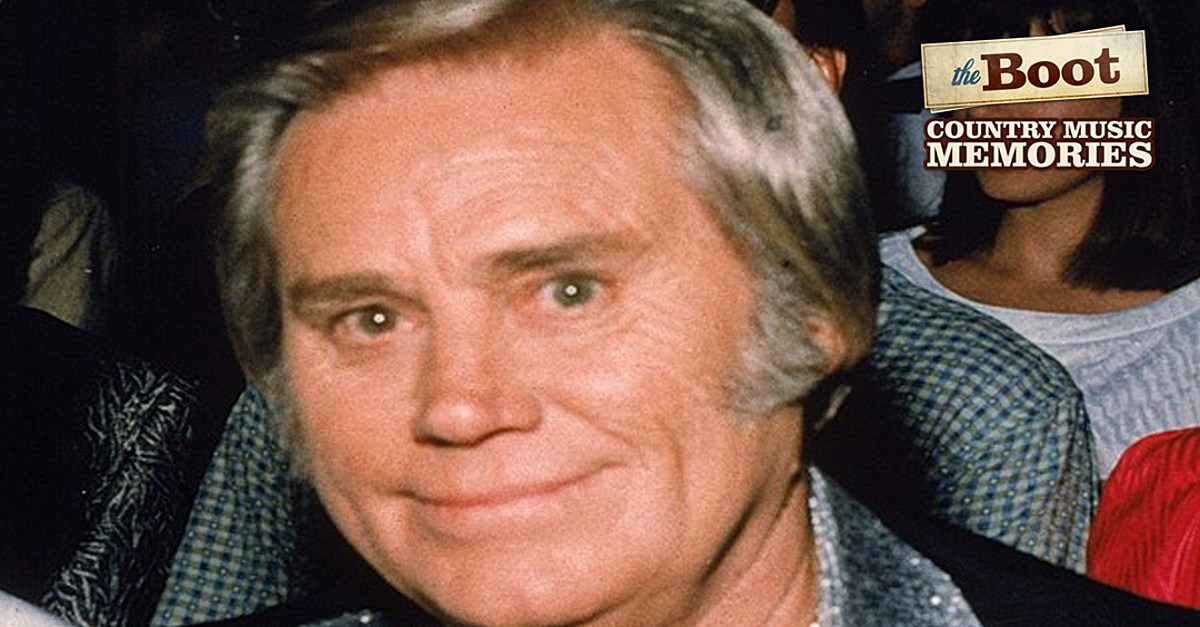 “I Always Get Lucky With You” is sung from the perspective of someone with so-so luck (“I keep two strikes against me / Most all of the time / And when it’s down to just a phone call / I’m minus a dime”) who nevertheless has an ace in his pocket: “There’s been good days, and bad days / But when the day is through / I always get lucky with you.”

Musically, “I Always Get Lucky With You” is a romantic slow dance driven by twinkling piano, dramatic string arrangements and waltzing pedal steel. Jones’ leathery voice cracks with emotion and tenderness as he sings the chorus, in particular the line “But I always get lucky with you.”

Haggard — who penned “I Always Get Lucky With You” with Freddy Powers, Gary Church and Tex Whitson — first recorded the song himself for 1981’s Big City. According to Rolling Stone, Whitson suggested to Jones’ producer, Billy Sherrill, that the legend record the tune; however, Sherrill didn’t mention who wrote it, as Jones and Haggard — old friends who had collaborated on the songs “Yesterday’s Wine” and “C.C. Waterback” the previous year — were apparently on the outs at the time.

“I Always Get Lucky With You” was Jones’ ninth (and last) No. 1 single, and was one of three hits from Shine On: “Shine On (Shine All Your Sweet Love on Me)” reached No. 3, while “Tennessee Whiskey” landed at No. 2. The album itself was also a hit, peaking at No. 7 on the country charts.

LOOK: Do You Know These Country Stars’ Nicknames?