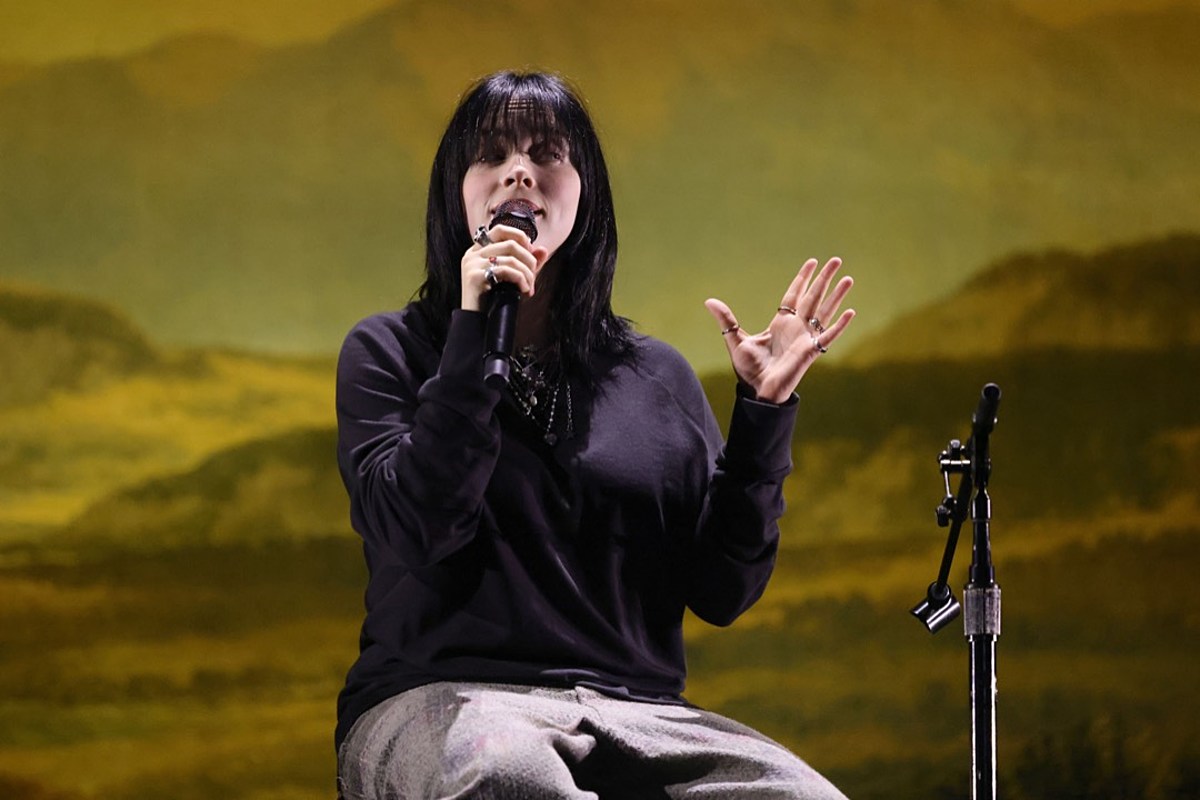 Billie Eilish is making fans happier than ever with the surprise release of new music.

Speaking to Apple Music’s Zane Lowe, the singer said the line about Roe v. Wade was actually written as “a placeholder of doom” several weeks before the law was officially overturned.

“I mean, it was the day of Glastonbury that it happened, and… we were at this house, and I was sitting with the dogs in the grass,” Eilish explained.

“My mom came out, and she just stood there, and she went, ‘They overturned it.’ We all were just like… God, it was like a curtain of doom,” she continued. “I mean, there was almost no even reaction. I had this, I guess, now that I think about it, unrealistic hope that that wouldn’t happen. We wrote that line when the news got out about the fact that they’re considering overturning it, and we wrote that line then. It’s a really scary world right now.”

The EP also features a track called ”The 30th,” which is about a car accident.

Listen to Billie Eilish’s “The 30th”:

She told Lowe that “TV” and “The 30th” are the only new songs she has under her belt at the moment. However, she also shared she and her brother Finneas want to work on another album next year.

Eilish created Guitar Songs after she looked through her old voice memos and found some recordings she’d forgotten about but loved.

Eilish’s previous release, Happier Than Ever, was a huge success and scored a total of seven Grammy nominations. It debuted at No. 1 on the Billboard 200 chart, moving 238,000 album-equivalent units.