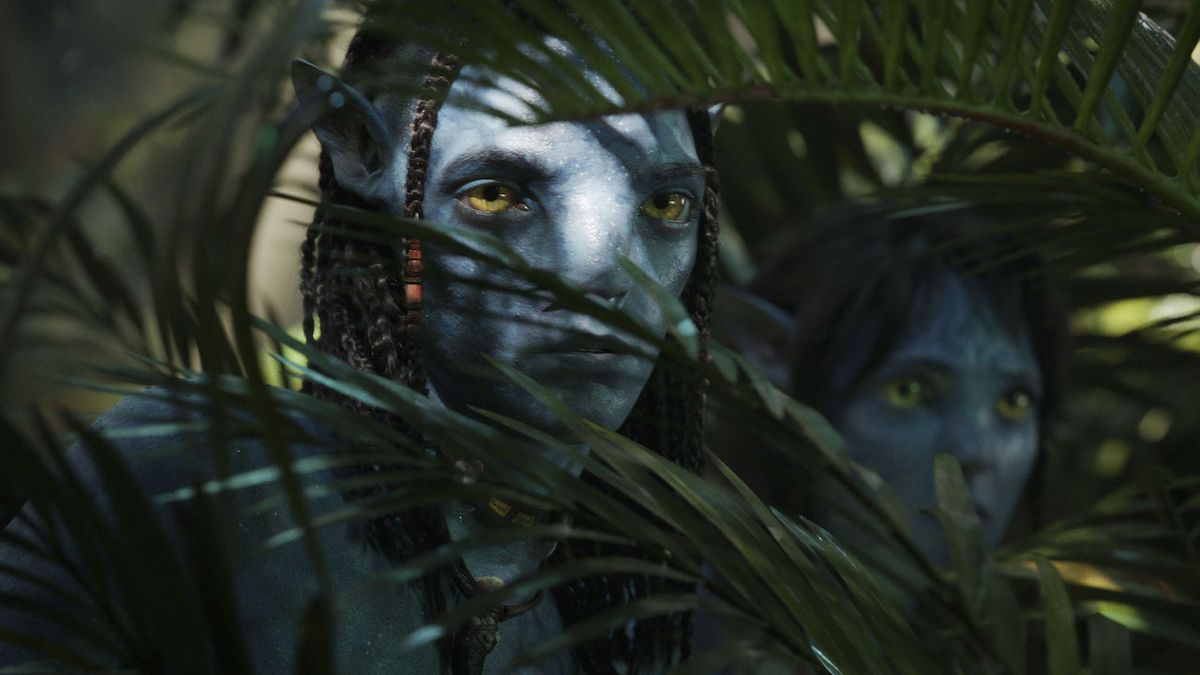 Over ten years since the theatrical debut of James Cameron’s Avatar, which would unseat Titanic and become the highest-grossing movie of all time, the science fiction adventure franchise will finally return later this year with a sequel. We only know so much about The Way of Water right now, and more is sure to be revealed. But one major element of it that we do is that it’ll introduce Jake Sully and Neytiri’s kids, who were added to the storyline for a specific reason that’s near to the filmmaker’s heart.

James Cameron has been planning his Avatar sequels pretty much since the original movie released in 2009. The writer-director is a shrewd filmmaker, who is typically very deliberate when it comes to the creative decisions that he makes. When Cameron was asked about the decision to give its protagonists, played by Sam Worthington and Zoe Saldana, children, he explained that it adds something crucial that he doesn’t think is present in contemporary fantasy films:

As the legendary director explained to Empire, in some large franchises, heroes stand alone without families. Also, James Cameron himself has a large family, and it’s an important part of his life. With that, he decided to add the young characters to the upcoming 2022 movie and presumably the other planned sequels.

From what we know, Jake and Neytiri will have three biological Na’vi children in Neteyam (Jamie Flatters), Lo’ak (Britain Dalton) and Tuktirey (Trinity Bliss). Additionally, they will come across an orphaned human boy that they take in played by Jack Champion. Additionally, Sigourney Weaver will play a Na’vi teen named Kiri, thanks to the power of motion capture. Her original character in the franchise, Dr. Grace Augustine, died in the first movie.

Also part of the Avatar: Way of the Water cast are Stephen Lang, Kate Winslet, Michelle Yeoh, Vin Diesel, Cliff Curtis and Jemaine Clement, just to name a few. The movie implements some cutting-edge technology, especially when it comes to its many underwater sequences, which were filmed with performance capture… underwater – a first in cinema history.

James Cameron is making Way of the Water to specifically be enjoyed on the big screen, which he is confident the “audience wants.” And considering the massive number of views the Avatar 2 trailer received when it dropped online (which allowed it to surpass recent Star Wars movies along with Black Widow and Incredibles 2) this could be another huge release for Cameron.

We don’t know the runtime, but given James Cameron’s recent words about it, it looks like it’ll be a long sit. But if the dynamic amongst this new movie family is as compelling as the director is teasing, it should be entertaining throughout. Avatar: Way of the Water hits theaters on December 16th. You can also stream the first movie now with a Disney+ subscription.

Dwayne Johnson Thanks Fans For 20 Years In Hollywood, Reflects On His Humble Beginnings
Paramore Play ‘Misery Business’ at First Show in Four Years
Serj Tankian Releases Artsy Black-and-White Visualizer for “The Race”
Dahmer: Evan Peters Drama Racks Up Huge Numbers in Week Two
London Based Singer/Songwriter Tony Moore Releases His New Single “I Cry For You” On October 14th As A Tribute To His Late Mother