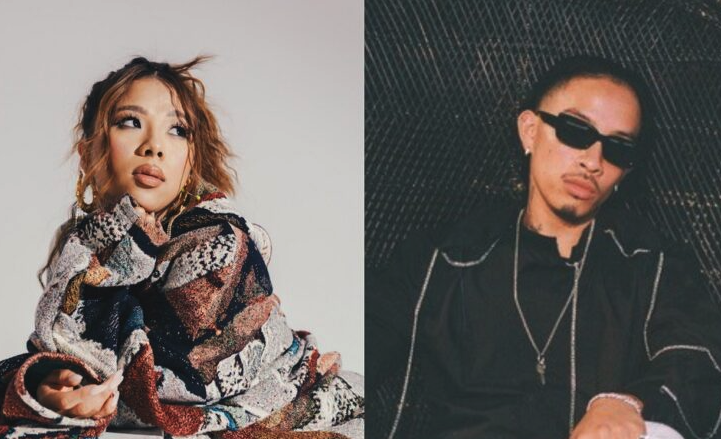 Thuy works overtime on the lustrous, guitar-based track to make her respective partner know she will be around for the long haul.

She lightly sings, “You can try to act tough but I see right through you / I know you been through a lot they can’t walk in your shoes / Baby let your guard down / Worlds loud we could shut it out / You can put ya trust in me if you choose.”

RINI sees some hesitation on his girl’s part but does a smooth job at reassurance. “I’m ready to give you everything / But I don’t know if you are ready to do the same / Don’t matter to me how long you take / No one knows you like I do” he sings.

Of new single “Trust,” Thuy said, “Trust is something you build with another person. You spend time growing and learning each other, and somewhere along the way, the goal is to become two pieces of a greater whole. ‘trust’ details the journey of nurturing love and growth, which can only happen when you let down your guard and open up.”

“I’m so so happy I got to be part of this beautiful song, it’s the perfect summer Jam and the visual really speaks to me and I know it would do the same for a lot of people who are in relationships. Thank you Thuy for creating this gem with me,” RINI added.

“Trust” comes after Thuy’s recently released cover of Tamia’s classic “So Into You,” which she did for Spotify Singles. It also follows the expanded edition of her debut EP, I Hope U See This, which was released on May 24.

The new version featured five additional tracks, including the bouncy “Inhibitions” with P-Lo. Thuy also collaborated with Destiny Rogers, DCMBR and Christian Kuria for I Hope U See This (Deluxe).

In August, Thuy is set to perform at the Outside Lands Festival at San Francisco’s Golden Gate Park.

RINI spoke to Rated R&B about Constellations collaboration with Maeta in a November 2021 profile. “I had my original verse as her verse, and I had to rewrite that for her,” RINI explained.

“It kind of turns into a male-female conversation, which made the song really cool. I haven’t met Maeta personally, but she heard the song and she loved it. She killed that.”

In the same interview, RINI teased a deluxe version of Constellations and an entirely new album.