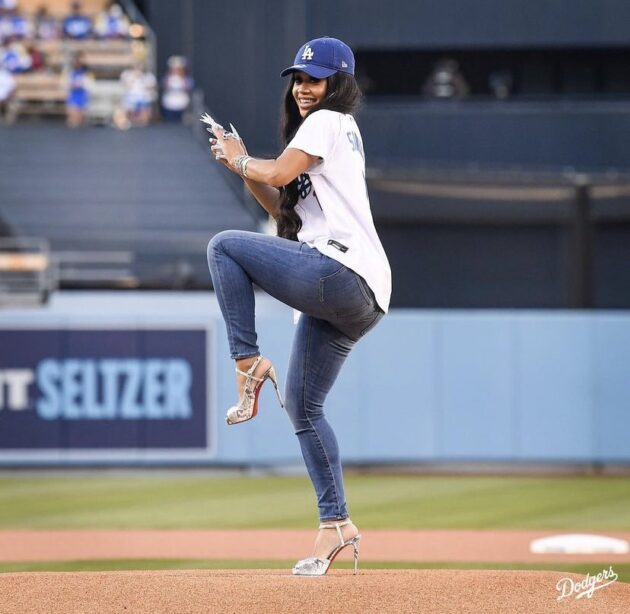 Saweetie repped her state and heritage with her opening pitch at the Los Angeles Dodgers game. The Bay Area native was tapped in for the ceremonial pitch as part of the Dodgers’ Filipino Heritage Night on Thursday (Jul. 7).

Sporting a custom-made Dodger jersey, a Dodger cap, Louboutin high heels, and her extra long and diamond-studded nails, the 29-year-old rapper strutted to the mound of L.A.’s Dodger Stadium and managed to throw an impressive pitch to Dodger outfielder Mookie Betts. The game ended with the Dodgers defeating the visiting Chicago Cubs 5-3.

Reba McEntire Thanks Loretta Lynn for ‘Paving’ the Way in Tribute
London Based Singer/Songwriter Tony Moore Releases His New Single “I Cry For You” On October 14th As A Tribute To His Late Mother
Paramore Play ‘Misery Business’ at First Show in Four Years
Serj Tankian Releases Artsy Black-and-White Visualizer for “The Race”
Dwayne Johnson Thanks Fans For 20 Years In Hollywood, Reflects On His Humble Beginnings