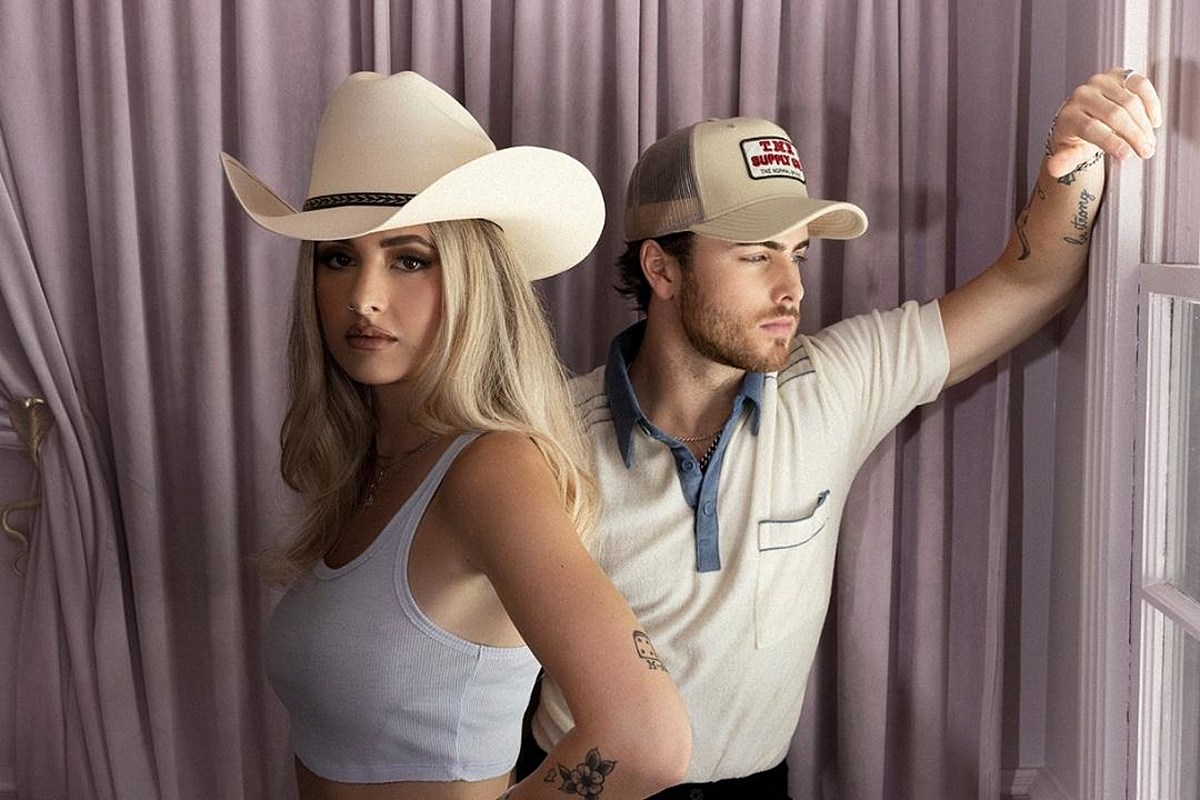 Temecula Road went through something this year that they saw coming, but couldn’t fully prepare for. In March 2022, their longtime member Maddie left the group, leaving Dawson Anderson and his sister Emma Salute to figure out the next steps.

While they ended things on a supportive and love-filled note, it did not discount the issue at hand — they had been building their music career on three-person harmonies and even signed a record deal with Warner Music Nashville as a group.

“This is something that we want to talk about. It’s such a huge thing that happened to us. We based our sound around three-part harmonies our entire career from day one. So it was a scary transition for us,” Salute tells Taste of Country. “We built this incredible team around us, and they all signed a trio, not a duo, so we were unsure what that would look like from the working side of things sonically.”

Fortunately for the California natives, at least one thing was certain in this transition: They weren’t calling it quits, nor were they interested in finding a replacement to fill Maddie’s spot.

“Heck no! 33.3 percent is going to go to 50 percent Let’s rock and roll!” Dawson says in jest, referring to the increased profit margins from a two-way split.

“But in all seriousness, we never considered it because what we had been creating together for the three of us was really for the two of us, and we didn’t even know it. So it was like, ‘No one’s ever going to be locked in as we are and no one’s going to spend more time than we are together,” he explains. “It’s so much more powerful as a duo. The music we were writing was [already] lending itself more to a two-part kind of duet style versus three-part harmony.”

After working hard to perfect their harmonies as a pair, Temecula Road are ready to introduce themselves with a spellbinding charmer, “Heartbreak in Boots.”

“It fell out of us,” Dawson says of the song, which he co-wrote with Casey Brown, Parker Welling and Salute. “We were on Tims Ford Lake in Tennessee at a writing camp and wrote that song in about an hour. We knew it was special. When we got the demo back, we just knew there’s something very unique about this song.”

After “Heartbreak in Boots” was written, Salute decided to spontaneously record a somber cover of her playing the song on acoustic guitar in her dimly-lit living room. That video was immediately uploaded to her personal Instagram page the night of, before being crossposted to the duo’s official Instagram and TikTok pages the next day.

“Considering our traction at that time, it really put us in a good place and allowed us to have the conversation about releasing music. It wasn’t because we weren’t going to, that was our plan all along. But it was a good push,” Salute notes.

“It was good motivation for us, good motivation for the team, and it was exciting too because everyone loves a good viral moment,” Anderson concurs. “ It’s always more special when you don’t really think about it and put too much time into it. You could spend five hours creating the coolest idea for a TikTok, have the best wardrobe, make the best scene, and it may flop. And then it’s like, ‘I’m high one night and I’m going to post this TikTok’ and it goes up and does that,” he adds, referring to the spontaneity of Salute’s posting.

Temecula Road are set to release two more songs this year before returning to the studio to work on a project that is slated for release in early 2023. The music will proudly display the pair’s newfound sound, which harmoniously blends their country roots with a multi-genre list of musical influences, including Tim McGraw, Rascal Flatts, Fleetwood Mac, the Eagles, Michael Jackson and their Warner Music Nashville labelmates, Dan + Shay.

“I think over the past two years of writing songs every day, we naturally found our sound, which is something we’ve been looking for for a long time. It goes back to our roots and what we grew up listening to, all the ‘90s and 2000s country stuff,” they tease, while also citing Faith Hill, Lady A, and Jo Dee Messina as cornerstone influences. “Everything’s going to be really countrier than before. We have fiddle, pedal steel, dobro — I mean, we’re going back in time!”

In addition to releasing new music, Temecula Road are also looking forward to returning to the Grand Ole Opry stage for the first time as a brand-new duo following their group debut in 2019. This along with having a No. 1 song on country radio, drawing in hard ticket sales, and ascending to headlining acts are things they hope to achieve in their career.

“We’re in no hurry, of course. We’re working hard, but we’re trusting the process and enjoying this part of our career. We’re hoping and praying and we know deep down that where we’ll be in 10 years is where we’ll wanna be. So, we’re enjoying this right now but we’re excited.”