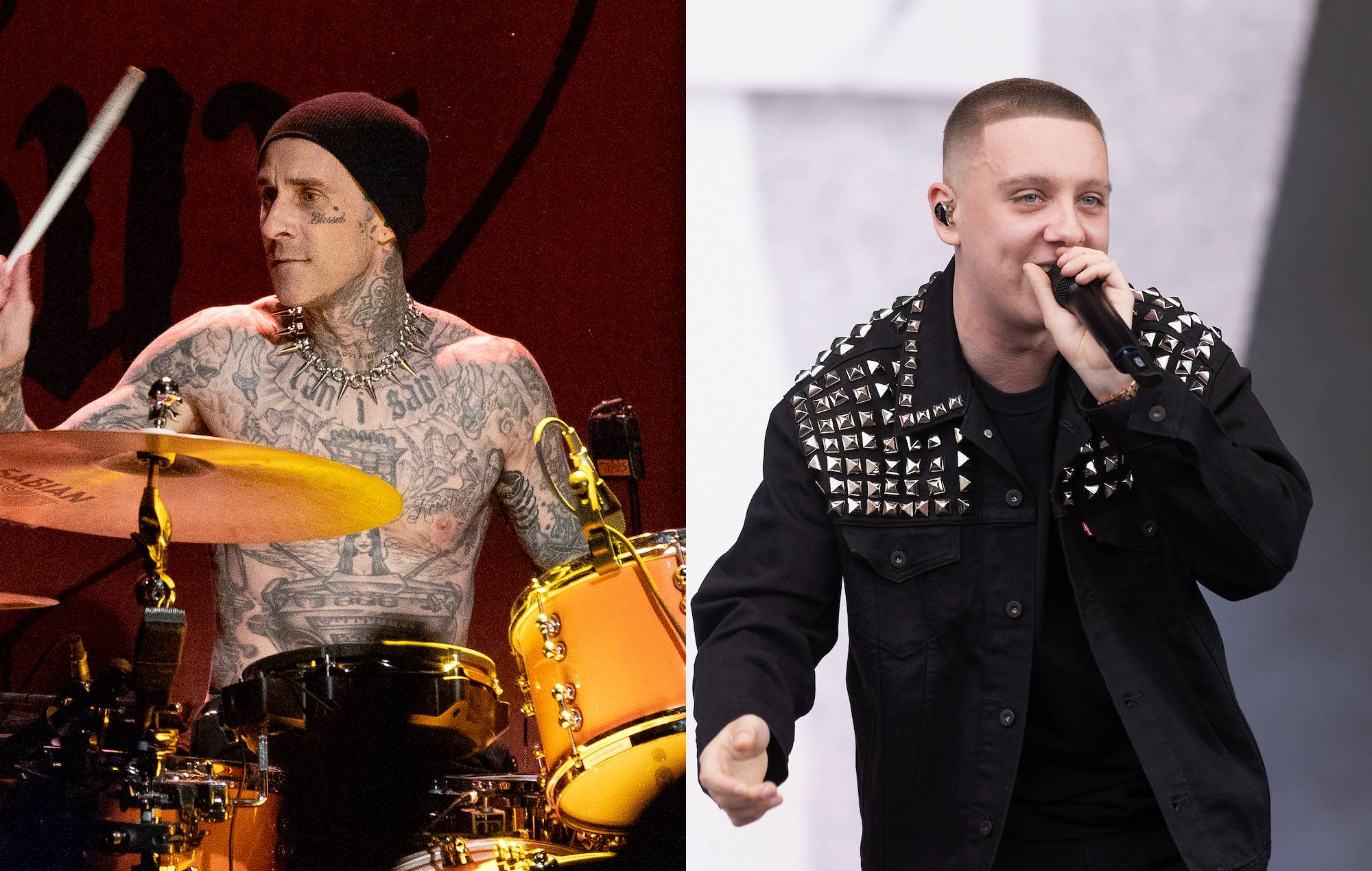 Travis Barker and Aitch are among a host of artists set to launch new NFTs with LimeWire as the file sharing site relaunches as a crypto marketplace.

Over the coming weeks, they will launch new collectibles on the marketplace alongside the likes of Brandy, Nicky Jam and more.

“I have always been interested in Web3 and NFTs so I am pretty stoked to release my first NFT collection and to do it on LimeWire,” Barker said in a statement.

“I hope that my NFT collection will inspire aspiring artists and fans who want to learn about my creative journey and how I make music. LimeWire has created a platform that makes exciting content like this accessible to all of my fans – even ones who are unfamiliar with Web3.”

The Blink-182 drummer’s collection, his first ever NFTs, will feature “behind-the-scenes footage of himself working in the studio, allowing the NFT collectors to have a first-hand look at his creative process. Owning this collection unlocks an exclusive song.

“Barker will also release a one-of-one NFT that is a 3D model of his drum set and the physical drum set he used at concerts/during rehearsals/in his home.”

Aitch’s collection, meanwhile, is based around upcoming debut album ‘Close To Home’ and the NFT artwork “will represent each track in his album starring some subtle hints of music features.”

Relaunching with a BANG!💥
We’re bringing you digital collectibles, created by your favorite artists, all in one marketplace.
Register via https://t.co/YWnSQ6GHr3 and follow the creators to be first to learn about all exclusive drops.#LimeWire #LWCollectibles pic.twitter.com/0dmM01f9GC

“We see a huge demand in the entertainment space for platforms that recognise and appreciate artists for their talent and put them in the driver’s seat,” Limewire co-CEOs Paul and Julian Zehetmayr said in a statement.

“LimeWire presents a new commercial opportunity for artists of all sizes and genres to engage with their fans, gain more exposure in a unique way and retain more of their earnings.”

The popular peer-to-peer file sharing service was ordered to be shut down in 2010 following a court injunction that was issued by US federal court judge Kimba Wood.

LimeWire is now set to return in its new guise as “a one-stop marketplace for artists and fans alike to create, buy and trade digital collectibles without the technical crypto requirements of the current NFT landscape”.

Initially focusing on music, the company is aiming “to bring digital collectibles into the mainstream” and attract one million users in its first year “through partnerships with major artists in the music industry”.