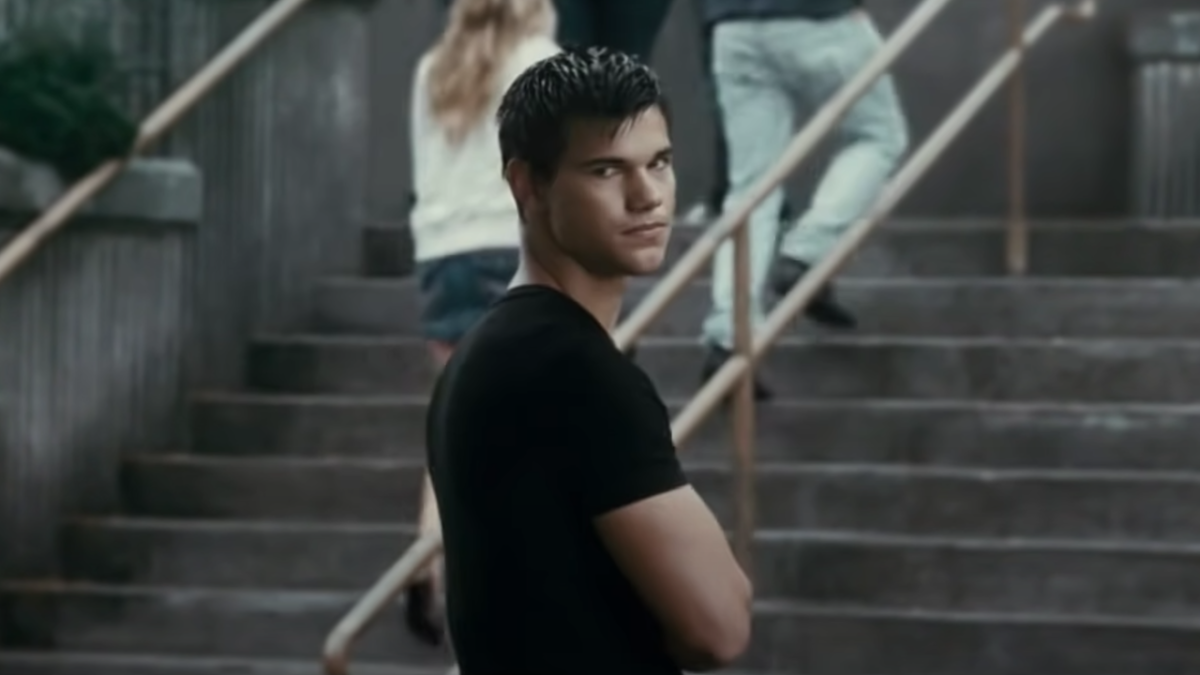 Twilight actor Taylor Lautner revealed that he is engaged to be married this past fall. He’ll be tying twith Taylor Dome, a registered nurse, who he had been dating for three years prior to getting down on one knee. As the happy couple are likely in the midst of wedding plans, Dome took to social media to “come clean” about who her childhood crush was, and it’s the opposite of Team Jacob, a fact that led Lautner to share a perfect response.

That’s right, Taylor Lautner’s wife-to-be is a Twilight fan, but she wasn’t rooting for his character Jacob prior to their meeting. As she shares in a funny Instagram post, she was crushing on Robert Pattinson’s Edward Cullen back in the day. Check out her video:

Taylor Dome put a hilarious spin on a TikTok trend, where people show the fictional character they were crushing on as a kid and then reveal their person. Sometimes the trend shows the subject’s partner looking just like their childhood crush but, in Dome’s case, she was Team Edward until her soon-to-be husband came into her life. What’s even funnier is the Jacob actor’s comment on the video:

In the Twilight saga, Taylor Lautner’s character was constantly shooting his shot with Bella, trying to steer her away from vampire life and into that of a werewolf. While he almost had her there in New Moon, his love for Bella ultimately went unrequited. However, in one of the creepier moments in the movie adaptations, Jacob ended up “imprinting” on Bella and Edward’s daughter, Renesmee, continuing his ties with the pair in an unexpected way.

So when the star says “bout time” he’s won something, he’s likely joking about the fact that after years of being second best to Robert Pattinson’s Edward in the film franchise, he won out in another love triangle and even better than that, gained some real love with Taylor Dome, which they’re surely hoping will last a lifetime.

The two met via the Twilight star’s younger sister, Makena Moore, who met Taylor Dome at a church in Nashville and “knew” she had to introduce the pair. Taylor Lautner and Dome proved to be the person they each wanted to settle down with because, in November 2021, Lautner popped the question to her. As the actor shared previously, Dome said he should propose in the kitchen, and he did. However, he went big with the proposal, surprising her with tons of flowers, candles and a sign that read “Lautner.”

Following his stint as a part of the YA movie series, Taylor Lautner has kept his Hollywood career low key, and it sounds partially due to the overnight fame that left him “super anxious” to leave his house at one point. It’s great to see the actor happy in his personal life, getting ready to get married to a woman he can now say is firmly Team Jacob.

If you’re missing the Twilight movies, you can stream them with an Amazon Prime subscription.