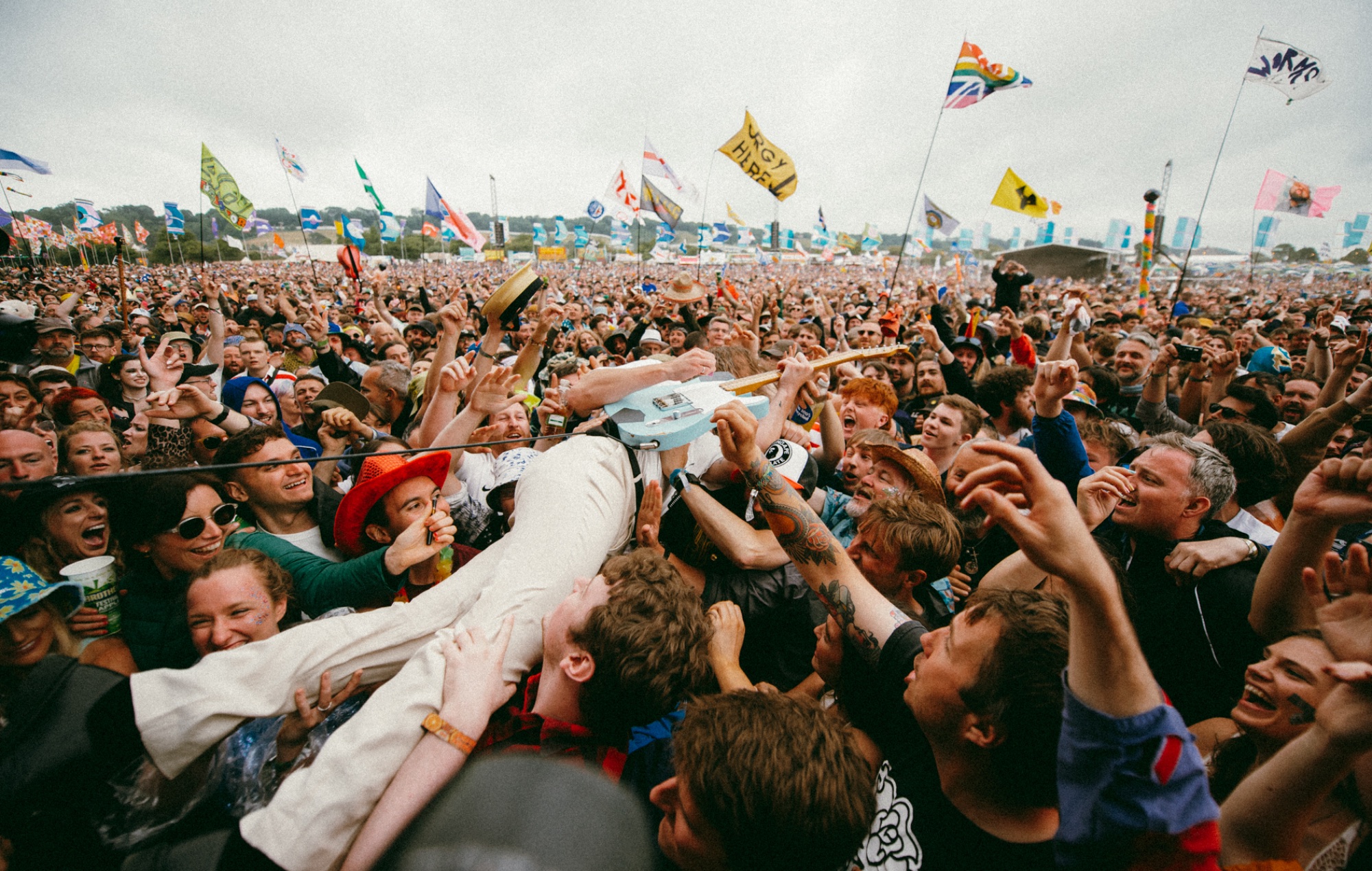 Glastonbury Festival returned to Worthy Farm this weekend – scroll down to see what the festival looked like in three minutes.

After the festival, organiser Emily Eavis shared a statement in which she called Glastonbury 2022 “surely the best one yet” and hailed “a remarkable feat by all artists and crew.”

Glastonbury 2022 was headlined by Billie Eilish, Paul McCartney and Kendrick Lamar, with a legends’ slot from Diana Ross and notable performances by Sam Fender, Olivia Rodrigo and more.

See all the highlights inside three minutes below.

Reviewing Glastonbury 2022, NME wrote: “The festival is all about unity, and sometimes you find it in unexpected places. Sleaford Mods’ scabrous, sweary take on post-punk might initially sound solo antagonistic, but frontman Jason Williamson regularly punctuates the set by sweetly checking the audience are still enjoying themselves.

“The band stand atop a wave of post-punk coursing through the bill: Yard Act stake their claim for Glasto greatness at William’s Green and IDLES make a surprise appearance at the BBC Introducing Stage, tearing through their near-seminal debut album ‘Brutalism’ in full.”

Many artists at the festival also took the opportunity to address the US Supreme Court’s recent decision to overturn the landmark abortion ruling Roe v. Wade. The move means abortion will no longer be protected as a federal right in the US for the first time since 1973, and each state will be able to decide individually whether to restrict or ban abortion.

Lorde gave an impassioned speech about the decision during her Sunday night set on the Pyramid Stage, while Phoebe Bridgers led her audience in chanting “Fuck the Supreme Court” on Friday night (June 24), while Billie Eilish used her headline set on the same night to make reference to the decision.

On Saturday (June 25), Olivia Rodrigo brought out Lily Allen to sing the British star’s ‘Fuck You’ together. Before they began the song, Rodrigo told the Other Stage crowd: “I’m devastated I’m terrified and so many women and so many girls are going to die because of this. I wanted to dedicate this song to the five members of the supreme court, who showed us that at the end of the day they truly don’t give a shit about freedom.” She also dedicated the song to the five justices involved, individually naming each one.

You can revisit all of NME‘s Glastonbury 2022 coverage, including live reviews, video interviews and photos, by heading here.

Video: Doe Boy “Front Door”
Criminal Minds Spoilers: Everything We Know About the Revival
Whitesnake pull out of North American tour with Scorpions due to health issues
Beyoncé calls Madonna a “masterpiece genius” in thank you note for ‘Break My Soul’ remix
Xavier Omär on New EP ‘b l u r r’: Interview