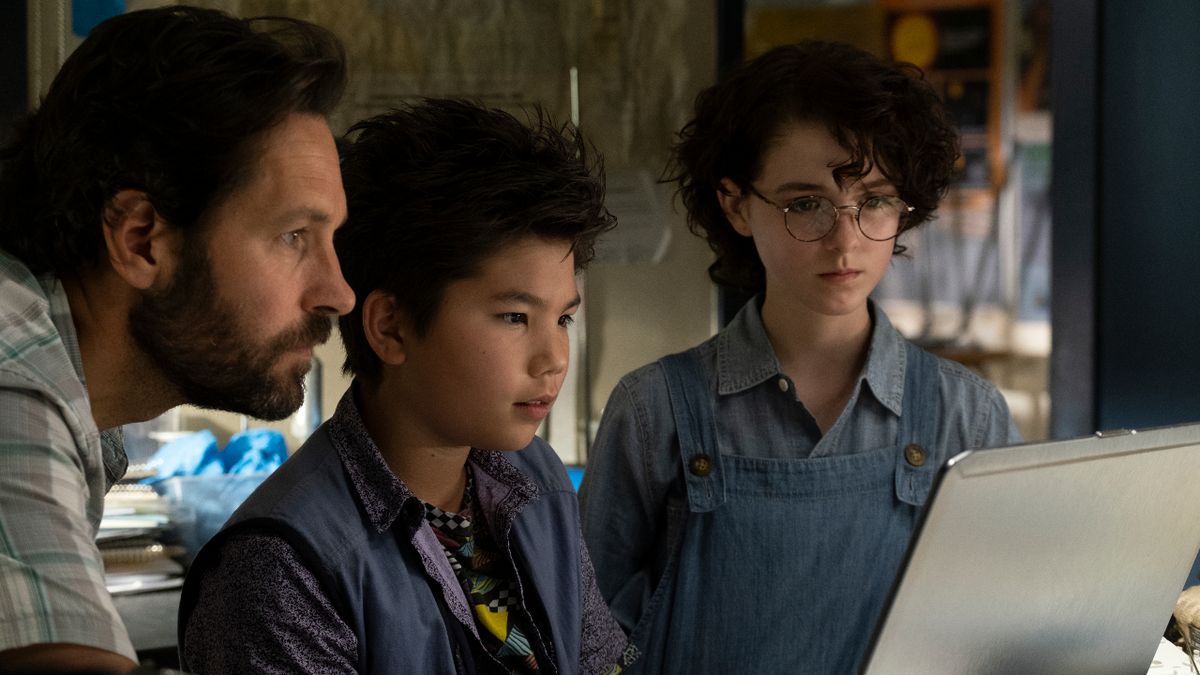 Last fall’s successful debut of Ghostbusters: Afterlife resurrected a cinematic classic into a new, modern franchise. Director Jason Reitman’s legacy-quel was so well received that another Ghostbusters sequel was confirmed at this year’s CinemaCon. That upcoming movie has found itself in the news again, as Afterlife’s sequel now has a release date that’s pretty close in the grand scheme of things.

Per an announcement issued by Sony Pictures Entertainment, the follow-up to Ghostbusters: Afterlife will hit theaters on December 20, 2023. Since ghost stories are an old time tradition for the holiday season, and the previous film raked in a pretty healthy $197.4 million upon its November 18, 2021 release, this feels like a good fit. Unfortunately, we still have no official title to this new film; and we’ll probably have to wait until those first trailers start to roll in to get one.

To be honest, that seems like a really quick debut for Ghostbusters: Afterlife 2. Then again, the ending to Afterlife did manage to lay down a pretty decent story foundation for whatever could come next. Especially when Ernie Hudson’s OG Ghostbuster Winston Zeddemore closed the movie out with a moment that’s already being used as a clue.

Previously announced under the codename “Firehouse” during this year’s Ecto-Fest celebration, the final location in Ghostbusters: Afterlife is already locked as where the next chapter of the Spengler family legacy will begin. Which, if that’s the case, then someone had better tend to that flashing red light on the containment unit at Ghostbusters HQ. We all remember what happened the last time that harbinger of doom showed itself, during “The Manhattan Crossrip of 1984.”

One last thing to consider with the next Ghostbusters movie is the sort of competition it’s pitting itself against on the 2023 movie schedule. Flanked by both the Timothee Chalamet-led prequel Wonka on December 15th, as well as the untitled Star Trek sequel on December 23nd, it’s going to be a competitive market. It could get even more brutal if Taika Waititi’s Star Wars movie hits late 2023, just as Lucasfilm Ltd. president Kathleen Kennedy has specified.

The movie market really does feel like it’s getting back to normal, doesn’t it? Between the increased competition, and the insane success of movies like Top Gun: Maverick and Jurassic World Dominion, it looks as though moviegoers are ready to get back out there. With 2023 bringing back nostalgic favorites like Indiana Jones and Ghostbusters in new sequels, another nostalgia fueled push could provide another windfall at a theater near you.

The untitled sequel to Ghostbusters: Afterlife will hit theaters with scary ghost stories and tales of Ghostbuster glory on December 20, 2023. Though it’s hard not to believe that whatever the proper name of this film will be, it’s already floating among us, just waiting to be trapped. In the meantime, if you want to revisit last year’s touching legacy-quel, it’s streaming in the Starz library at the time of this writing.