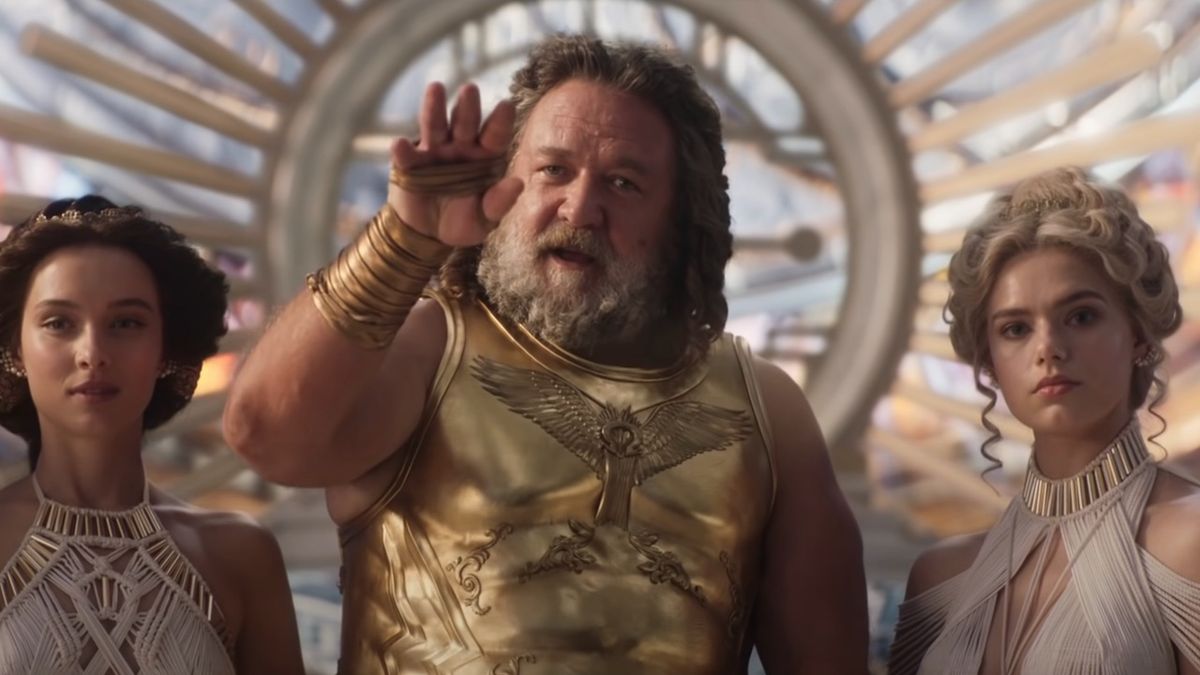 The last time we saw Russell Crowe on the big screen was in 2020’s Unhinged, where he played an irate driver hunting down a single mother. The actor is now a little under two weeks away from making his theatrical return in Thor: Love and Thunder, where he’ll play the Marvel Cinematic Universe’s Zeus. Before we officially meet this take on the Olympian God who “flicks too hard” (as seen in the Love and Thunder trailer), it’s been announced that Crowe is board a supernatural thriller titled The Pope’s Exorcist.

Russell Crowe will star in this upcoming horror movie as Father Gabriele Amorth, a real-life priest who served as the Vatican’s chief exorcist, performing 100,000 exorcisms before his death in 2016 at the age on 91. Amorth also wrote two memoirs, respectively titled An Exorcist Tells His Story and An Exorcist: More Stories, where he discussed his time battling Satan and the demons that terrorized people. Screen Gems acquired Amorth’s life rights (which included the two memoirs) from Michael Patrick Kaczmarek and the faith-based media company Loyola Productions, and now The Pope’s Exorcist is moving forward from the film studio with Crowe as its lead.

As shared by THR, Overlord director Julius Avery is helming The Pope’s Exorcist, and the current draft of the script was penned by Evan Spiliotopoulos, with Chuck MacLean handling revisions. Earlier draft were written by Chester Hastings & R. Dean McCreary, and later revised by Michael Petroni. Avery said the following about getting to team up with Russell Crowe on The Pope’s Exorcist:

It sounds like The Pope’s Exorcist is taking a cue from the Conjuring movies, i.e. telling a fantastical story drawn from real life events. That being said, it’s hard to say if Screen Gems is looking to use this as a way to launch a film series/shared universe, or if the studio is content with this being a one-and-done affair. Some of Screen Gems’ recent horror offerings include The Grudge reboot, Don’t Breathe 2 and Resident Evil: Welcome to Raccoon City. The plan is for The Pope’s Exorcist to begin in Ireland this September, so as we move closer to the start date, hopefully we’ll learn who else will join Russell Crowe in the movie.

Along with The Pope’s Exorcist and the nearly-arrived Thor: Love and Thunder, Russell Crowe has a number of other movies lined up in the coming years. He recently wrapped shooting Kraven the Hunter, which stars Aaron Taylor-Johnson as the title character, though it still hasn’t been officially revealed who Crowe is playing. The Gladiator star has also already finished Peter Farrelly’s upcoming Apple movie The Greatest Beer Run Ever, as well as Poker Face, which Crowe co-wrote, directed and stars in opposite Liam Hemsworth and RZA.

While we wait for more details about what to expect from The Pope’s Exorcist, the 2022 movie releases guide is available for your cinematic viewing later this year on both the big screen and streaming platforms.

Kung Fu Panda 4 Is Officially Happening, And We Know When It Will Be Released
Tom Holland Makes A Brief Return To Instagram To Share Candid Thoughts About Mental Health
Clayton Anderson Announces New Album, ‘Made in the USA’
3LW’s Kiely Williams on Lawsuit Against Taylor Swift: ‘It Has Nothing to Do With Me’
Kevin Costner’s Massive Western Has Cast A Stranger Things Star And More