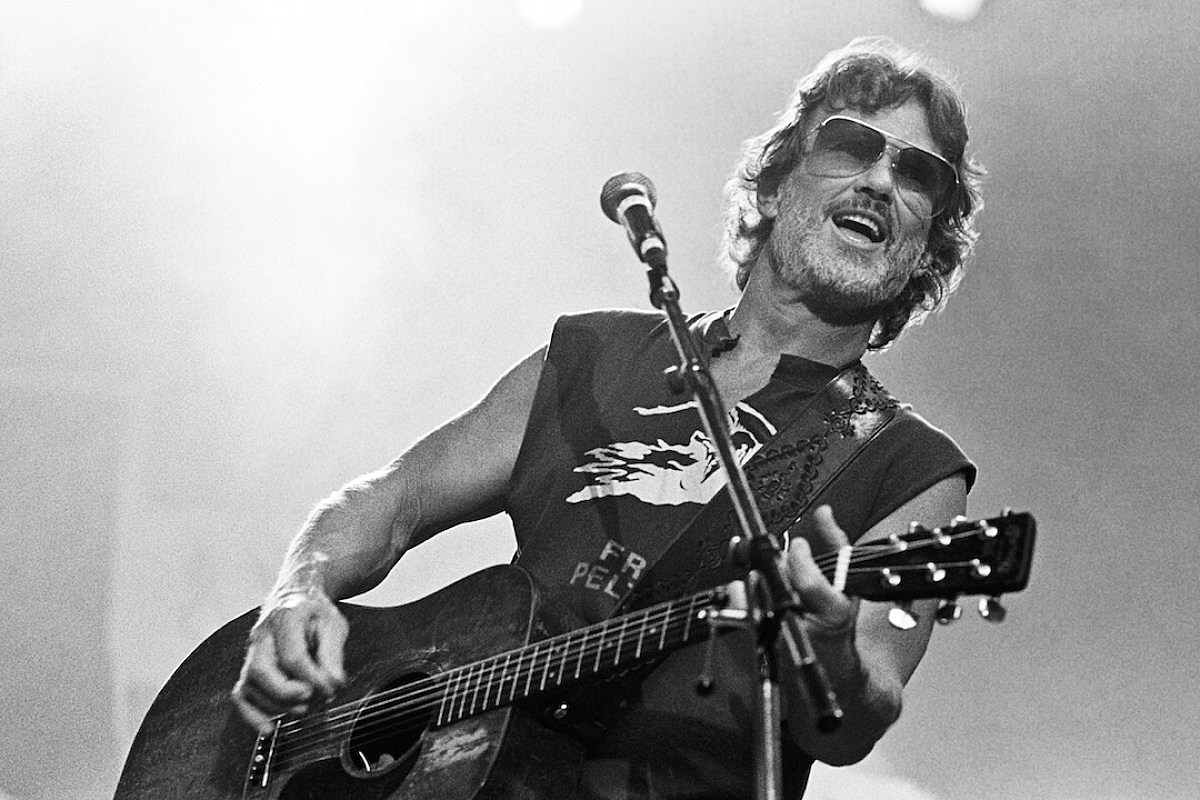 A brand new collection of previously unreleased live recordings from Kris Kristofferson will transport listeners back to an unforgettable night of music at one of the most iconic honky-tonks in history.

Kris Kristofferson Live at Gilley’s – Pasadena, TX: September 15th, 1981, set for release on Sept. 2 via New West Records, includes 15 previously unreleased recordings from the final night of the iconic singer-songwriter’s 1981 tour. The performance took place inside the now-closed Texas landmark that was spotlighted in the beloved 1980 film Urban Cowboy and co-owned by the late country artist Mickey Gilley.

Listeners can hear Kristofferson roll through classics like “Sunday Mornin’ Comin’ Down” and “For The Good Times,” with accompaniment from his all-star band, comprised of Stephen Bruton, Billy Swan, Donnie Fritts, Tommy McClure, Glen Clark and Sammy Creason.

The Boot is excited to exclusively premiere the outstanding live performance of “Me and Bobby McGee” from the record today (June 22), which also marks Kristofferson’s 86th birthday.

The iconic story-song was penned by Kristofferson after a phone call from fellow Country Music Hall of Fame member Fred Foster, who had an idea for a song title. Kristofferson put his own spin on the premise and brought the song to Roger Miller, who became the first to release it as a single. It has since been recorded by an array of fellow musical legends, including Willie Nelson, Jerry Lee Lewis, Dolly Parton and Charley Pride, among many others. Rock icon Janis Joplin‘s version of the track, which she recorded just days before her death in 1970, made it all the way to No. 1 the following year.

As Kristofferson rolls through ”Me and Bobby McGee,” the energy in the room is palpable, with waves of screams from the exhilarated crowd audible throughout the rollicking performance. Although the song has taken on a life of its own over the decades, Kristofferson’s fiery performance from the Gilley’s stage showcases his electrifying and unequivocal level of artistry.

Watch Kris Kristofferson’s previously unreleased performance of “Me and Bobby McGee,” live from Gilley’s, below:

“Me and Bobby McGee” is one of 15 songs included in this brand new collection, which includes exclusive, in-depth liner notes from Gilley, written before his passing on May 7, 2022.

“Kris was in his prime and his vocals were outstanding and very soulful as always,” Strait writes. “I got to play Gilley’s a few times back in those days and this record takes me right back there. You can tell the crowd is loving him and he’s loving them right back. That’s what it’s all about. It was an exciting time to say the least.”

Fans will have multiple opportunities to get their hands on their own special copies of the collection. A run of 300 limited edition white vinyl will be available at select retailers across Texas. Vinyl Me, Please will also have 750 opaque metallic silver vinyl copies up for purchase, and a limited amount of opaque red with white marble vinyl pressings will be available in select independent retailers.

The late Keith Whitley is best known for his hits “Don’t Close Your Eyes,” “When You Say Nothing at All” and “I’m No Stranger to the Rain,” but did you know he also penned these popular country tunes?