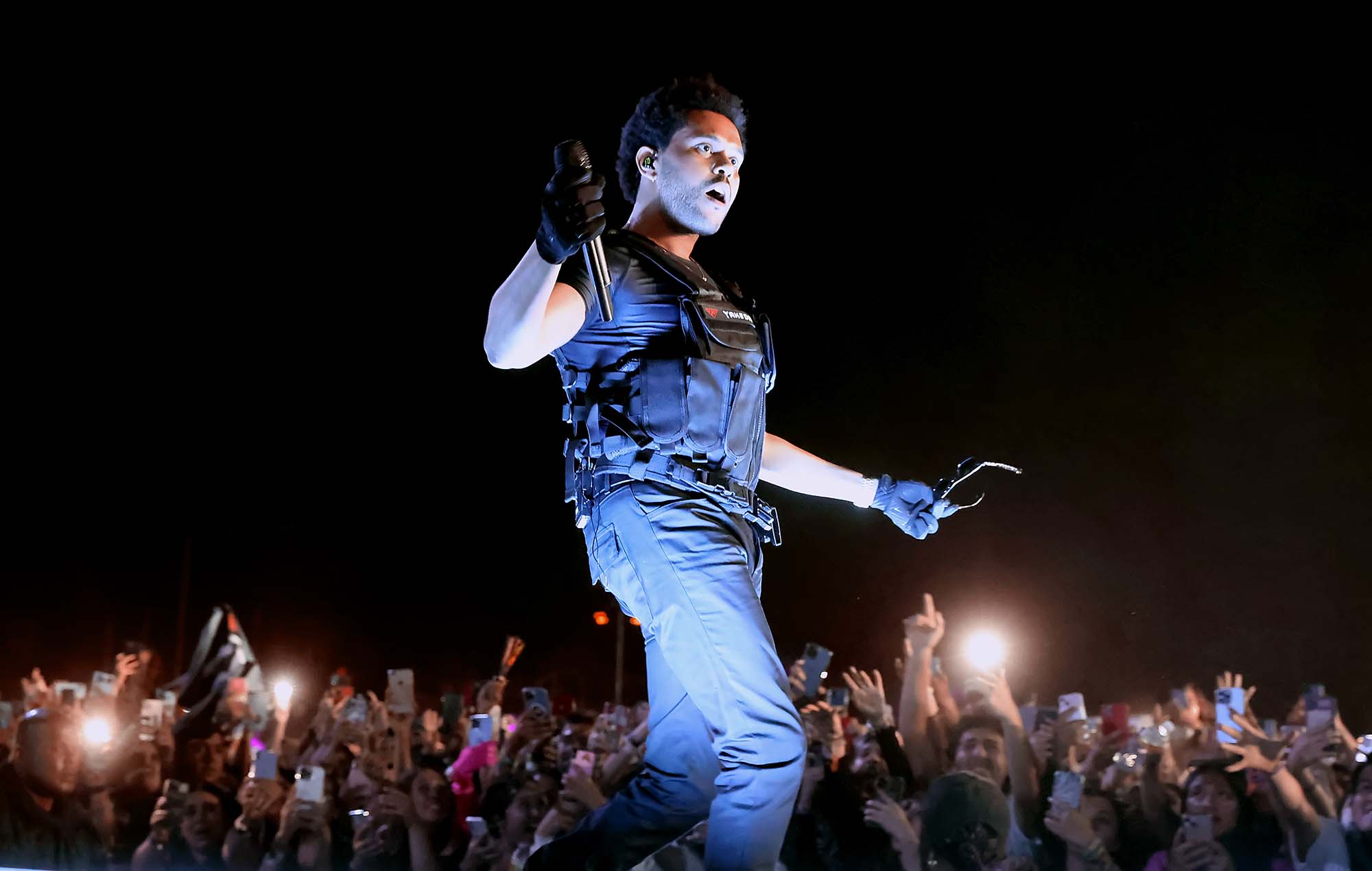 The Weeknd‘s entire Coachella 2022 headline set is now available to watch. Check out the entire set from the festival’s second weekend below.

Abel Tesfaye topped the desert festival’s bill alongside Swedish House Mafia, with the pair replacing Kanye West as headliners. During his sets, he debuted a host of new ‘Dawn FM‘ tracks.

The video features The Weeknd performing a cover of Ye’s ‘Hurricane’, alongside his hits ‘The Hills’, ‘Heartless’, ‘Party Monster’, and ‘Blinding Lights’. The set also included a cover for Drake’s ‘Crew Love’ and Ty Dolla $igns‘s ‘Or Nah’, and Future’s ‘Low Life’. View the full set list from The Weeknd’s set below.

Last month, The Weeknd shared a remix of his ‘Dawn FM’ song ‘Out Of Time’ by fellow Canadian artist Kaytranada. Kaytra’s version retains the glistening electronics of the original along with Tesfaye’s distinctive croon, though it trades the groove-heavy bass guitar for a deep sub-synth and more active percussion.

It arrived as part of an EP that also includes a much shorter radio edit of the remix along with the original and an instrumental version of the studio recording.

In a four-star review of his latest album, NME said, “If ‘Dawn FM’ hints at great personal change, musically it doesn’t shake things up quite as much. This isn’t a bad thing – the album is a coherent, cool cruise through dark synth-pop, pulling its references from the ‘80s (Giorgio Moroder, Michael Jackson, Depeche Mode, R.E.M., Talking Heads). Tesfaye has said he wants the album to provide a fantasy of escape and its sonics help bolster that feeling that you’ve been whisked off into a different world.