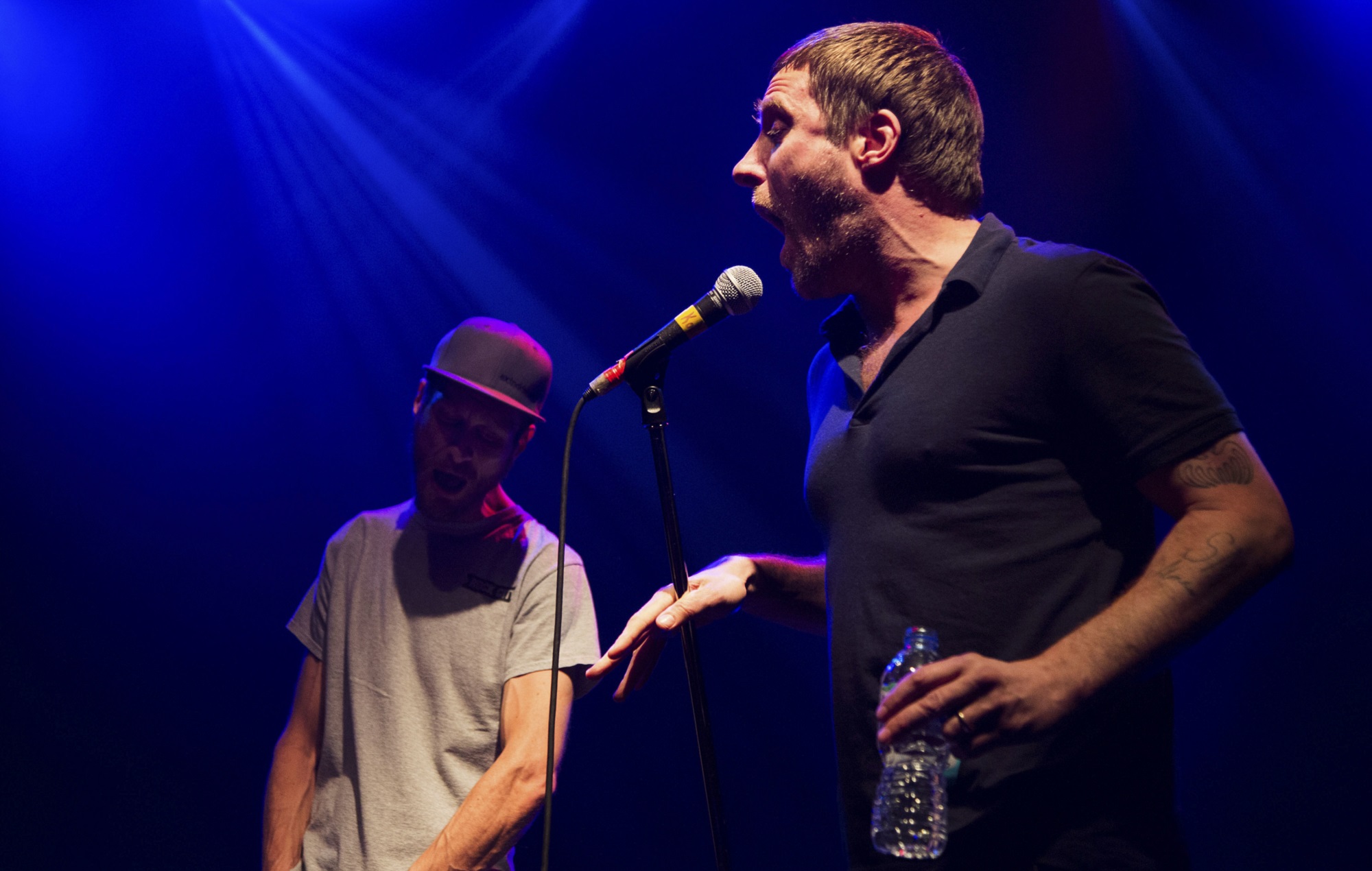 Sleaford Mods were special guests on ‘Late Night With Seth Meyers’ on Wednesday (May 18), where they delivered a charismatic performance of ‘Shortcummings’.

You can watch the set below, featuring the band’s regular minimalist set-up, dancing from beatmaker Andrew Fearn, and an intense showing from frontman Jason Williamson.

They are currently wrapping up a tour of North America, with their final shows taking place in Boston tonight (May 20) and Washington D.C. tomorrow (May 21).

‘Shortcummings’ concerns Dominic Cummings, the former government advisor who sparked outrage during the coronavirus pandemic after it was reported that he travelled to his parents’ farm in Durham during the pandemic lockdown while experiencing symptoms of the virus.

Last month, Sleaford Mods released a new digital EP, ‘Live At Nottz Arena’, which was recorded at a special gig in their hometown last year.

The new release features six tracks and a couple of special guest appearances from Billy Nomates and Amyl And The Sniffers’ Amy Taylor.

In a five star review of the gig, NME concluded: “The Mods’ live show is a bewildering joy from start finish, and the key factor is that you’ve never seen anything like it. Don’t waste time trying to compare it to anything else. ‘Life’s too fucking short,’ ends Williamson. ‘We are the Sleaford Mods’. It is what it is: real life, loud, made in Nottingham.”

Last month, meanwhile, Williamson made a cameo appearance in the final episode of Peaky Blinders.

In the episode titled ‘Lock and Key’, Williamson made a brief appearance as ranting preacher Lazarus outside The Garrison pub alongside Arthur Shelby (Paul Anderson).