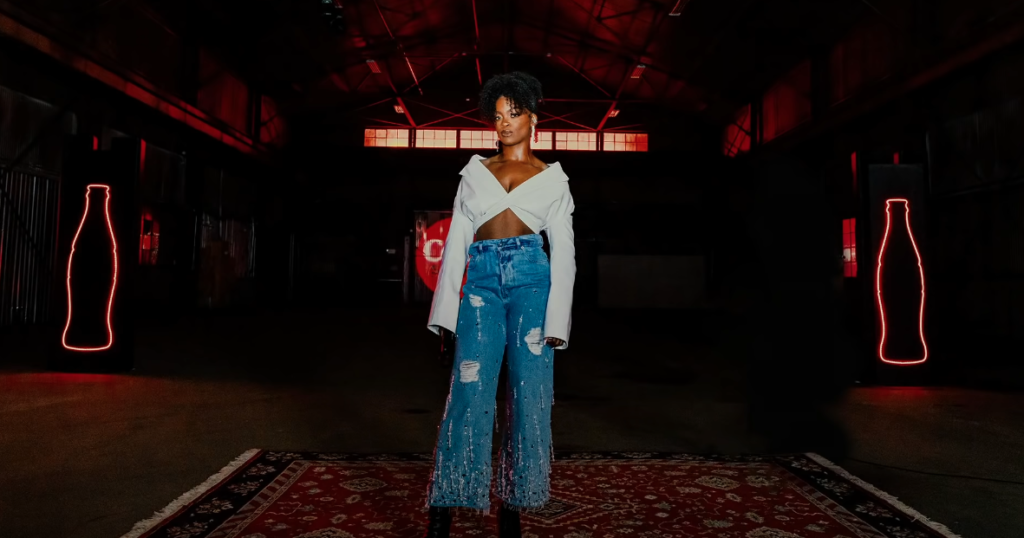 Ari Lennox reaches back in time and grabs hold of “A Kind of Magic,” an immortal tune from Queen’s catalog in the late ’80s. The effortless and faithful remake was produced by longtime collaborator Elite and featured in a global film titled The Conductor, honoring the iconic rock band.

Lennox is one of seven artists to put a twist on “A Kind of Magic” and release an in-studio performance. It ties into Coca-Cola’s effort to go global with their music platform Coke Studio™, first launched in Pakistan in 2018.

“Thank you to my beautiful family at @cocacola for having me take part in their new #RealMagic campaign❤️. Singing Freddie Mercury was such a gift,” wrote Lennox on Instagram.

With support from Universal Music Group, the program rebrand is meant to heighten the awareness of fresh new artists and take their music and talent to a larger audience.

Joshua Burke, Coca-Cola Company’s head of global music and culture marketing, shared, “Coca-Cola has always had a strong connection with music, working with stand-out emerging talent in different communities in all corners of the world, as well as a strong heritage in connecting people across borders and cultures.

Coke Studio brings these two things together in a way that’s powerful and future-facing, supporting the development of talent in the music industry, while also connecting new audiences to new music – and to each other.”

“Collaborating with these incredible artists and the Coca-Cola team on both the music and creative vision for this launch was magic,” added Richard Yaffa, executive vice president and global head of UMG for Brands.

“Our companies are aligned in our deep commitment to showcasing phenomenal talent, to partnering with artists from all over the globe and to supporting them in sharing their music while creating opportunities to expand their fanbase.”

Lennox’s latest branding deal comes on the hot heels of her current single, “Pressure,” receiving a gold award from the RIAA.

Currently, she is going through the selection process of songs for her sophomore album, expected sometime this year. “Blackberry Sap,” one of 80 songs on a whiteboard of recorded tracks, landed on Dreamville’s D-Day: A Gangsta Grillz Mixtape.

Next up for Lennox is tons of summer concerts. In June, she’ll perform at the Summer Walker-curated A Hot Summer Night in LA and the Cincinnati Music Festival in July.

Listen to Ari Lennox’s rendition of “A Kind of Magic” below.