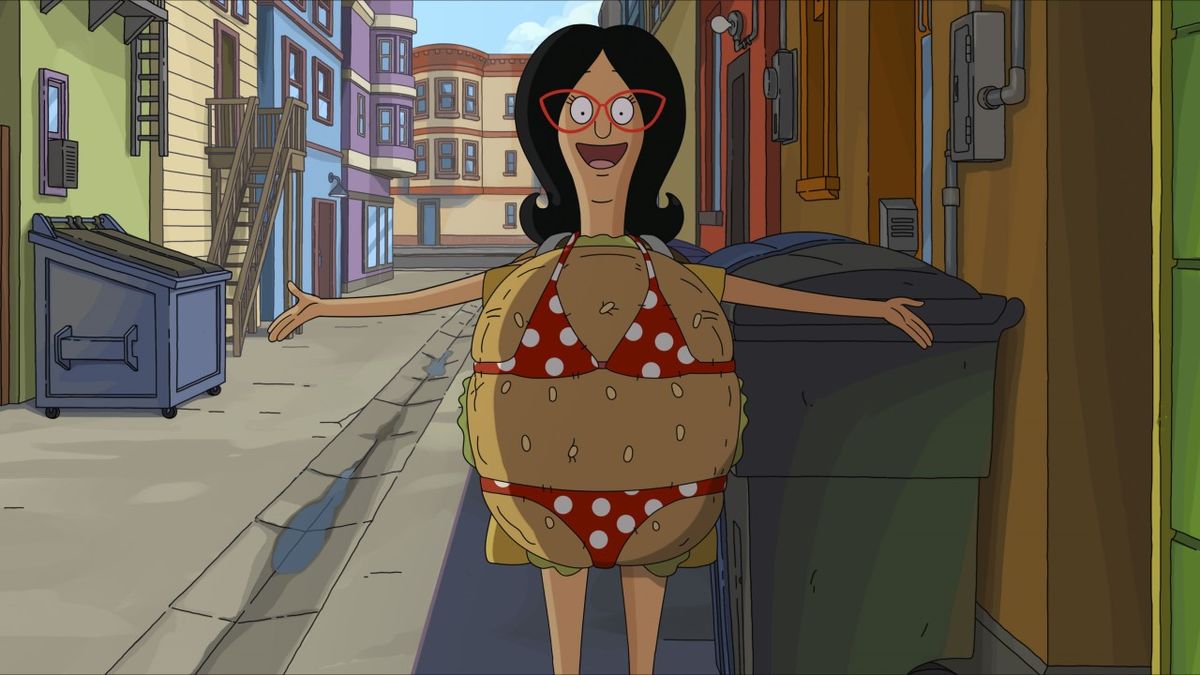 It was way back in the innocent days of 2017 when 20th Century Fox first announced that a movie adaptation of the popular animated sitcom Bob’s Burgers was in development. Originally scheduled for release in 2020, the film saw multiple delays that postponed its release for two years. However, now is the time to rejoice, Belcher fans, because the film is finally upon us. The Bob’s Burger Movie — a musical comedy — is set to hit theaters May 27, and first reactions from the early screenings are here. What is the social media reaction to the long-awaited film?

H. Jon Benjamin voices the titular Bob, just like in the ongoing Fox animated series, and the rest of the Belcher family actors also joined the movie — John Roberts, Kristen Schaal, Eugene Mirman and Dan Mintz — and there are a bunch of actors we’re hoping will make an appearance. The trailer shows Bob at his most unhinged, as the burger restaurant owners trying to save the family business, as a sinkhole forms in front of it, blocking the entrance. Let’s see if the first reactions will inspire us to get our buns in theaters.

CinemaBlend’s own Eric Eisenberg tweets that fans of the series will love the film, which plays a lot like a feature-length episode:

The Bob’s Burgers Movie is great. Basically a feature-length episode (in that it doesn’t go crazy in terms of scale), but it has wonderful stuff for all of the characters, and it’s laugh out loud funny throughout. Fans of the show will adore it.May 18, 2022

Film critic Rendy Jones says the movie is “pretty hilarious” but is a little disappointed The Bob’s Burgers Movie doesn’t commit to the musical aspect, and this moviegoer says there are pacing issues:

THE BOB’S BURGERS MOVIE is a extended version of the series we all know and love. It’s pretty hilarious, charming, and boasts beautiful 2D animation that’s of cinematic quality. Unfortunately its screenplay has structural & pacing issues that makes it not as fun as it should be. pic.twitter.com/DPA5VnVsn8May 18, 2022

LaughingPlace.com enjoys the mystery that the Belcher kids embark on to try to save the restaurant. The movie should appeal to fans and those new to the franchise as well:

#TheBobsBurgersMovie is a surefire crowd-pleaser for both fans of the series and newbies alike. It retains the offbeat humor of the show while delivering a more epic murder-mystery-musical story for the Belchers on the big screen. Full review coming Monday. pic.twitter.com/Hwmy4SMcDUMay 18, 2022

It seems generally agreed on that fans of the animated Fox series are going to enjoy seeing the Belchers in feature-length format, but Rachel’s Reviews tweets that this movie landed, even as someone who was never able to get into the show:

Kaitlyn Booth of Bleeding Cool, however, doesn’t think The Bob’s Burgers Movie will be strong enough to convert many non-fans like the one above, as it feels like the same show, just longer and on a bigger screen:

#TheBobsBurgersMovie will be lovely for the fans, but it likely won’t be converting any new ones. It’s a musical that feels like it doesn’t have enough songs and forgets about the songs in the latter half. It’s the show you love on the big screen and longer. #BobsBurgersMovie pic.twitter.com/o5osrUG9C9May 18, 2022

Reuben Baron agrees with others’ assessment that there isn’t quite enough music, but seems pleasantly surprised about the mystery aspect. What’s probably not surprising to Bob’s Burgers fans is that positive things are being said about Louise:

Matt Donato of SlashFilm says the movie nails the series’ trademark wholesomeness and family humor. Fans will be happy, and newcomers should feel welcome:

#BobsBurgersMovie nails the wholesomeness and punny warmth of the show while adapting to a feature-length spectacle. A meaty treat for fans that’s still welcoming to newcomers not keen on the Belcher’s charms just yet. As a fan? I’m delighted, plenty full, and one happy customer. pic.twitter.com/KteRFndWgoMay 18, 2022

Film critic Sean Boelman even goes so far as to say The Bob’s Burgers Movie is his favorite animated movie of the decade so far:

I thought that #BobsBurgersMovie was fantastic!!! Genuinely hilarious and full of heart, this is my favorite animated movie of the decade so far. The leap from small screen to big screen leads to strides in animation quality, and there are some fantastic songs too! Love it! pic.twitter.com/ZKVw7iXxGHMay 18, 2022

We’ll get a better idea of what to expect when the critics’ reviews come out on May 23, but it sounds like a pretty safe bet if you’re already a Belcher loyal.

The Bob’s Burger Movie will premiere exclusively in theaters on Friday, May 27. While we wait (just a little bit longer) for its debut, go ahead and check out our 2022 Movie Release Schedule to see what other films draw your interest for a future trip to the theater.