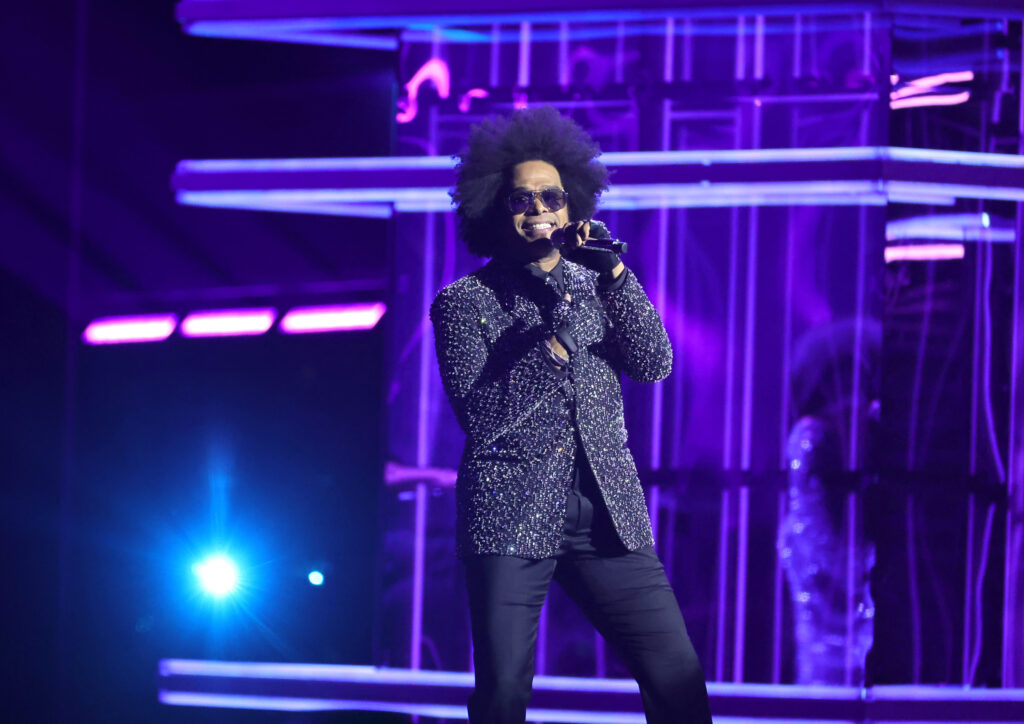 In 1982, Michael Jackson had the world at his feet with the release of Thriller, the second best-selling album of all time. To celebrate the 40th anniversary of the groundbreaking LP, Maxwell honored Jackson with a gorgeous remake of “The Lady in My Life.”

Suited in a blinged outfit, with matching gloves and shoes to pay homage, Maxwell glided through the Thriller closer with a caressing emotion that has climaxed his career at different turns.

Maxwell wrapped his headlining NIGHT Tour early in the month that featured Anthony Hamilton and Joe as special guests. He’ll set out on a trio of concerts at the Encore Theater at Wynn Las Vegas in July. He is also scheduled to headline Blue Note Jazz Festival Napa Valley alongside Robert Glasper.

Maxwell will finally release his blacksummers’NIGHT, the final album in a trilogy that started in 2009, sometime later this year. The first installment was named Best R&B Album at the Grammys in 2010, while its lead single “Pretty Wings” won Best Male R&B Vocal Performance.

Album two of the trilogy contained “Lake By The Ocean,” the hit single that scored Maxwell his first win in the category of Best R&B Song.

As for blacksummers’NIGHT, which is promised to arrive under his new BMG deal, in collaboration with his Musze imprint, produced the hit single “Off.” Released in November 2021, the steamy single performed well on the R&B charts, becoming his eighth chart-topper.

It is not yet determined if Maxwell’s 2018 single “Shame” will appear on blacksummers’NIGHT.

Watch Maxwell perform Michael Jackson’s “The Lady in My Life” below.