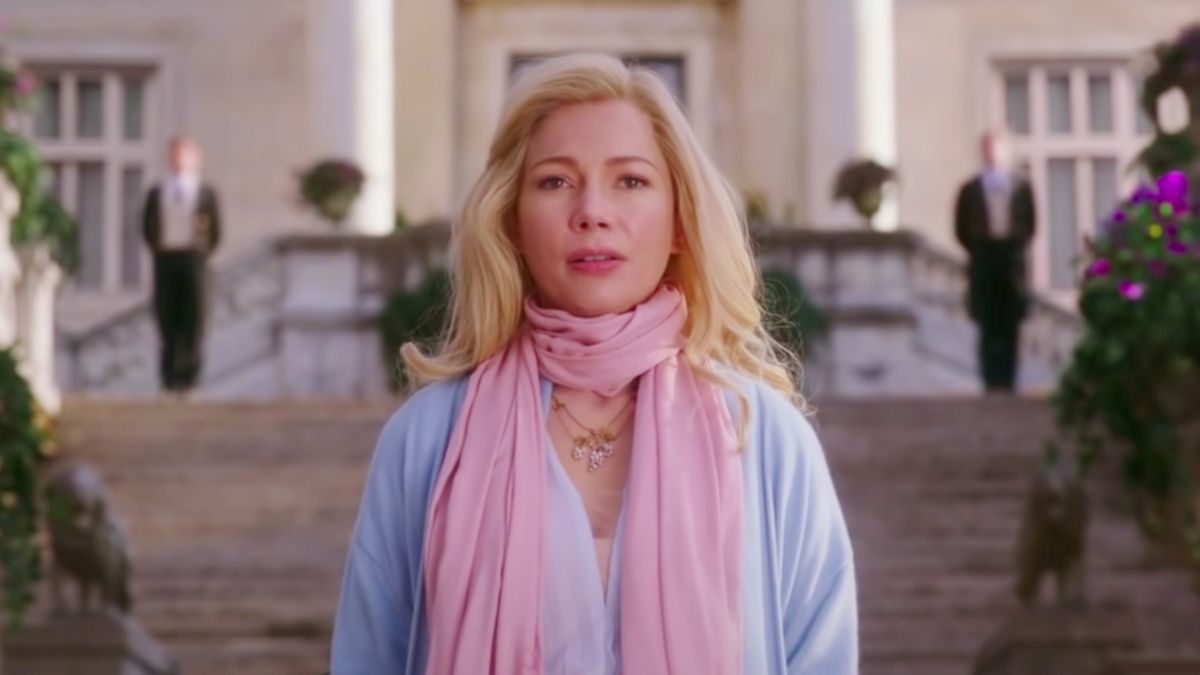 The Greatest Showman may have hit theaters way back in 2017, but the story still resonates with fans. The Hugh Jackman musical was another entry to the exceedingly popular movie musical genre. Now that films like In The Heights and West Side Story have taken off, could we see a sequel to The Greatest Showman? Michelle Williams is on board, and she has a sweet reason for wanting to reunite with Hugh Jackman.

In an interview with Variety, Michelle Williams revealed the lovely reason she’d like to make a sequel to The Greatest Showman with Hugh Jackman. She said:

Cute, right? Many of the songs on the soundtrack for The Greatest Showman have the joyful, positive messages that Michelle Williams – and fans around the world – found so appealing. Written by La La Land composers Benj Pasek and Justin Paul, tracks like “A Million Dreams”, “Come Alive”, and “From Now On” quickly rose through the ranks of Spotify playlists everywhere. “This is Me,” the film’s most famous track, was even nominated for Best Original Song at the 2018 Oscars.

Despite the film’s success, there are currently no plans to create a sequel to The Greatest Showman. It could be due to the fact that the stars are tied up with other projects: Michelle Williams is set to collaborate with Steven Spielberg on The Fabelmans, and she’s currently tied up with the Venom franchise. Meanwhile, Hugh Jackman is breaking in his dancing shoes eight times a week in The Music Man on Broadway.

That doesn’t mean fans should hang up their circus hats – in addition to Michelle Williams, Hugh Jackman has also expressed an interest in returning to the world of The Greatest Showman. If movie producers can rewrite the stars, maybe fans will see it translated to the big screen.

The Greatest Showman portrays a fictionalized version of the life of P.T. Barnum (Hugh Jackman), a circus ringleader with lofty aspirations. Along with his wife Charity (Michelle Williams), Barnum gathers a group of societal outcasts to form a troupe of showstopping performers. The cast included mega-stars like Zendaya, Zac Efron, Yahya Abdul-Mateen II, and Rebecca Ferguson.

There may not be any plans for a sequel, but you can brush up on the lyrics to The Greatest Showman with your Hulu subscription.