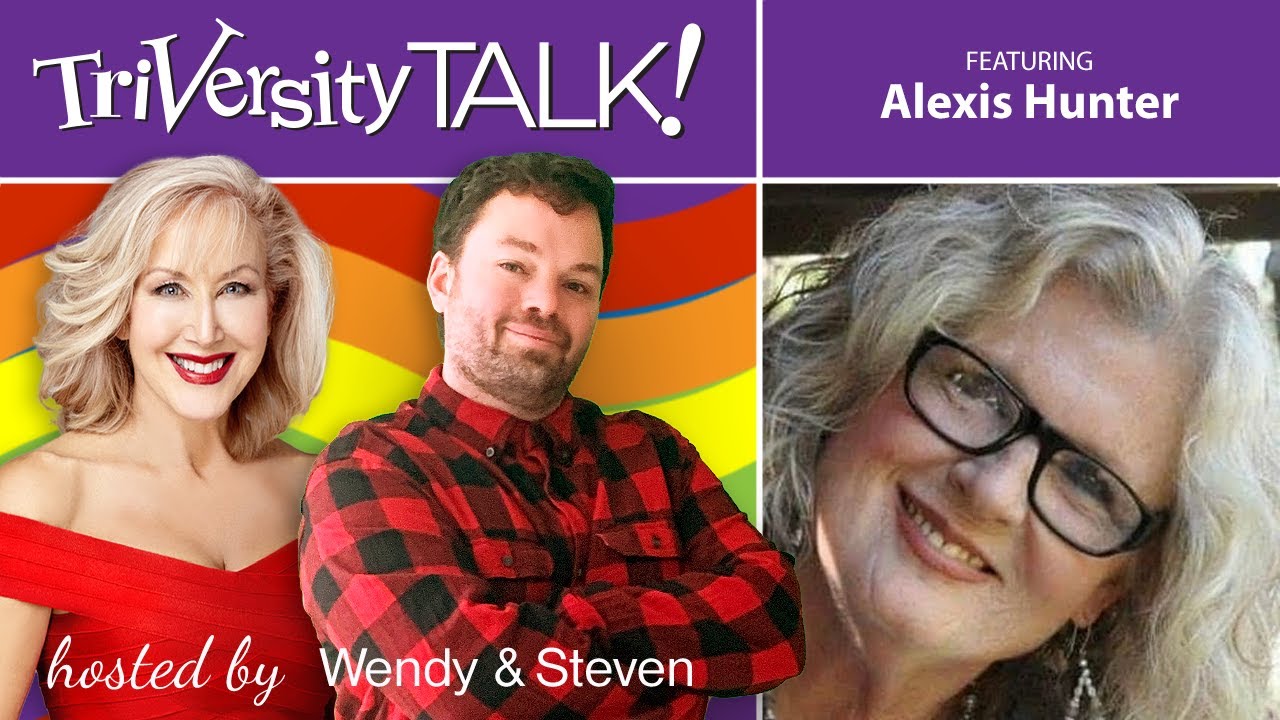 Wendy Stuart and Steven Bloomer Teague will be hosting TriVersity Talk! This Wednesday at 7 PM ET in a replay with featured guest Alexis Hunter.

TriVersity Talk! is a weekly web series with featured guests discussing their lives, activism and pressing issues in the LGBTQ Community. With TriVersity Talk!, the goal is to laugh and learn.

Joi Lansing may have been the last of Hollywood’s blonde bombshells, but she was also victim to its vile, indeed murderous system of control. With Joi Lansing: A Body to Die For, author Alexis Hunter, herself a victim of studio “indentured servitude” and Lansing’s partner and spouse during the starlet’s final years, offers the tell-all now available in a new, frank edition set for these post- #MeToo years, and just in time for the tenth anniversary of marriage equality. More so, the author is currently in talks with enthusiastic producers to cast this vital story as a film or mini-series.

Hunter, a quiet activist over decades for the rights of women and the LGBTQ community, was forced–like far too many–to endure a hidden life during her years with the noted sex symbol. “I had to pose as her little sister”, Hunter explained, “and was given the name Rachel Lansing” to explain their shared life. It is rare that such a romance can exist amidst the seductive yet destructive climate of Hollywood. Indeed, the pair forged a lasting relationship cut brutally short by the encroaching cancer Joi developed following years of breast- and buttocks- enhancement injections by a rabidly profit-mad industry. Told with a still palpable love by the author, the book places the reader into the heart of a relationship that couldn’t have known it was destined for such a meager shelf life. Joi Lansing, actress and vocalist, was the tragic biproduct of male-led business thriving on the distorted body imagery of women, particularly in the time of #BeverlyKills, which we apparently are not as far removed from as we’d thought. The book is a must-read as our society re-evaluates whether or not we’ve done all we can to assure this tragedy doesn’t happen again. As Hunter states in this unfortunately timeless tale, “Joi died for beauty”.

The official website for the TriVersity Center may be found at https://www.triversitycenter.org