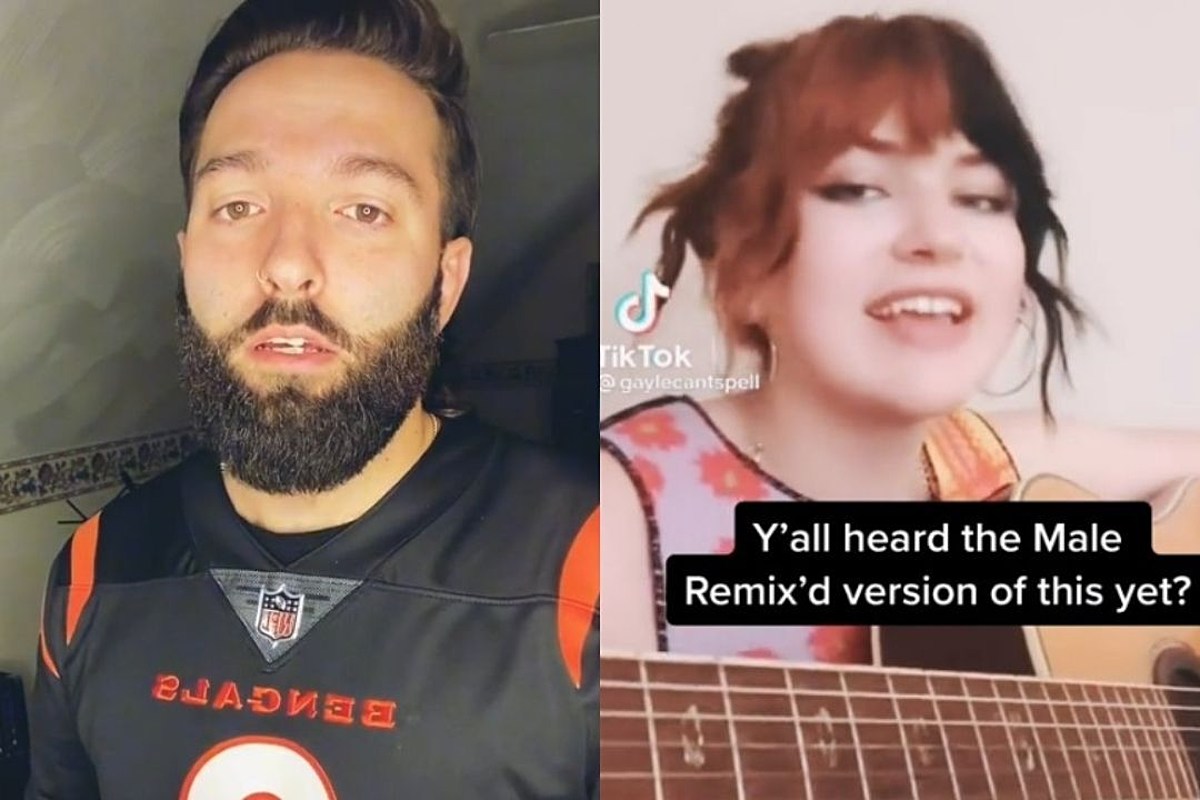 If you’re active on TikTok or listen to the radio at all, you probably know that GAYLE’s single “abcdefu” has been blowing up.

Thanks to the Atlantic Records signee’s catchy play on the alphabet song mixed with the relatable angst of a relationship gone wrong, the pop-rock breakup track has become a veritable smash, hitting No. 1 on the Billboard Global 200 chart and making its way into the Top 10 on the Billboard Hot 100 chart.

Notably, the 17-year-old pop artist’s song doesn’t get too dark or violent, and mostly tackles the typical “I hate you” attitude that comes after a bad breakup.

Despite the innocuousness of the teen singer’s track, Ohio country music hopeful Blake Tyler took it upon himself to create a remix in response to the viral song.

Featuring a rock artist named SAYWHEN, a clip of Blake’s viral country-rock version of the song, called “HIJKLMNO,” has been viewed more than 18 million times on the app. According to the musician, it’s even reached No. 27 on the iTunes Country Singles chart.

The only problem? The brutish, misogynistic lyrics.

Featuring a much less clever play on the alphabet, the chorus sees Blake singing about destroying his ex-girlfriend’s personal property:

“HIJKLMNO piss on your clothes / Throw your makeup in the road,” he sings.

It starts off harsh, but it isn’t until the second half of the chorus where things get taken too far — like, into implied murder territory:

“Take the breaks off your car / Did I take it too far? / F–k you and your drama / Know you get it from your mama / Ain’t gonna be a tough talk / When I tell you f–k off,” he continues.

One of the track’s verses is much less offensive. Per a preview on iTunes:

“You said that you needed space / So I gave it / But I had nothing to say / You couldn’t take it / Told everyone I’m a d–che / So I became it / Always had to put yourself above me, yeah / And I was into you but I’m over it now / And I wish I could be nice / But nothing’s getting through / So I’mma spell it out”

Seemingly not yet on YouTube, clips from the song’s music video play in the background and feature Blake and SAYWHEN in the woods, flipping off the camera as they ride around on a four-wheeler.

Despite the vulgar chorus, over 2.1 million TikTok users gave the clip a like. And while the comments section includes some praise from fans, there are also countless comments from users laying into Blake or attempting to explain to him why the lyrics are so offensive.

“The original verison [sic] of the song isn’t gender specific, you didn’t have to create a ‘male’ version that is just pure violence,” one user commented.

“isnt taking the brakes off someones car illegal,” another weighed in.

“Nah dude. You made a doo doo song lol,” yet another user wrote, while someone else chimed in, “Nah that’s ok! I’ll listen to music that isn’t about tryna kill someone.”

“well at least we can use your comment section to find all the men to stay away from,” another person commented.

Yet another wrote: “if I wanted to hear a man threaten a woman, I’d talk to my ex. or ignore a male in public or turn down a male.”

In a follow-up video, Blake reacted to a comment that pointed out how needlessly violent his version of the song is.

Blake’s response? He simply told viewers to pre-save the full version of “HIJKLMNO” on all streaming platforms.

He also encouraged his followers to tag GAYLE in hopes of her listening — or reacting — to his rendition.

Blake seems to not only know the song is pushing peoples’ buttons — he appears to be relishing in the attention. It’s probably why he keeps tagging GAYLE in all of his TikTok videos after interpolating her track in an attempt to capitalize on a bona fide hit single.

Do you think Blake Tyler’s take on GAYLE’s “abcdefu” goes too far? Or are you vibing with his “male version” of the smash single? Let us know on Twitter @PopCrush!