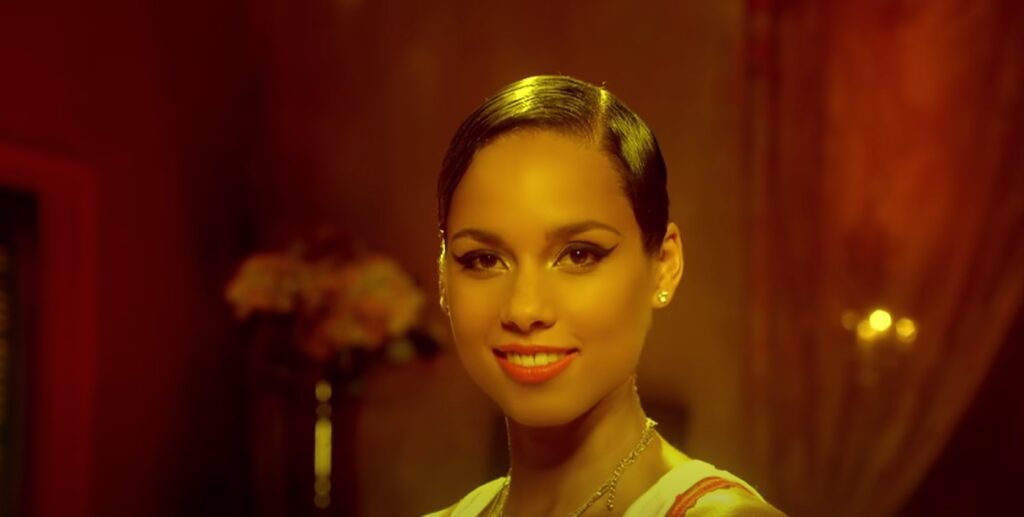 At the 2012 MTV Video Music Awards, Alicia Keys made her big return to music after nearly a three-year break and debuted “Girl on Fire,” one of her most recognizable hits.

Classified as the lead single and title track of her fifth album, “Girl on Fire,” co-produced by Salaam Remi and Jeff Bhasker, has drawn more than 378 million streams on Spotify.

Much of its success has to do with it being packaged as a three-track bundle featuring the main version and two remixed versions, including one featuring Nicki Minaj.

She shot supporting videos for the original and Minaj editions with acclaimed British director Sophie Muller. Muller recalled to Rated R&B that she “struggled to try to come up with an idea for that video.”

The most glaring concept was standing right in front of Muller’s eyes: motherhood. Keys had experienced the joy of being a mom for nearly two years, and seeing her in this light could show fans that she is just like them. That vision stuck, finding Muller building a storyline around it before they boarded a plane to London for production.

“It was about someone being there with their mom, being a mom, looking after people and doing cleaning and washing and everyday things that millions of women do. That’s the girl on fire,” said Muller.

When filming the clip, Muller said she was inspired by “just beautiful cinematography using color.”

She added, “I didn’t want to show her in a kind of beige apartment, hovering. It became this thing of, ‘What’s the most colorful, glorious thing we can do with someone being at home?’ So, those colors were based on Hollywood films and Wong Kar-wai’s In the Mood for Love.”