The multi-award-winning artist is no stranger to challenging stereotypes about white rappers, and naysayers will be highly impressed with this new release as “I See You” is sure to be an iconic rap song in the music hip hop world.

From the start, the listener is carried into a sing-song opening of interesting fashion. The beat sounds like a mid-90s hip-hop bass line with a touch of new-age strings attached together in a perfectly fitting puzzle.

From the first bar, Twizm Whyte Piece AKA Twp deftly weaves an exotic idea that fake friends are the worst people. Only individuals with a lot of life experience will grasp the concept of this song.
You have to have been hurt, screwed over, destroyed by the very people you trusted with your life, in order to embrace this lyrical journey.

“I See You” is a Fierce, energetic song consisting of substance and relevance in today’s world where people are more concerned about the dollar than loyalty and friendship. 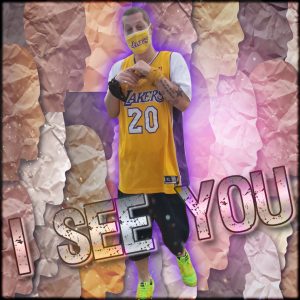 Twizm Whyte Piece, is a multi-award-winning history-making hip-hop entertainer, creator of the brand #TwpNation, writer/producer/actor at Fcr247Interviews, CEO of TwpFcr247 LLC & father of 6 children whose name means -T.he W.orld IZ M.ine – In 2008 Twp started a journey towards becoming an independent unsigned entertainment talent winning multiple awards & garnering thousands of fans while creating years of memories. Twp Is a masterful lyricist possessing a new age style that is smooth & breezy yet confidant & relatable. Twp has had his music compared to Eminem, Kanye, & Ll Cool J & has been featured in publications ranging from urban magazines to music magazines along with interview’s on talk shows and podcasts of all sorts.

Get your copy of “I See You” by Twizm Whyte Piece here:

The official website for Twizm Whyte Piece may be found at https://www.officialtwizmwhytepiece.com

Tim McGraw Is Proud of the Women His Daughters Have Become
Love Island: Sarah Hyland to Host Peacock Revamp
Watch: Luke Combs Spoofs Bad Fisherman During Jimmy Kimmel Sketch
Jessica Chastain On Accepting Her Oscar Shortly After Will Smith Slapped Chris Rock At The Academy Awards
Avatar 2: The First Looks At Kate Winslet’s The Way Of Water Character Have Arrived