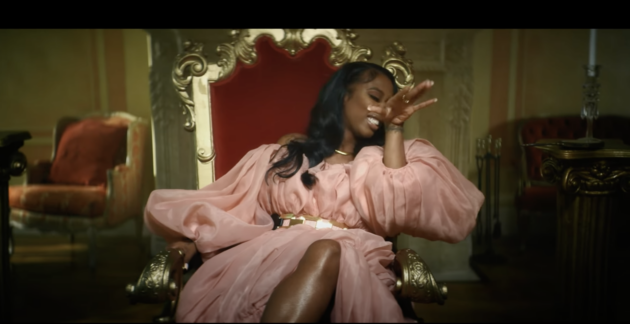 After releasing her single back in August, Kash Doll gives her empowering anthem its visual treatment.

Inside her massive mansion, the “Stacked” queen from Detroit takes a seat at the throne while men auction to be her king. Wale and Eric Bellinger appear alongside her and give their perks of the bachelor lifestyle.

Prior to “Single & Happy”, Kash Doll released her Juicy J-assisted “Like A Pro” and “Thumbin“. Last month, the 29-year-old rapper announced that she is expecting her first child.

Mogwai wins 2021 Scottish Album Of The Year for 10th album ‘As The Love Continues’
Video: Curren$y “Games Tapes 2”
Why Dune’s Denis Villeneuve Doesn’t Think David Lynch Would Want To Discuss The Film With Him
Once Upon A Time: It’s The 10 Year Anniversary, and We’re Celebrating!
Jay Black, singer of Jay And The Americans, has died aged 82