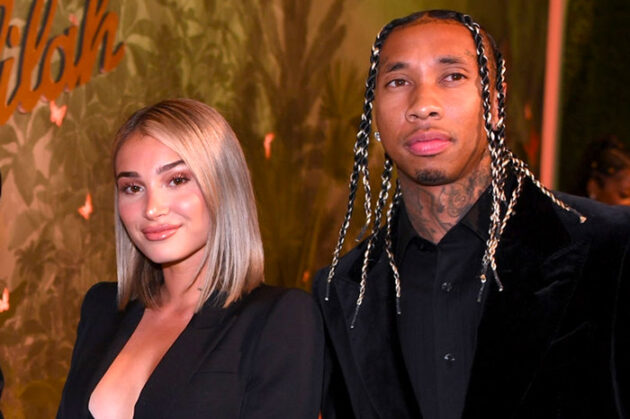 Tyga has been arrested for felony domestic violence.

On Tuesday (Oct. 12), the “Rack City” rapper voluntarily turned himself in to LAPD on allegations that he physically assaulted his ex-girlfriend, Camryn Swanson.

TMZ reports the 31-year-old rapper was arrested for felony domestic violence after she claimed he got physical during a dispute the morning before.

According to police reports, Swanson showed up to the rapper’s house at 3 am on Monday (Oct. 11) acting belligerent and was let inside before an argument ensued. Swanson claims Tyga hit her and sustained injuries including bruising and marks on her face. Tyga’s bail was set at $50,000.

In July, Tyga released his new single “Mr. Bubblegum” and has recently collaborated with Moneybagg Yo (“Splash“), Blxst (“Chosen“), and Iggy Azalea (“Sip It“).