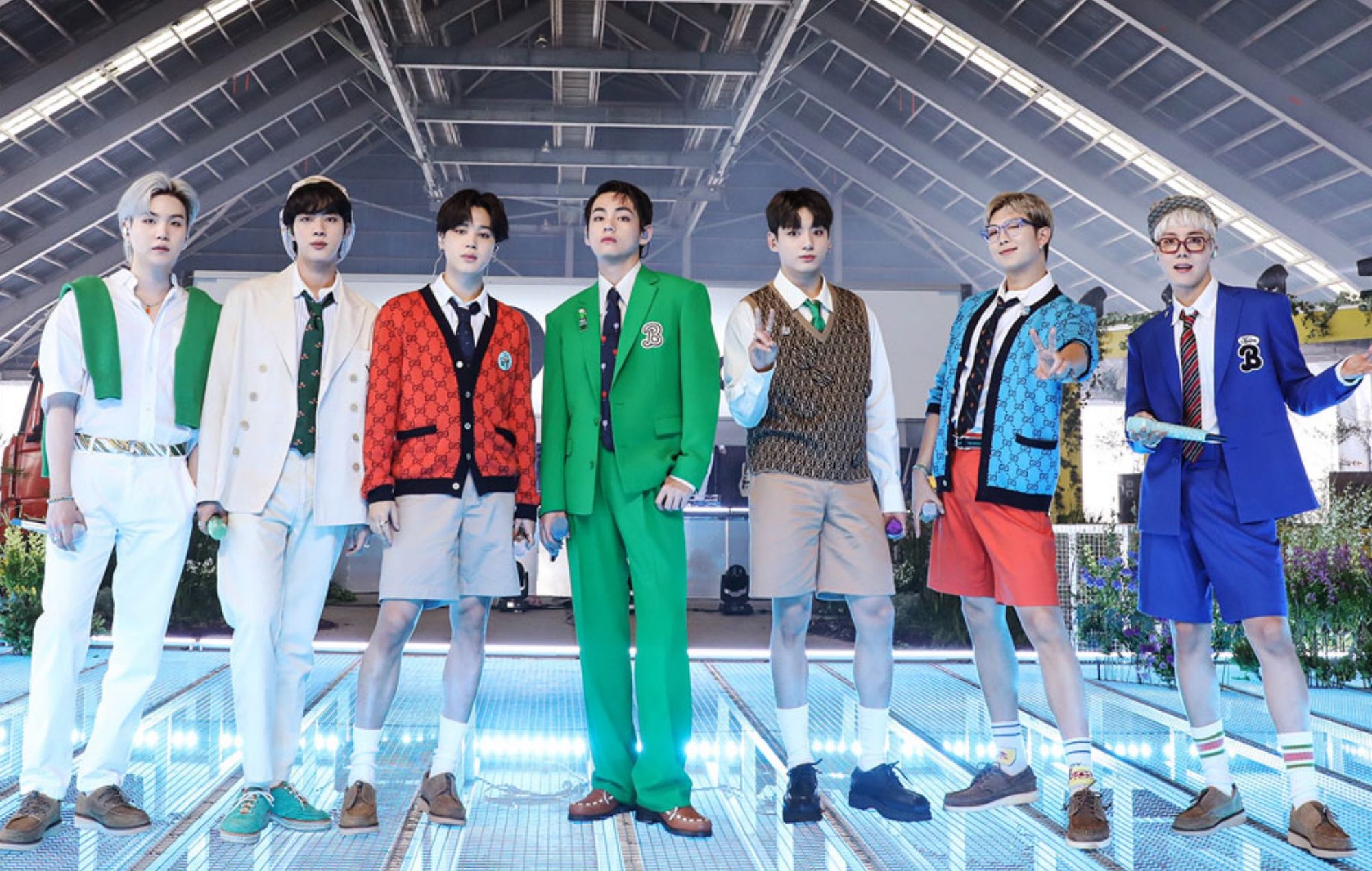 BTS have explained why they made the decision to start writing and singing their new hits in English.

Speaking to Billboard following their new remix of their second English single ‘Butter’ featuring Megan Thee Stallion yesterday (August 27), the Korean pop group admitted they would have preferred to continue singing in Korean – but felt they needed to make the move to continue their international success.

‘Dynamite’, ‘Butter’ and ‘Permission To Dance’ are BTS’ three English-language singles to date.

RM said he felt there was “no alternative” to keep the band’s popularity high during the coronavirus pandemic, while Jin added: “The English I learned in class was so different from the English in the song. I had to erase everything in my head first.”

Shin Young-Jae, president of BTS’s label Big Hit Music regarded the move as “a testament to the band’s strengths, the way they can come to a friendly resolution and be mindful of the company’s needs.”

Back in 2019, RM told Entertainment Weekly: “We don’t want to change our identity or our genuineness to get the number one. Like if we sing suddenly in full English, and change all these other things, then that’s not BTS. We’ll do everything, we’ll try. But if we couldn’t get number one or number five, that’s okay.”

The seven-member act also spoke about their early days in the K-pop industry, when they initially debuted as the first boyband under Big Hit Entertainment (now HYBE Labels).

“We made our debut through such a small company, and it’s been tough from day one,” said Suga, the group’s rapper and producer. “My dream was never huge.”