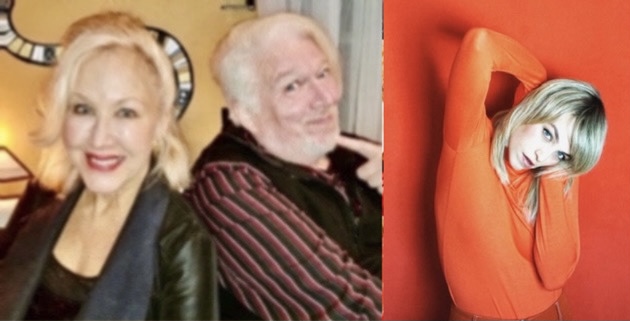 April Rose Gabrielli will be a featured guest on “If These Walls Could Talk” with hosts Wendy Stuart and Tym Moss on Wednesday, August 25th, 2021 at 2 PM ET live from the infamous Pangea Restaurant.

Wendy Stuart is an author, celebrity interviewer, model, filmmaker and hosts “Pandemic Cooking With Wendy,” a popular Youtube comedic cooking show born in the era of Covid-19, and TriVersity Talk, a weekly web series with featured guests discussing their lives, activism and pressing issues in the LGBTQ Community.

April Rose Gabrielli is an alternative-rock/pop singer, songwriter, producer & pianist. In early 2021, April signed an exclusive music publishing deal with BMG Rights Management and a record deal with Soho Records NYC to launch her solo music career. She was also made an official artist of Casio Music Gear & Avantone Pro Audio shortly after. 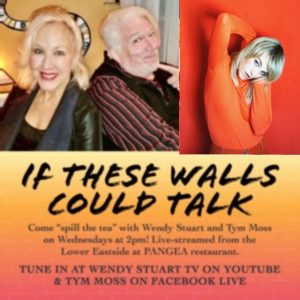 April has toured the US, Canada & internationally having supported/opened for artists such as: Andy Black, The Faim, KULICK, Metro Station, Ryan Cassata, & Mae Krell. Most recent credits include performing in the heart of Times Square, after a sold out debut performance at NYC’s Bitter End, and a virtual performance with “Let Me Help Foundation” & #IAmNoJoke anti-bullying campaign celebrity benefit featuring: Sir Patrick Stewart, Ozzy Osbourne, Rick Wakeman, Julian Lennon, Lights & more for 10,000+ fans.

April’s song “Tameless” was selected as the title and trailer track for “Not The Science Type” a documentary about female scientists that made it’ at NYC’s Tribeca Film Festival in June 2021. Her songs have airplay on Sirius XM radio, Idobi Radio as well as placement on Spotify’s ‘The New Alt’ & ‘New Noise’ playlists.

While pursuing her Business Degree, she was named 1 of 110 “Students to Watch in The Entertainment Industry” by Variety Magazine and has additional press mentions in: NPR, Rock Sound, Unclear Magazine, SheBops, Medium, The Hollywood Digest, Entertainment World News & Substream Magazine.

April continues to grow a loyal band of fans who revel in a creative, fresh, authentic approach to music and performance.

Watch April Rose Gabrielli on “If These Walls Could Talk” with hosts Wendy Stuart and Tym Moss on Youtube here: