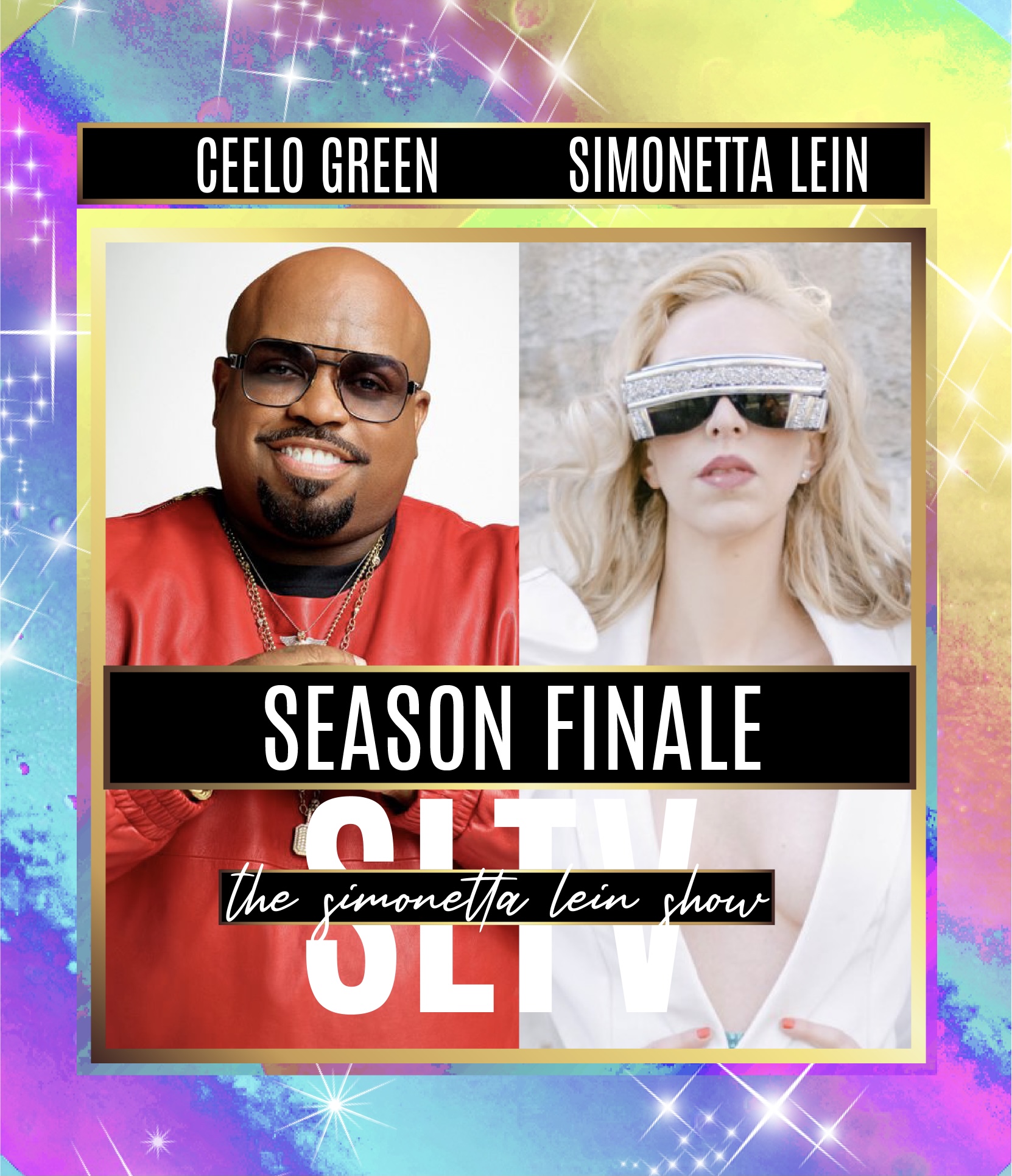 As The Simonetta Lein Show premieres its 3rd season finale, the show welcomes American singer-songwriter, rapper, record producer, and entrepreneur, Ceelo Green. You all know the Grammy award-winning artist for the hit tracks “Fool for You”, and of course one of the most famous songs of contemporary music, “Fuck You.” Ceelo has worked with industry legends for decades, and continues to create as he releases his newest single, “Baby Don’t You Go-Go” as part of his recent project called “DCeeLo & DMV – Dance Music Vibration”, which is in honor of and inspired by Go-Go Music. Ceelo closed the season with Simonetta talking about all things music, how he feels the industry has evolved over the decades, and some of his best advice for young and aspiring entrepreneurs and artists. It has been another incredible season for The Simonetta Lein Show and it’s closing with an episode and guest you won’t want to miss!

Simonetta’s prominent profile on Instagram has earned her more than three million followers, and she continues to grow her following by demonstrating her commitment to making a difference in her adopted city of Philadelphia and all around the world.

Originally from the north of Italy, Simonetta modeled for Vogue Italia, Vanity Fair Italy and Cosmopolitan while building a career as a renowned fashion influencer and spokesperson. She’s been a contributor for Vanity Fair Italy, La Repubblica, and La Voce Di New York, Forbes, Entrepreneur and Huffington Post. Her Book, “Everything Is Possible: A Novel About the Power of Dreams,” is a testament to her unwavering commitment to empowering her peers and herself.

The Simonetta Lein Show may be found on IMDB here:

The Simonetta Lein show will be back with more episodes soon, as they plan to kick off Season 4 in early September!

Thank you to the beautifully dedicated SLTV team!