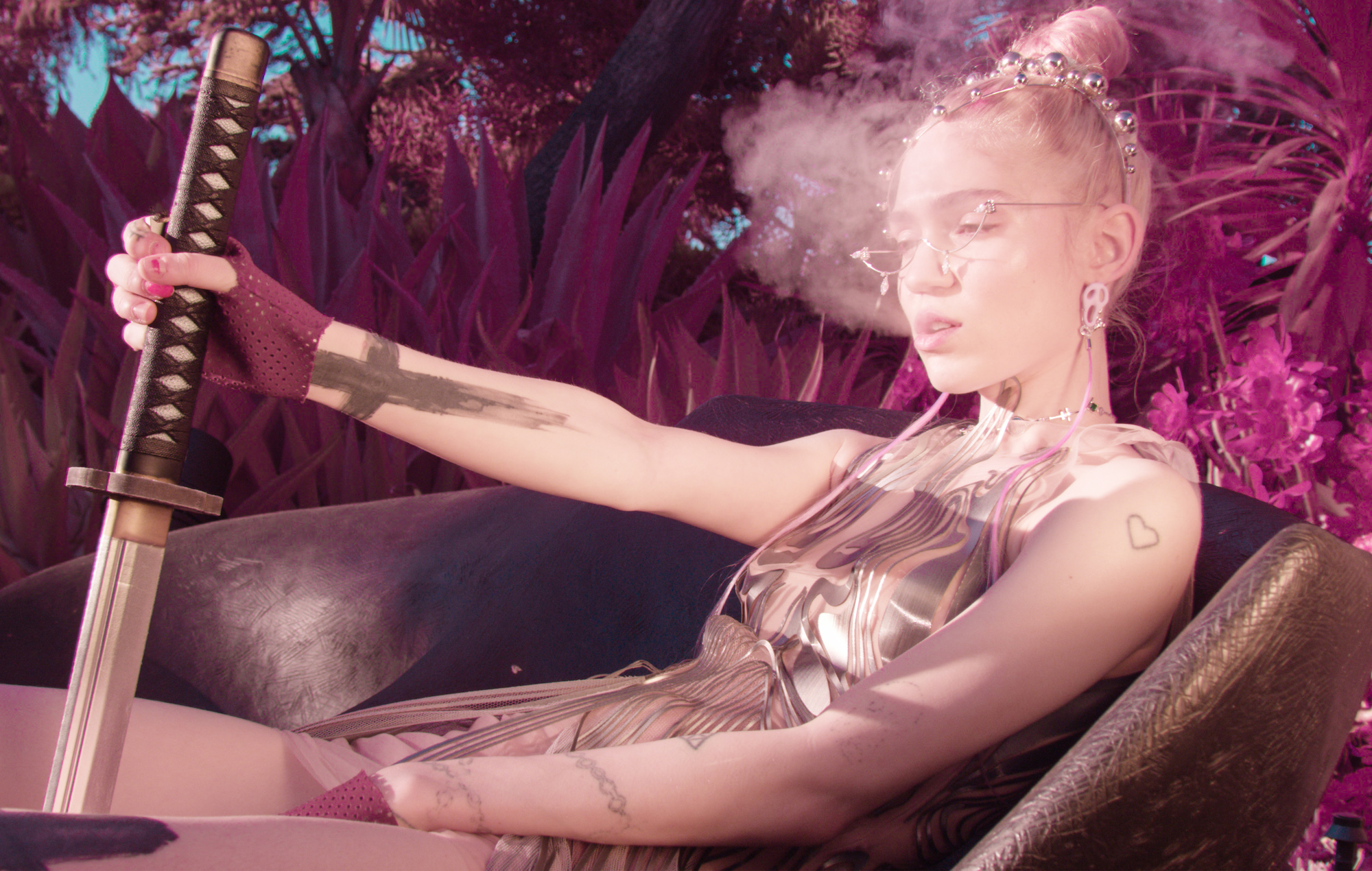 Grimes has revealed more details about the follow-up to ‘Miss Anthropocene’, saying it will be a “space opera” centred around a lesbian AI being.

The record will be the star’s sixth album and will be her first for her new label, Columbia Records.

On an Instagram post of her with pink hair and fang-like teeth, a fan asked the musician what the “vibez” would be like on her next record. Grimes answered them at length, saying: “it’s a space opera about CLAIRE DE LUNE – an artificial courtesan who was implanted in a simulation that is a memory of the AI creation story on earth from the brain of the engineer who invented AI because he wants to re live his life but see if his perfect dream girl could teach him to love and thereby he would preserve humanity this time rather than let them fade into obscurity – overcome by the machines.

“As she slowly realizes she is essentially a dancing puppet for the male gaze tho, their relationship grows complex. Simultaneously – “NO ONE” (the most powerful super intelligence in the future where the simulation is being rendered from) realizes there’s a massive hyper-realistic sim running and sends in her troll AI puppets to wreak havoc.”

She continued to explain that a “lead AI demon” called Dark Matter then “enters basically as the “black swan” to claire de lune”. However, the two entities “fall into a lesbian romance due to the fact that they are the only two fully Ai beings in this universe”.

According to Grimes, there’s more to the narrative after that but that is “where the first part of the story stops”.

As noted by The AV Club, the star’s Instagram bio now includes a link to a site with the url clairedelune.io. Once on the page, you can join a waitlist by entering your name, phone number, address and noting whether you are “a player of games” or not. The text on the site’s tab reads: “Coming 4200AD.”

Last month, Grimes teased a new song that is said to be called ‘Shinigami Eyes’ on Discord, sharing a snippet of the track with the community there.

Meanwhile, she also recently shared a video in which she discussed AI, calling it “the fastest path to communism”.