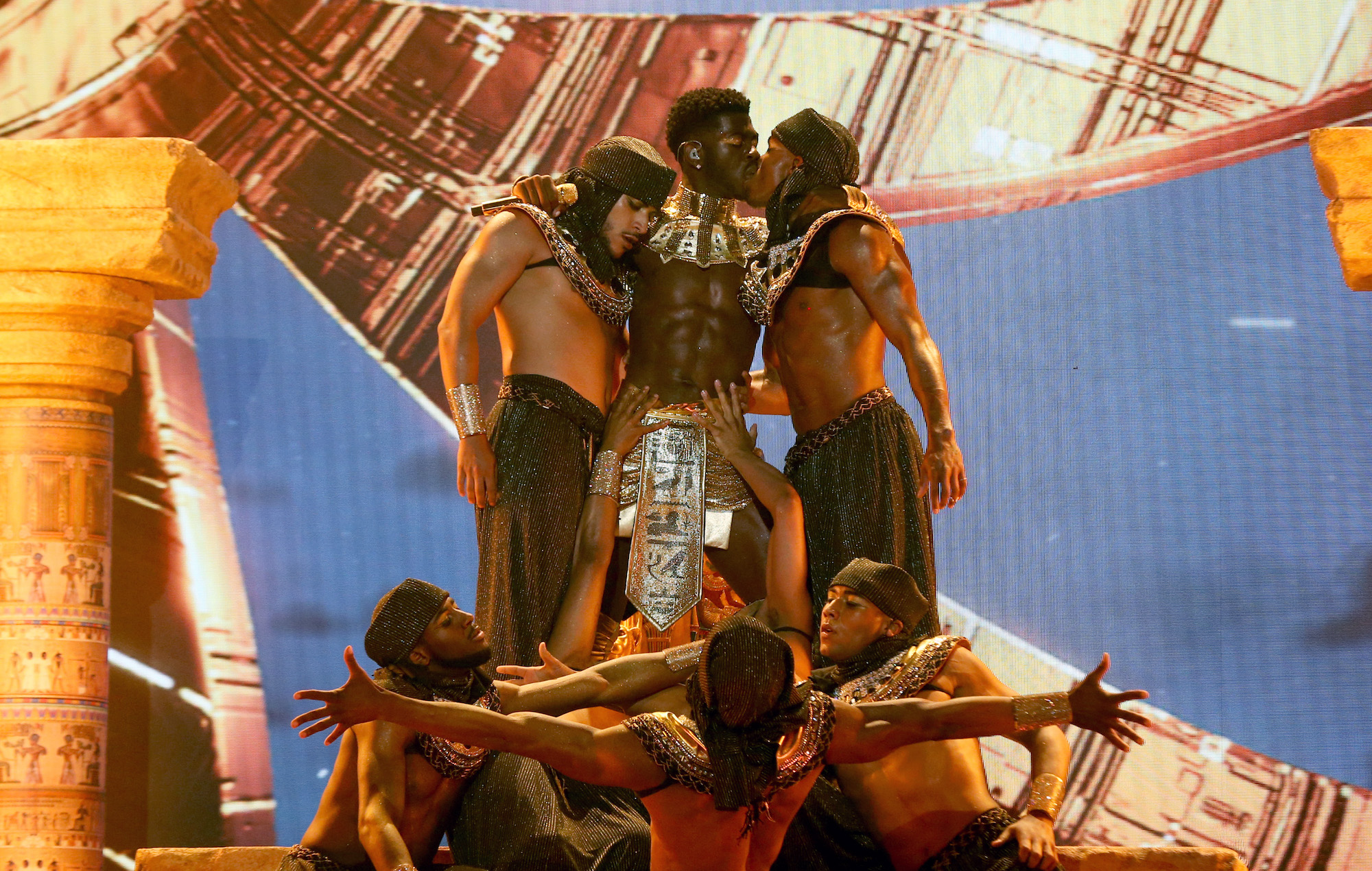 During the performance, the singer and rapper shared a passionate kiss with one of his male dancers.

Beginning the set dressed in a cape, Lil Nas then removed the outer layer to reveal a sparkly gold outfit.

Watch the performance below.

‘Montero (Call Me By Your Name)’ has attracted significant controversy since its release, in part due to the religious imagery featured in its video. Right-wing figures criticised Lil Nas X for using scenes based on the Garden of Eden and in which he gives the devil a lap dance.

The star has also been accused of copying elements of the video from FKA twigs’ visuals for ‘Cellophane’ in the video. Both Lil Nas X and twigs have addressed the claims, with the latter thanking the rapper for acknowledging his inspiration in a conversation with her.

The original version of ‘Montero (Call Me By Your Name)’ was then briefly removed from streaming services last month (April 12), but was later returned to platforms.

Earlier this month, Years & Years’ Olly Alexander shared a new cover of the recent chart-topping single ‘Montero (Call Me By Your Name)’. The British musician took on the hit track as part of a new Home Session recorded for Apple Music, alongside a new version of his own song ‘Starstruck’.

Elsewhere at the BET Awards, Tyler, the Creator stepped out of a Rolls Royce and battled a vicious wind storm while performing new single ‘Lumberjack’. Other performances came from, DaBaby, DJ Khaled, Megan Thee Stallion and Cardi B, the latter of whom announced her pregnancy during her performance with Migos.

Winners at this year’s awards include Cardi B, H.E.R., Lil Baby and the late Chadwick Boseman.