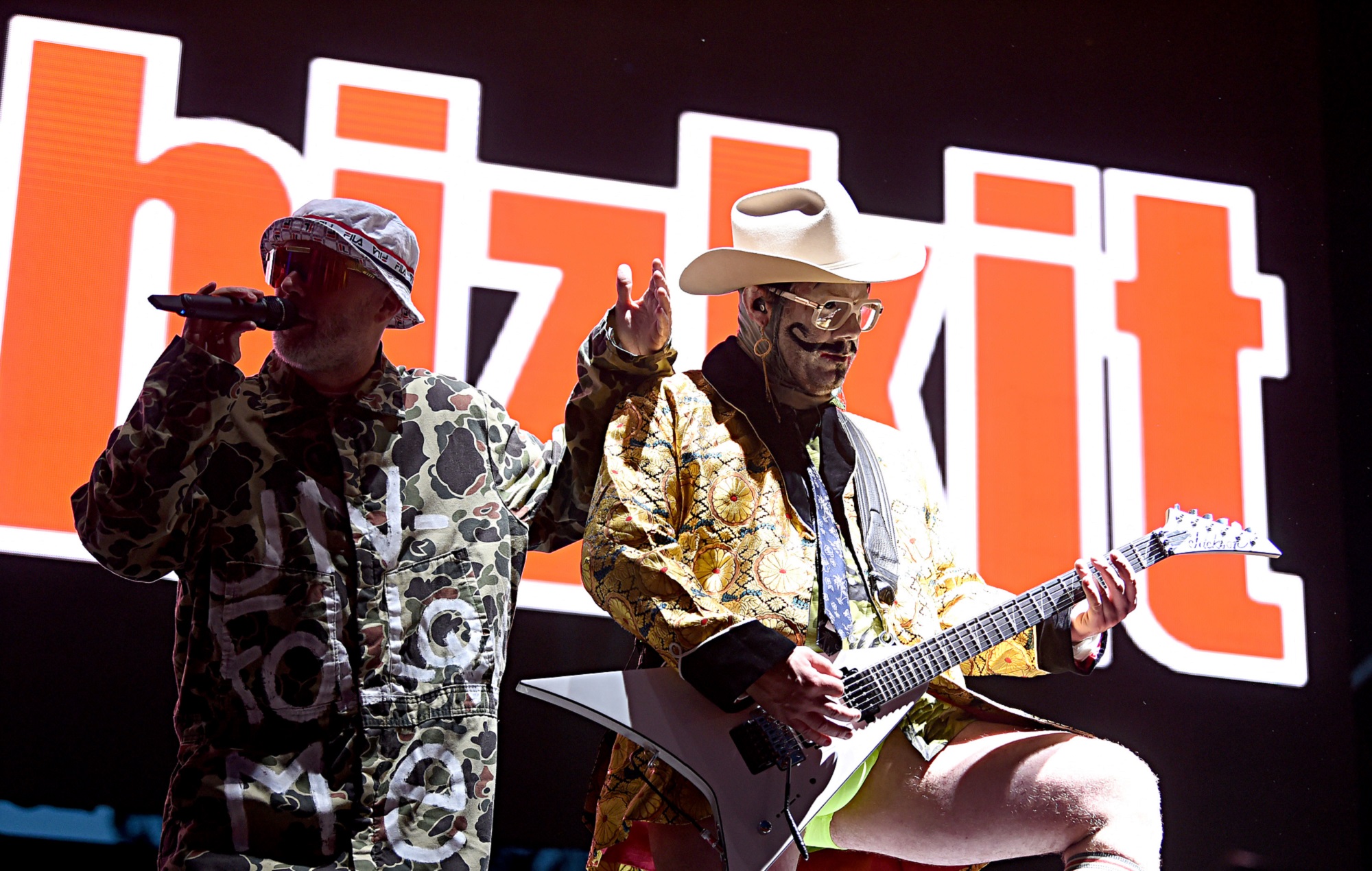 Limp Bizkit‘s Wes Borland says the band have recorded the instrumentals for 35 songs as they continue work on their long awaited sixth album ‘Stampede Of The Disco Elephants’.

The band announced the title of the album way back in 2012, and in 2014 shared the single ‘Endless Slaughter’, supposedly taken from the record.

The full LP, the follow-up to 2011’s ‘Gold Cobra’ is yet to appear, but Borland says that progress is being made.

“We’ve probably, in the last 10 years, been in the studio to try and complete the record, I wanna say, seven times, to different studios,” he said on Drinks With Johnny, the podcast of Avenged Sevenfold‘s Johnny Christ.

Adding that many of the delays have been due to frontman Fred Durst’s dissatisfaction with his vocals, he continued: “We probably have 35 songs recorded instrumentally, and he’s done vocals on them and then thrown the vocals away.”

Borland added: “So I think he’s finally at the point now where he’s gonna pick a set of these songs that he’s finally cool with and finish ’em and we’re gonna finish the record. So, fingers crossed.”

Asked when fans might expect to hear the music, Borland said: “I’m not in charge of Fred’s vocals. I’m way done with my parts on the record. I’m sure I’ll go back in and play a little bit more after. But it’s fucking Fred Durst. He went from being a darling to everybody’s most hated person in the world.

Borland went on to say that “the riffs and the music [are] the best stuff I’ve ever done as a musician, I think. I’m so pleased with the direction the music went, and I love what we did as a band. And I’ve heard a bunch of his, sort of, demoed vocals over the stuff, and they’re great. So I have no doubt that he’s gonna come and bring it and it’s gonna be a great record.”

Last week, meanwhile, Limp Bizkit announced a run of UK shows for 2022. They’re also set to tour the US this summer with Spiritbox.