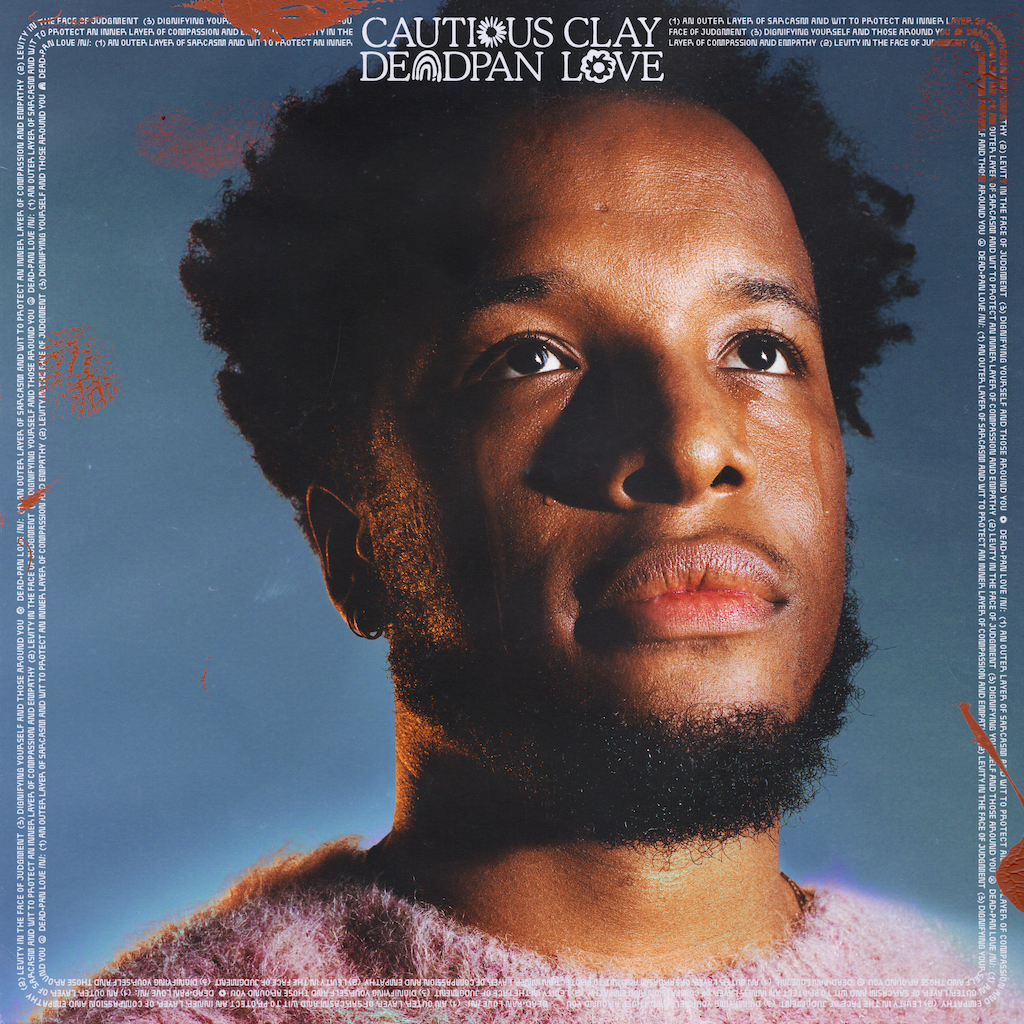 In 2019, Rated R&B named Cautious Clay one of our artists to watch. His debut album Deadpan Love, out now, proves why the fast-growing musician was deserving of the title.

The 14-track release follows a pair of EPs (Cold War, Table of Context), which earned Clay notoriety for his broad musicianship and sharp songwriting. It features a string of early tracks, including the chillwave “Agreeable,” the raw “Roots,” and string-focused “Karma & Friends,” to name a few. Saba makes an appearance on “Strange Love,” a song aimed at late capitalism.

Other highlights include the inwardly “Box of Bones” and the vulnerable ”Whoa.”

Clay has said, “Deadpan Love explores the ways I cope with the worst of what humanity has to offer. It’s about opposites—having an outer layer that’s tougher, this ‘deadpan’ state, and an inner layer of compassion, where you’re open to being there for the people you care about. It’s this warring compassion and cynicism that has empowered me to express myself through this medium.”

Next year, Clay is taking his Deadpan Love debut out on the road for the Karma & Friends World Tour. It kicks off on February 9 in Toronto at Axis Club and runs through June 12 in Paris at La Boule Noire. Tickets are available now on his official website.

That 25-Foot Inflatable Ozzy is Going on Tour to Promote Patient Number 9
j-hope ‘방화 (Arson)’ Official MV
Clayton Anderson Announces New Album, ‘Made in the USA’
21 Savage defends song lyrics after calling for an end to gun violence in Atlanta
How Tom Holland Skipped The Private Jet Controversy And Made A Sweet Gesture For Zendaya