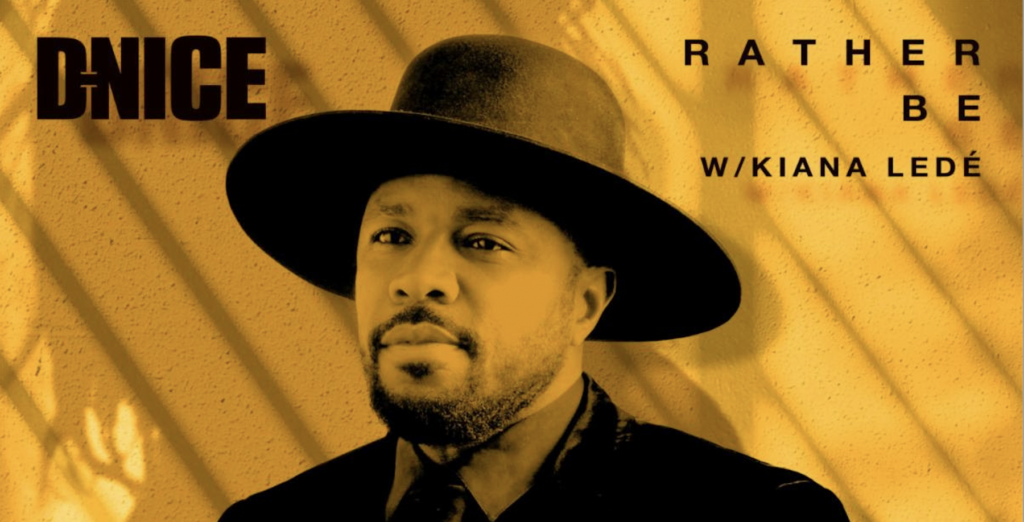 After securing his first top 10 R&B single on Billboard this year with “No Plans For Love” featuring Ne-Yo, D-Nice has teamed up with Kiana Ledé for his new track “Rather Be.”

Over a soothing production, crafted by CasperDoltAgain, Ledé tries to make sense of how she feels about her relationship.

D-Nice and Ledé will perform “Rather Be” this Thursday, June 24 on Good Morning America, as part of its Summer Concert Series.

After bringing people together through his Club Quarantine virtual parties on Instagram, fans will finally be able to party with D-Nice in person. On August 29, he will launch his Club Quarantine Live Music Series, in partnership with Live Nation, at the Hollywood Bowl in Los Angeles.

On September 2, D-Nice will perform at the Bric Celebrate Brooklyn! Festival in Prospect Park. Stephanie Mills, KRS-ONE, Anthony Hamilton and Estelle are scheduled to join D-Nice, along with other acts that have yet to be announced.

Listen to “Rather Be” by D-Nice and Kiana Ledé below.