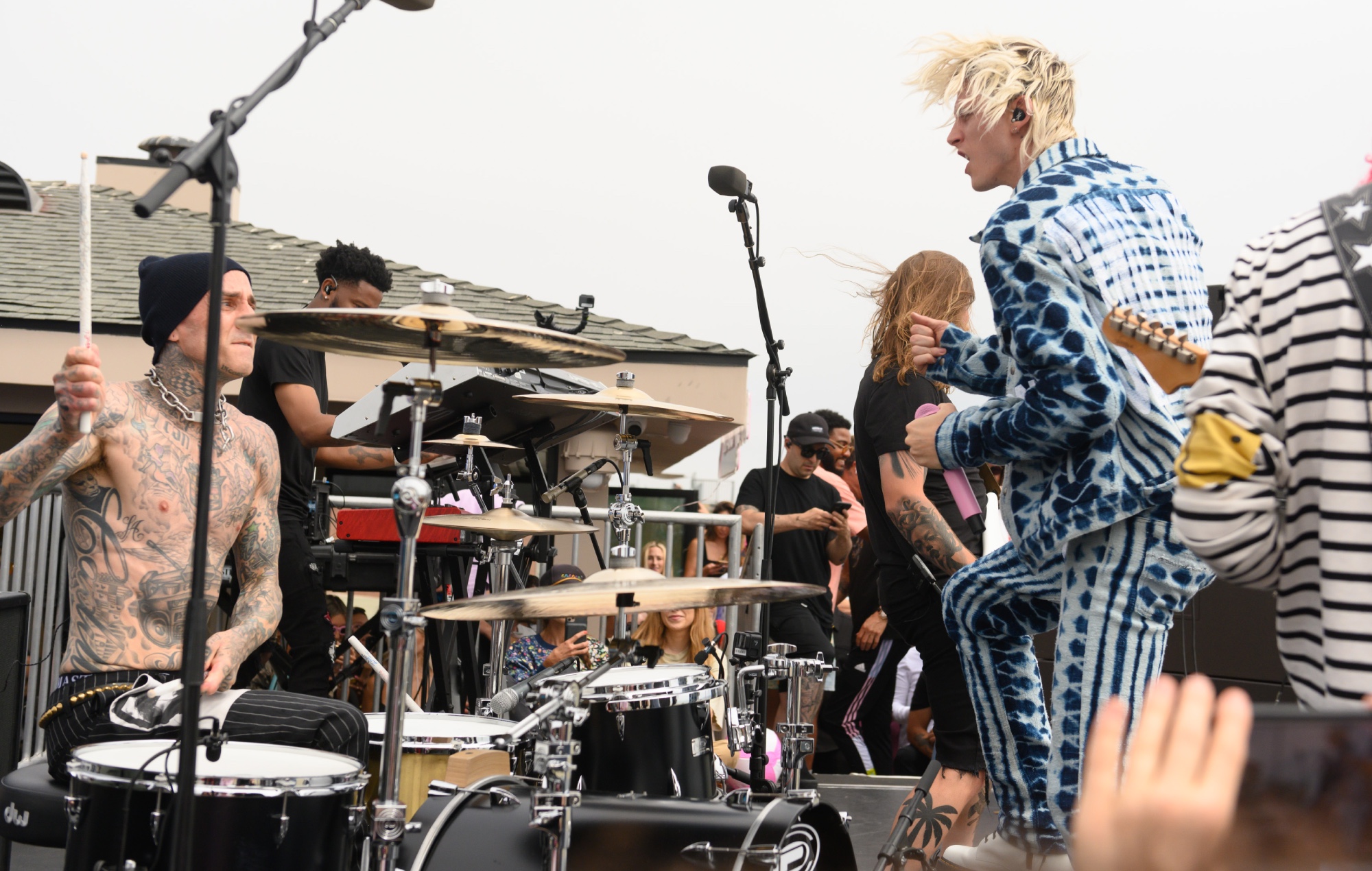 Machine Gun Kelly and Travis Barker performed a surprise rooftop show in Los Angeles over the weekend – check out the footage below.

The Ohio rapper – aka Richard Colson Baker – took to Twitter on Saturday (June 19) to direct his fans to a “rainbow lifeguard station” at Venice Beach, where he later took to the stage to perform a 13-song set.

MGK played to hundreds of people alongside his live band, which featured Blink-182‘s Travis Barker on drums. Following the impromptu set, Barker shared footage of their performance of the ‘Tickets To My Downfall’ track ‘WWIII’.

“This one will go down in history,” the drummer wrote as the caption on Instagram – see that post and more below.

one for the books
the venice menace pic.twitter.com/6spozcbsgZ

Opening with ‘title track’, Machine Gun Kelly and co. also offered up live airings of ‘concert for aliens’, ‘forget me too’, ‘my ex’s best friend’ before closing the show with ‘I Think I’m OKAY’.

Machine Gun Kelly is due to perform at Reading & Leeds festivals in August alongside headliners Liam Gallagher, Stormzy, Post Malone, Catfish & The Bottlemen and Queens Of The Stone Age.

An extensive US tour will follow in September and October, as well as a December homecoming gig at the Rocket Mortgage Fieldhouse – the biggest venue in Cleveland, Ohio.