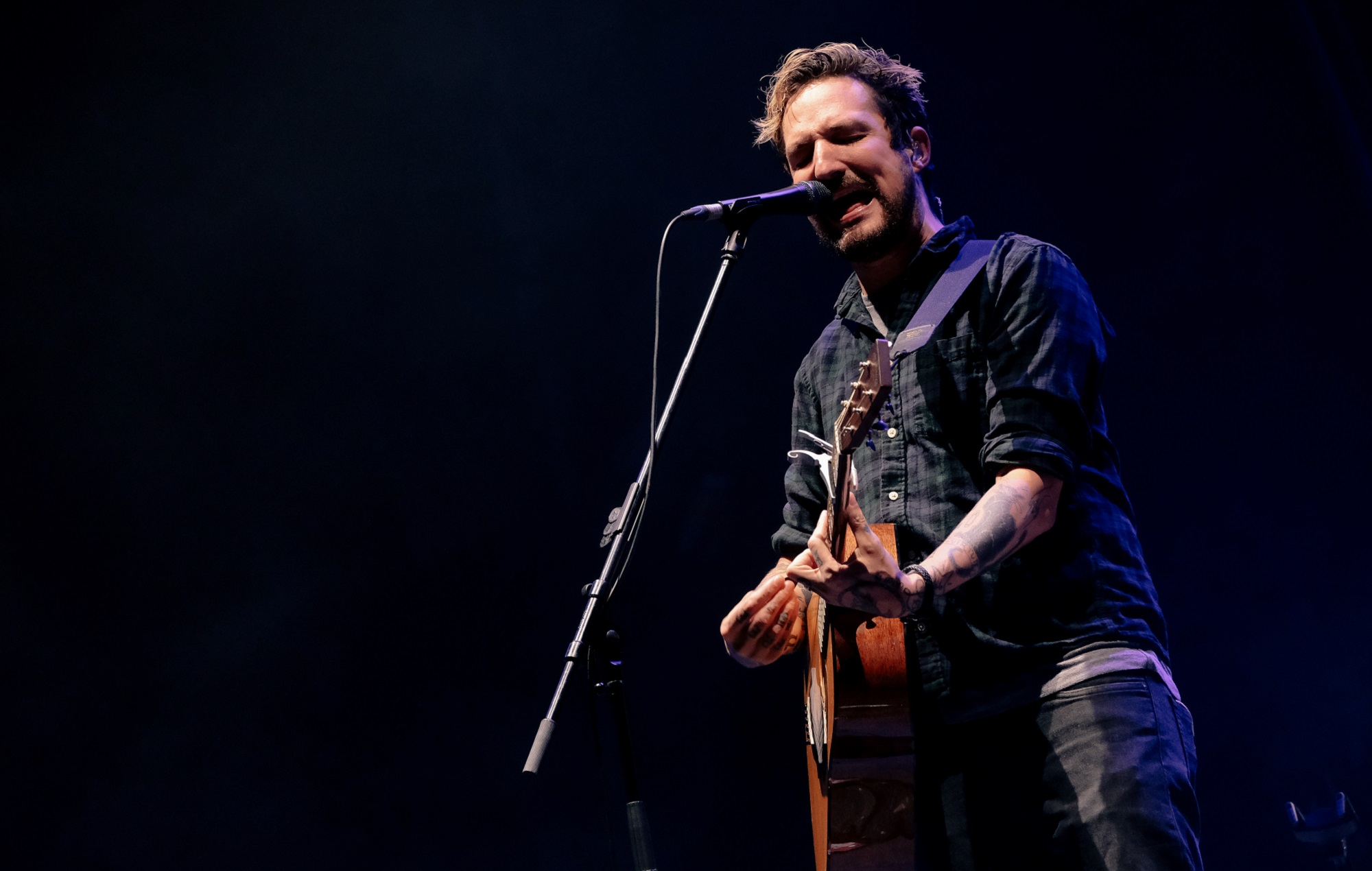 Frank Turner has been handed the Music Venue Trust’s Outstanding Achievement for Grassroots Music Venues Award 2020 during a wind-swept ceremony on top of The O2 in London.

The artist and independent music venue champion was handed the award during yesterday’s ‘Team MVT Up The O2 Climb’, which saw a select group raising funds by climbing up the iconic venue as many times as possible within an hour.

Frank was recognised for hosting 27 shows which were instrumental in directly enabling grassroots music venues to survive the coronavirus crisis, having raised nearly £300,000.

Mark Davyd, CEO of the MVT, said: “With all the venues Frank has helped, and all the people he has inspired to get involved in the Save Our Venues campaign, there was never any doubt about who should receive the award this year.

“Frank absolutely embodies the motto of MVT during these last 16 months; ‘People who say it cannot be done should get out of the way of people doing it’. Frank put himself right at the coalface of the work to reopen every venue safely, not just raising huge amounts of money but also using his name and reputation to stand front and centre of the fight to bring back live music.”

Picture: The moment Frank Turner received the Music Venue Trust Outstanding Achievement Award at the top of The O2….

Frank said of the honour: “I was totally surprised by Mark and the MVT’s sneaky plan to surprise me with the award, and I’m hugely honoured by it. The last year has been so rough for independent music venues, and everyone has worked incredibly hard to turn things around. I’m glad to have been a small part of that.”

The MVT Outstanding Achievement Award is presented annually to an individual whose work, life and dedication has made an exceptional contribution to live music in the UK.

Last week also saw the Music Venue Trust share a six-point plan for how it believes the UK Government can safeguard the future of live music after the easing of coronavirus restrictions was delayed by four weeks.