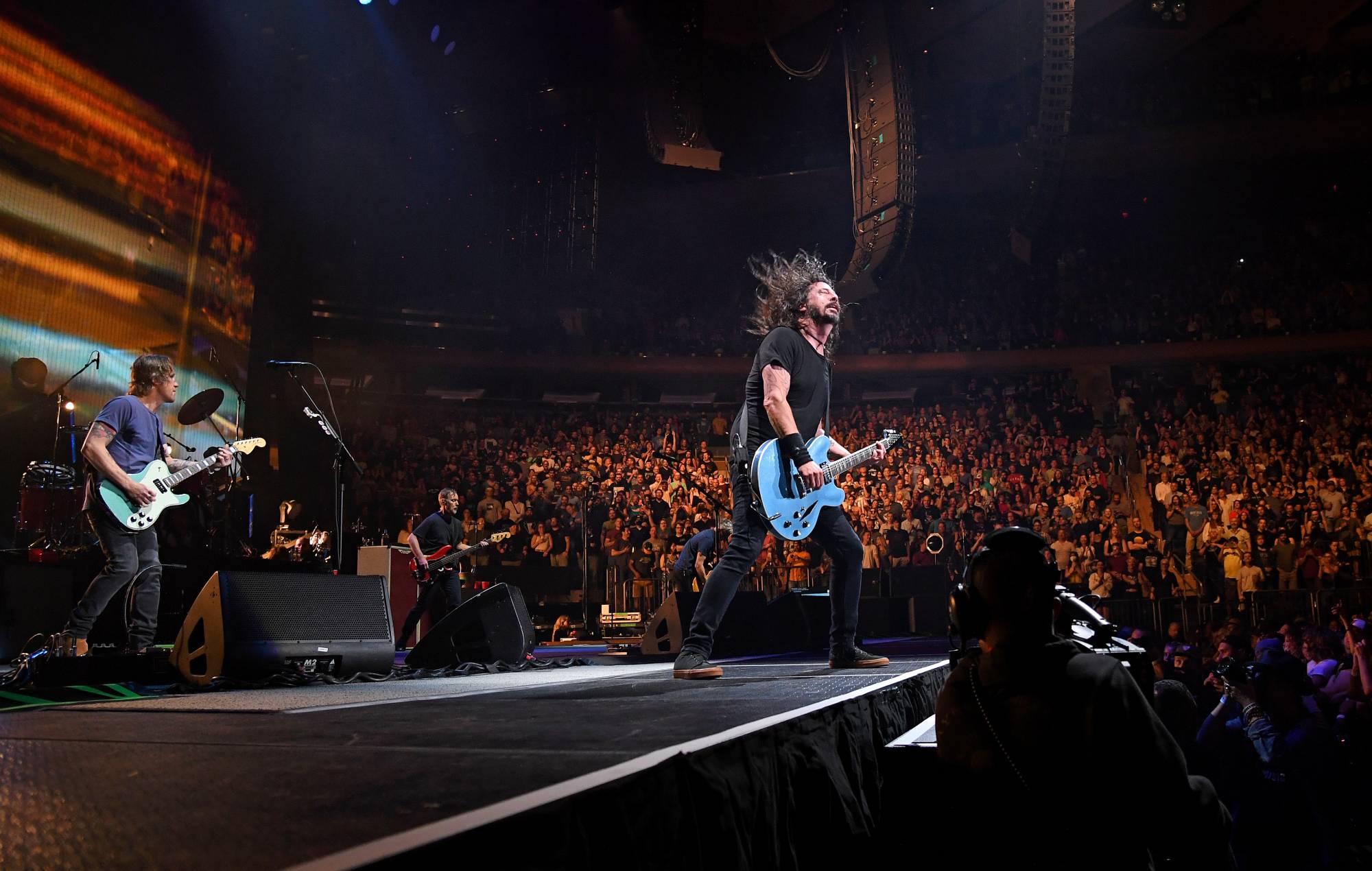 Foo Fighters performed to a fully vaccinated audience last night (June 20) at the first full-capacity arena gig in New York City since the start of the coronavirus pandemic.

The band took to the stage at Madison Square Garden in front of over 15,000 fans last night in what was one of the first major events to take place since New York lifted most of its COVID-related restrictions last week.

Foo Fighters dedicated their MSG gig to their late stage manager Andy Pollard, who worked with the band for over 12 years, following his death last week.

Foos fans had to show proof of vaccination prior to the show in order to gain entry. The band’s current policy on playing to fully vaccinated audiences has attracted some backlash, with a small group of anti-vax protesters gathering outside MSG last night.

This latest protest follows on from a similar-sized demonstration by anti-vaxxers who gathered at Foos’ California warm-up gig last week.

Foo Fighters opened their MSG show with a trio of hits – ‘Times Like These’, ‘The Pretender’ and ‘Learn To Fly’ – and played a number of cuts from their most recent album ‘Medicine at Midnight’.

Foos later invited comedian Dave Chappelle on stage to perform an unlikely collaborative cover of Radiohead’s ‘Creep’, while the band also covered Queen‘s ‘Somebody To Love’ and debuted their live cover of the Bee Gees’ ‘You Should Be Dancing’.

The latter came after the band recently announced a new album under their disco alter-ego The Dee Gees. You can see fan-filmed footage of Foos’ Bee Gees cover, along with other fan reactions and social media clips from the gig, below.

And in their encore, here’s Foo Fighters covering The Bee Gees’ “You Should Be Dancing” pic.twitter.com/NmVkiji59c

… the @foofighters unveil the “dee gees” for the first time. pic.twitter.com/acLyLa6KbC

Feels so good to be in a crowd listening to live music again. #FooFighters #madisonsquaregarden pic.twitter.com/v6GGt5lUH9

… @foofighters close a 2.5 hour set with “best of you.” pic.twitter.com/3J3CezVNmu

Hell of a return to normality 🤟🏼 #FooFighters pic.twitter.com/r2sglHR1ks

“If we can keep our fucking shit together we can do this more often” – Dave Grohl, tonight at @TheGarden @foofighters #longliverocknroll pic.twitter.com/E1vIc57LQw

You can see Foo Fighters’ Madison Square Garden setlist below.

‘Making a Fire’
‘You Should Be Dancing’ (Bee Gees cover)
‘Everlong’

New Details Emerge About Tom Cruise Possibly Bringing Back His Tropic Thunder Character For More Dancing
Watch Animal Kingdom Online: Season 6 Episode 11
Photos: Black Label Society and Hatebreed at Stubb’s Waller Creek Amphitheater on August 9, 2022
Rebel Wilson pays tribute to Olivia Newton-John: “It was such a blessing to know you”
J-hope talks ‘Jack In The Box’, headlining Lollapalooza, and what’s next for BTS