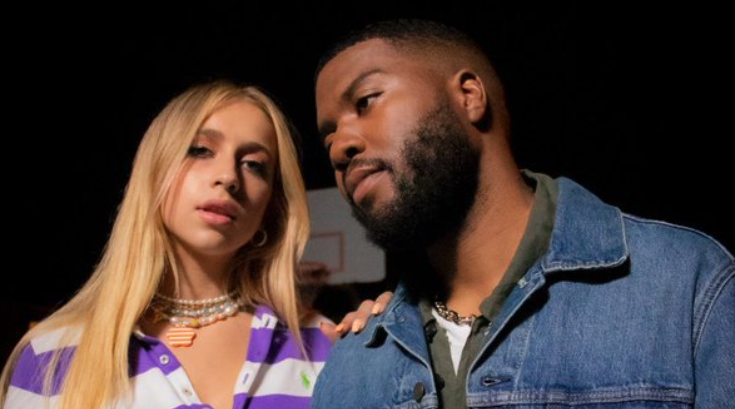 Khalid and Tate McRae admit their relationship isn’t “Working” out on their new joint track.

The song covers the confusing dynamic of longing for one another when apart but eager to call it quits when you’re reunited in person.

The two stars promised the song’s accompanying visual would be released soon.

In a series of recent tweets, Khalid, better known as the RIAA youngest certified artist in the U.S., teased his forthcoming third album. He called it his “favorite album” and confirmed the mastered version of his first single was approved.

The new album, or at least its lead single, may arrive ahead of him playing at this year’s iHeartRadio Music Festival taking place on September 17 and 18 in Las Vegas at the T-Mobile Arena. Tickets go on sale on June 25, and you can get them here.

His collaboration with Alicia Keys, “So Done,” nominated for a 2021 BET Award, reached number one on the Billboard Adult R&B Airplay chart in February.

Dwayne Johnson Thanks Fans For 20 Years In Hollywood, Reflects On His Humble Beginnings
Dahmer: Evan Peters Drama Racks Up Huge Numbers in Week Two
Reba McEntire Thanks Loretta Lynn for ‘Paving’ the Way in Tribute
Serj Tankian Releases Artsy Black-and-White Visualizer for “The Race”
London Based Singer/Songwriter Tony Moore Releases His New Single “I Cry For You” On October 14th As A Tribute To His Late Mother