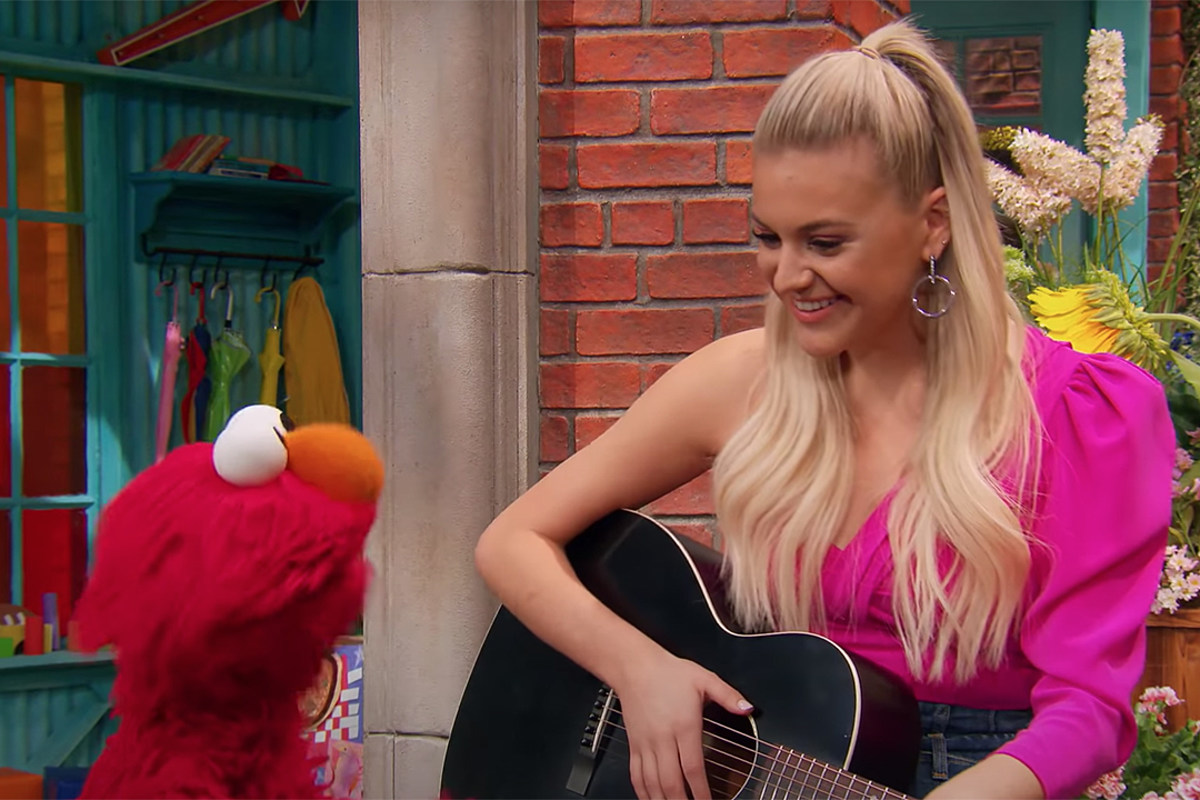 Kelsea Ballerini and Johnny Cash now have something in common: The two country singers are among the famous people who’ve appeared on Sesame Street, with Ballerini joining Elmo, Big Bird and friends during Season 51 of the legendary children’s program.

The topic of Ballerini’s song is families, and she’s very excited to tell the neighborhood about the one thing all families have in common regardless of their makeup: love. Recognizing that children may grow up with one parent or two, a grandmother, an aunt or cousin, or even two mothers, she sings, “But the one thing every family has, whatever they may be / Is the thing that we call love / That’s what makes a family.”

What begins as a simple conversation between Elmo and the “Half of My Hometown” singer soon becomes a Sesame Street party. Big Bird, Cookie Monster and the cast join in, bopping along as Ballerini sings with a big smile on her face.

People reports that Ballerini is one of several entertainers on tap for the new season of Sesame Street. Hailee Steinfeld, Issa Rae, Billy Porter, Stephen and Ayesha Curry and Maggie Rogers will also visit the show during Season 51.

Previous country artists who have visited Sesame Street include Cash, Garth Brooks, the Chicks, Loretta Lynn and Carrie Underwood … or, should we say, Carrie “Underworm.”

You’ll find much more than just the Top 10 Country Songs of 2021 on this list.

Our team has sourced fans to create 10 superlatives for this mid-year version of the year-end songs list. Best Country Tearjerker? Best Country Baby-Maker? Best Country Breakup Song of 2021? Keith Urban, Carly Pearce, Chris Bandi and more help make up this portion of the Top Country Songs list while hitmakers like Thomas Rhett and Little Big Town lead the 10 best songs portion.
Did your favorite song of 2021 make this list? To be considered, the song must have been released in 2021 or have actively charted for a portion of the year (see “Wine, Beer, Whiskey”). New artists includiong Lainey Wilson, Breland and Triston Marez crack the Top 10. Let us know your favorite song of 2021 at Twitter or email, at [email protected].
This article was originally published by Theboot.com. Read the original article here.
Share on Facebook
Share on Twitter
Share on Pinterest
Share on LinkedIn