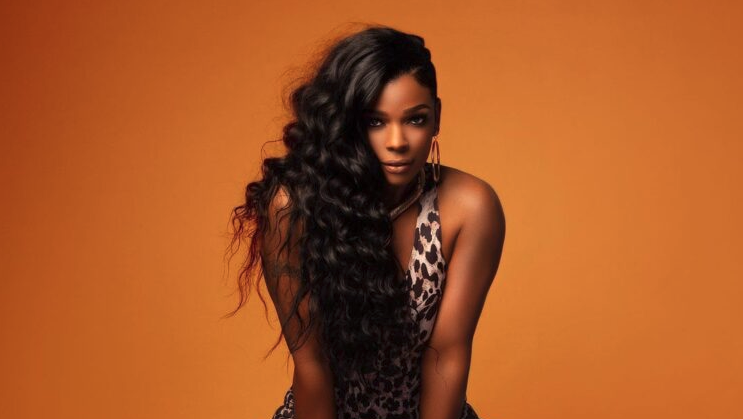 Syleena Johnson is at peace and has therapy credit. “I’m feeling a lot better inside my mind and my heart,” she tells Rated R&B. Her journey to this pleasurable moment of solace hasn’t come easy, but she realized those tears during sessions indicated a breakthrough. “You’re facing trauma, and you’re healing from it. You’re dealing with it and allowing yourself to have those emotions. But when you come out of it, you feel better.”

In a year met with a devastating pandemic, the overturn of a corrupt president, and a rise in senseless killings involving unarmed Black men and women, the R&B veteran is more passionate about therapy than ever before, especially amongst her community.

“Black people stay in trauma, but it hasn’t been pushed that a broken mind is also an illness,” she says. “If you broke your leg, you would go to a doctor. If your heart is broken, and your mind is broken, those things are tied together. You need something for that. The church isn’t going to give you everything. That’s for the spirit. That’s not for your mind.”

Something else Johnson believes is necessary is to focus on women, particularly Black women. Johnson says while co-hosting TV One’s Sister Circle for three seasons, she saw firsthand “how unfair things and unbalanced privileges and opportunities are in terms of women.” 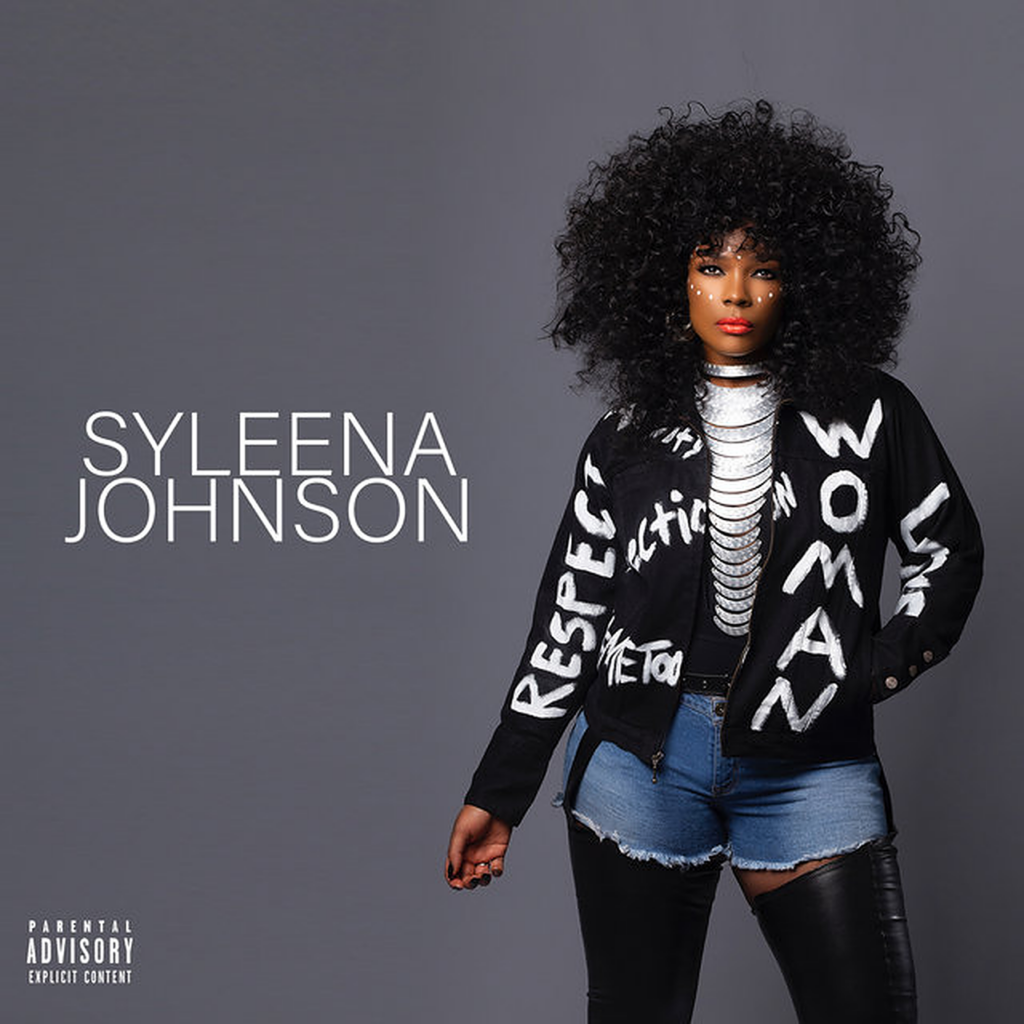 It is part of the reason why she recorded 2020’s Woman, her first album on the Entertainment Nashville imprint, and 11th overall. “I wanted to create something that focused on us and our heart and how we feel,” she notes.

The album’s title set a new precedent for Johnson, who was known for her Chapter album series and other lengthy album titles. The inspiration behind this particular one-word title was intentional, Johnson said, hoping to spotlight the most disrespected creation on the earth. “We’re suffering in silence because we’ve taken on the world and no one cares and no one has helped us as much as they should. They feel like it’s routine and it’s really not. We actually need help, love, and support, and we’re not getting it. So that’s what this album is.”

Subsequent to the digital drop of Woman last January, the pandemic occurred, and civil unrest broke out, causing Johnson’s press run and other ideas in mind to fall by the wayside.

Johnson knew that her album was based on activism as it pertained to “women’s rights and love and women’s hearts and listening to us and speaking up,” she knew promoting it amid a sensitive time would not go over well. “I wanted to make sure that it could get the right love at the right time,” she says.

Instead, Johnson moved her focus away from the album, and found another to add her voice to the cause, launching Music Mondays, a weekly series where she hosts healthy discussions with Black artists and entertainers about the social issues impacting them, their communities and the world.

Some past participants include Salaam Remi, Melanie Fiona, Avery Sunshine, and Christian Keyes.

In April of this year, Johnson decided to give her 2020 album a reboot, reissuing it as The Making of a Woman, her first deluxe album. It combined the songs from the original, along with two bonus songs and an updated intro.

Songs like heavyhearted “Water” and the organ-based “Never Been Better” were leftovers from the Woman recording sessions. This was the first time for Johnson.

“A lot of people go in and record 30 and 40 songs. I don’t need to do that because I’m a writer and a creative,” she explains. “Before the album even starts, I already know what it’s going to be called, how many songs it’s going to have, what the songs are going to be about, and the whole theme of the whole album. That’s how I’ve always been. In my mindset, an album is a movie, so I know the beginning and the end.”

Johnson doesn’t see the value in loading an album with too many songs, stating, “People don’t enjoy 15 track albums like they used to anymore. I wanted to be quick, make people want more and make a statement and make it resonate.” She applauds Jazmine Sullivan for understanding the power of gifting listeners with a clean and smooth listen with Heaux Tales. “It has a bunch of tracks on there because of the little lessons like Lauryn Hill’s Miseducation of Lauryn Hill, but it was quick, and it made you want more.”

Johnson put out a docuseries titled after the album’s deluxe edition to gel everything together regarding the album. The three-part event arrived months ahead of the reissue in black and white on Fox Soul, where Johnson is part of the family.

Today, the moving series, described in a press release as “empowering story of hope, drive, and determination,” airs exclusively in color on aspireTV in celebration of Black Music Month. “It’s an honor, and it’s a blessing,” says Johnson when asked about how she felt about the docuseries airing during a historic time for Black music. “If doing what you were supposed to be doing was a person, it would be me (laughs). I feel like I’m in alignment with what I’m supposed to be doing.”

Johnson previously worked with aspireTV for her 2015 musical drama, Couples Therapy, centered around an album of the same title. “I feel like I’m doing the right thing and super grateful that Aspire believes in me and my brand and is so supportive.”

In these three episodes, viewers get an in-depth look at the Grammy-nominated singer-songwriter’s hard work on recording her latest album. It follows how Johnson manages to carry on with an international tour after learning her sister and manager, Dr. Syleecia Thompson, is diagnosed with stage one breast cancer. Audiences also see Johnson’s creative vision put to the test when it came to a music video concept for “Freelance Lover.”

Serving as executive producer, alongside her sister and Shari Nycole, Johnson gets to be fully embedded in the creative process. It’s a role that Johnson holds in most, if not all, of her productions. “When I say executive producer, it’s not a vanity credit, or that I’m controlling or because I want to make more money. I’m a creative human being. It’s because I know what I want,” she declares.

She continued, “I’m at a place in my life where I may say ‘no’ to stuff that doesn’t allow me to create and curate how I want to be viewed. So for me, that’s just how it has to be. It has to be that way.”

Being a part of the reality television industry with shows like R&B Divas, Johnson knows the role producers play behind the scenes, guiding and controlling narratives that can cause the demise of top Black stars. She tips her hat off to Real Housewives of Atlanta alumna Nene Leakes for making a mark as TV gold despite the hate from critics and frequent viewers and sometimes contrived storylines.

“I know people give Nene [Leakes] a hard time,” Johnson says when thanked for giving a positive perspective of the series breakout star in a recent Cocktails & Conversations segment. “It’s not my business to speak negatively about her [because] I don’t know Nene personally. I don’t know about nobody else, but when you think of [Housewives of Atlanta], I think about Nene Leakes. I think of Phaedra [Parks], She by Sheree, and Kenya [Moore]. There are women on that show that just made it what it is, and those are just facts. Whether they’re still there or not.”

While Johnson promises that she’ll “never do another Chapter album,” she is working on a new album that she exclusively tells Rated R&B is tentatively titled 45. She knows the number will instantly put fans in the headspace of the former President. “I know that will grab people’s attention,” she says. It also signifies a milestone age for Johnson. “I turn 45 [on] September 2 and I want the album to come out during that time.”

Johnson says the new album will have similar synergy with “Water” from The Making of a Woman. “The production, the tone, the feel, and the spirit behind it is what the next album will derive from,” she reveals. “They’re not all going to be slow songs, but they’re all going to have that same peaceful, emotional feel.”

Between working on a new album and leading conservation on Fox Soul, Johnson is producing another documentary series called From One Stage to the Next. “It’s a docuseries that shows my entire journey from when I lost 60 pounds over the course of nine months to compete in a fitness challenge,” Johnson says it will be ready to shop at the top of July.

Johnson is also working on a book titled 40 by 40. “It’s 40 lessons learned by the time I turned 40.” The title is tentative, as Johnson considers if she wants to play off the title of her next album. “You know I live for a good theme, honey.”

Everything else that is keeping Johnson at peace is what has her undivided attention these days. “I’m looking forward to seeing who I will be coming out of this stage of my life where I’m trying to focus on my family, myself, my body, my mind, and my relationships with people.”

Don’t miss part two of Syleena Johnson’s The Making of a Woman documentary on aspireTV. Get details on additional airings here. A marathon of all three episodes airs on June 26.

Listen to Syleena Johnson’s The Making of a Woman album.