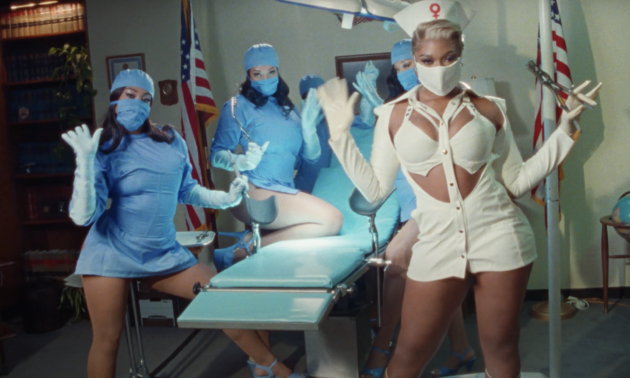 Tina Snow is back.

Megan Thee Stallion revives her alter ego on her new single, “Thot Shit”. Produced by LilJuDaBeat and OG Parker, Tina Snow celebrates women and their sexually on the empowering anthem.

Directed by Aube Pierre, the unapologetic video finds Ms. Snow and her fellow hotties trailing a grumpy politician who is not too fond of their antics. After he leaves negative comments online, they bring their thottie shenanigans to wherever he goes. They twerk during his commute, his meal at a diner, and also while bathing at home. At his office, they douse him with hot coffee and perform an operation before giving him a shocking new face.

Meg introduced her Tina Snow with “Big Ole Freak” in 2018 and is still hot off her last year’s album, Good News. Welcome back.