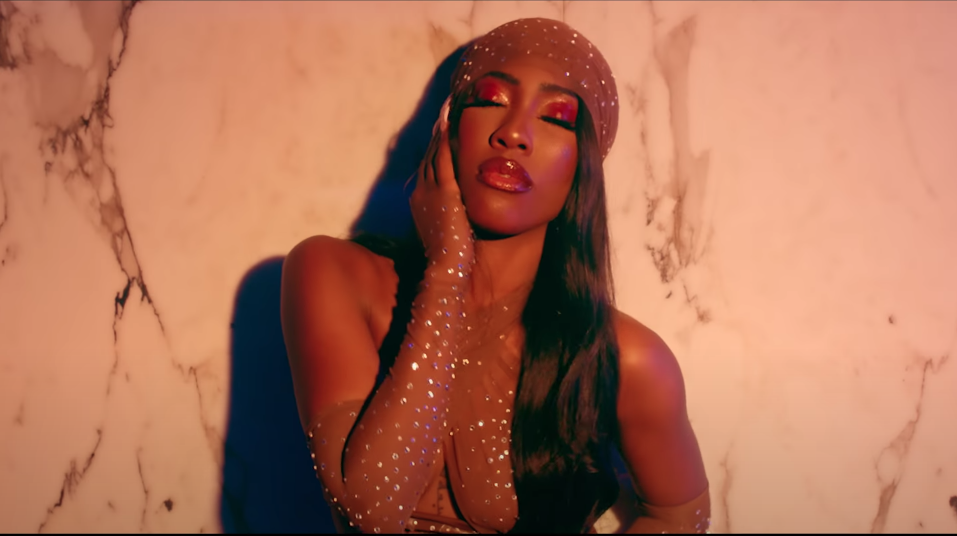 If there’s one thing you can say about Sevyn Streeter, she’s always going to give you a unique, sensual video.

In her “Guilty” video, directed by Young Chang, the talented singer-songwriter brings together a host of female friends to indulge in a getaway filled with Black, shirtless specimens. In between shots of Streeter and her pretty girl gang being pampered by the men at the resort, she lets off some steam through dance sequences.

The song’s featured artist Chris Brown and A$AP Ferg don’t make appearances in the video, but there’s enough other eye candy to go around while their verses play.

“Guilty” is the official first track off Streeter’s sophomore album Drunken Wordz x Sober Thoughtz. The LP, which is set for release this summer, is the follow-up to her 2017 debut Girl Disrupted.

In 2020, Streeter released a string of standalone singles, including “Kissez” with Davido and “HMU.”

Watch the music video for Sevyn Streeter’s “Guilty” above.