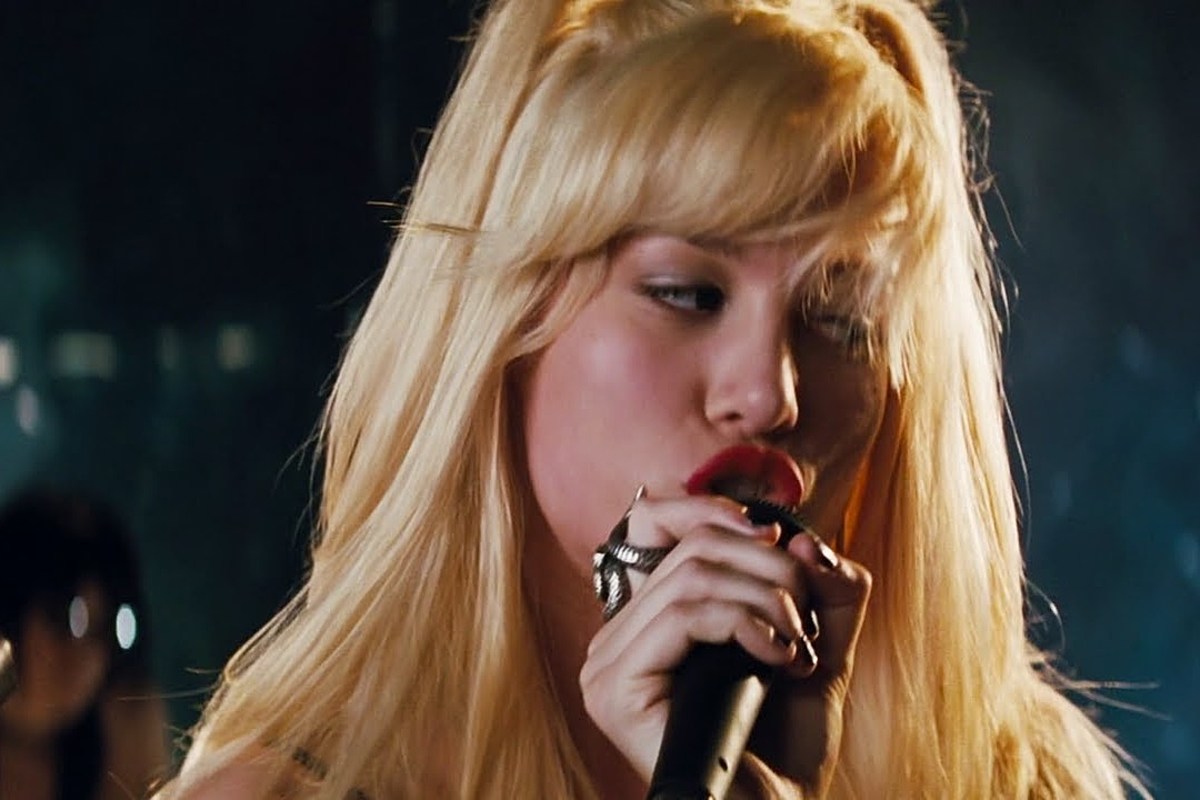 After over ten long years of waiting, Brie Larson‘s epic performance of “Black Sheep” is available to stream!

The album Scott Pilgrim vs. The World (Original Motion Picture Soundtrack Expanded Edition) will drop in full on July 9. The record includes the Captain Marvel star’s version of the Metric hit, “Black Sheep.”

Larson portrayed Natalie V. “Envy” Adams, the ex-girlfriend of Scott Pilgrim (Michael Cera) in the 2010 cult classic. Her character was Scott’s first love during college. Larson described her character as a quiet nerd before forming the band Kid Chameleon alongside Scott. As the band grew, she sold out to become superstar rocker Envy and left her beau in the dust.

During the film, Envy epically performed the track at a full-band rock show with Scott in the audience looking dumbfounded. Envy demanded the stage with her black mini-dress and blonde pigtails.

Ironically, prior to reading the script, Larson had no prior knowledge about the graphic novel that the movie was based on. She was a fan of the director, Edgar Wright.

“I really wanted to be in this movie but didn’t understand what the movie was,” she admitted in a YouTube video. She added that there was only one comic book out at the time and didn’t have enough background.

“I didn’t have enough information to really understand what it was. The pages that I had were like little pieces of the script and most of it was redacted and the only thing that was there was a description that said a husky non-Ramona voice,” she continued.

Despite not knowing who Ramona was, she decided to give it a shot. Larson revealed that she watched the red carpet of an adult video awards ceremony to learn how to get a higher level of confidence, which clearly showed in her portrayal of the rocker.

Larson has been active on YouTube where she discusses past roles and showcases her everyday life. Aside from singing a bar of the song in a “sing your comments” video, she also posted a video of choreographer Galen Hooks teaching her a dance based on “Black Sheep” that proves that she’s still got the moves.