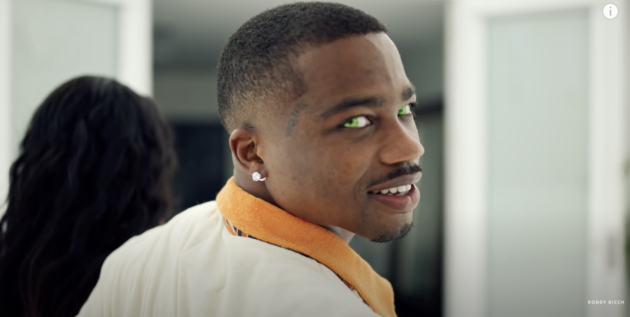 Roddy Ricch brings the romantic vibes on his new single, “Late At Night”. Over Mustard’s sultry beat, the Compton rapper croons love and affection from sun up until sun down.

Along with the release, comes the “Thriller”-inspired music video where his night begins in the studio and is then drawn to a magical ferris wheel where he is transported to an ’80s themed party. He serenades his interest played by Karrueche Tran, turns into a werewolf, and recreates the epic ending.