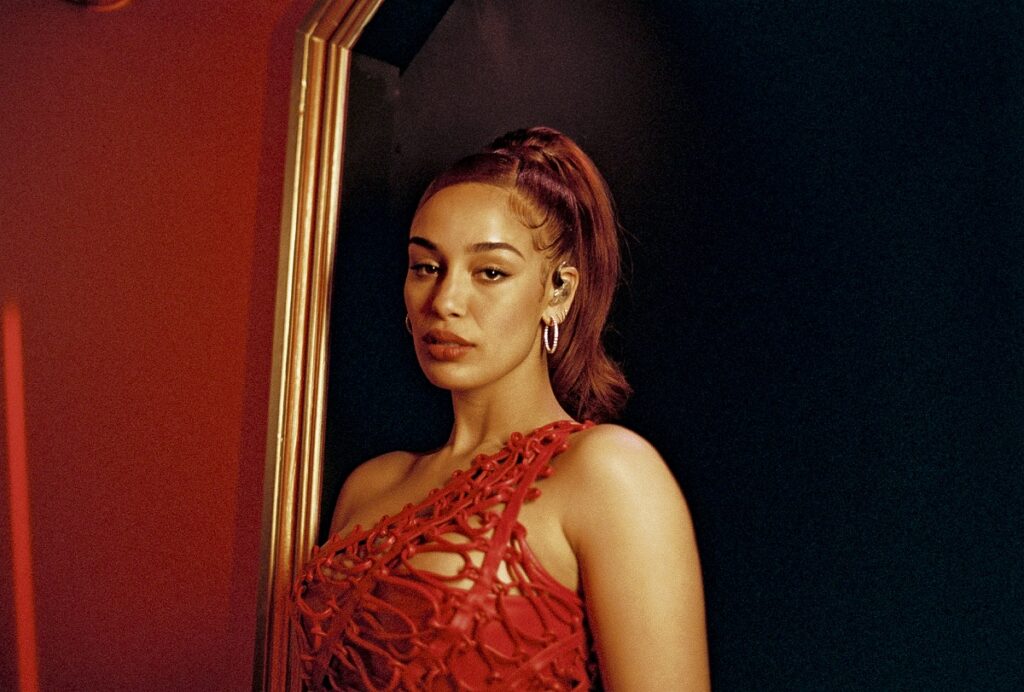 Jorja Smith has partnered with Vevo in a major way. The British singer-songwriter visited the company’s London office to perform all the songs from her most recent EP, Be Right Back. She is the first artist to have teamed up with Vevo to unveil an exclusive series of live performances from one project.

Smith, dressed in a fiery red outfit, delivered all eight performances in one day, with support from a live band on a red soundstage built by Croga Studios. Smith stepped from outside the red setting when she performed “Weekend,” the EP’s closing song. In short, the R&B diva left it all on the stage, dazzling fans across the world with her stunning vocals and alluring presence.

Vevo’s Vice President of Content & Production, EU, Claudio DeWolff described Smith as “one of a kind artist” and was “thrilled to have the opportunity to work with her and her team again for this exciting new project.”

Smith has been a mainstay at Vevo, previously working with the company back in 2018 for their LIFT performance series, and named one of their DSCVR Artists to Watch in 2016.

Back on track, Smith’s Be Right Back includes “Time” and “Bussdown” featuring Shaybo, who joined her for the special live set.

The official follow-up to Smith’s Lost & Found debut until sometime next year.

Watch Jorja Smith’s Be Right Back performances with Vevo below.