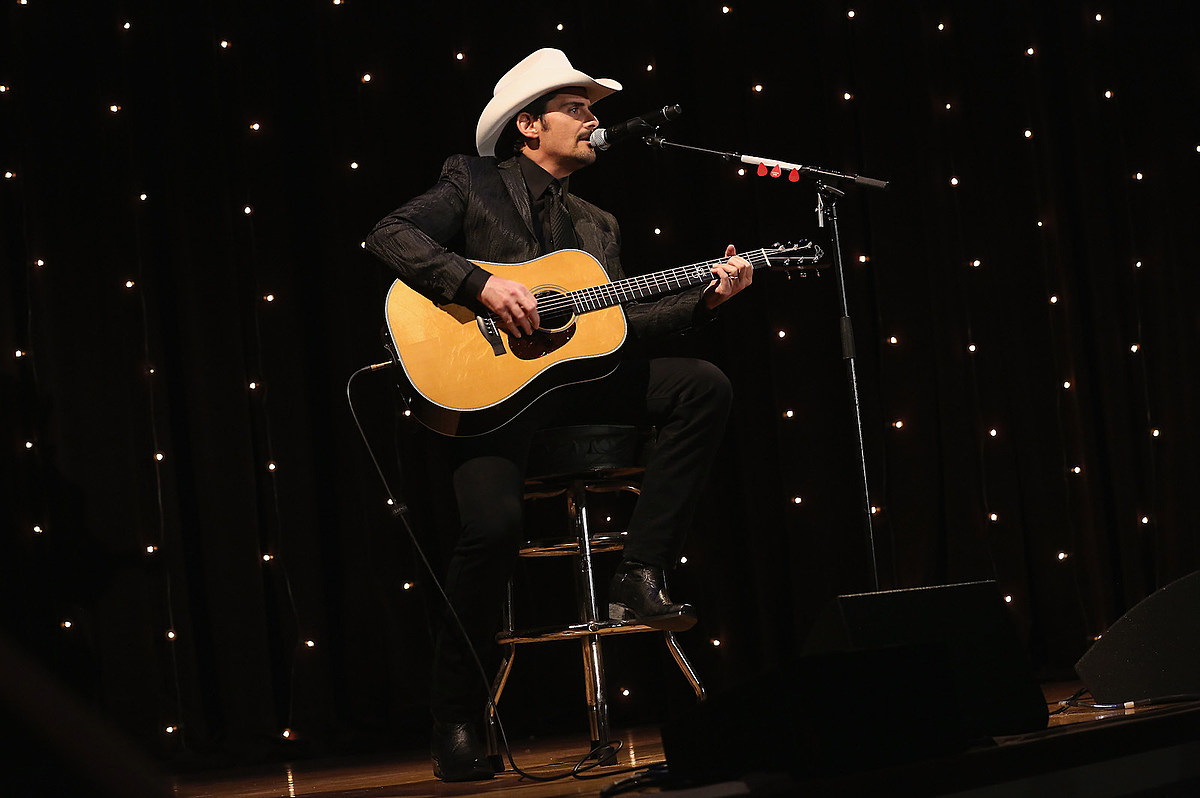 Brad Paisley began playing the guitar at the young age of eight, taught by his maternal grandfather. When he was 10, he performed at church in his first live performance.

Even though Paisley grew up in a small town in West Virginia and was known for his growing musical talent, no one could have predicted his superstardom in country music. Now, he sells out arenas, has sold more than 11 million albums and is a member of the Grand Ole Opry, with numerous Grammys, ACM and CMA trophies to his name.

Paisley’s exceptional guitar playing and witty personality make him a favorite onstage, whether he was co-hosting the CMA Awards with Carrie Underwood or headlining a show. Click through the photo gallery above to see some of our favorite live shots of Paisley, from his young beginnings to today: