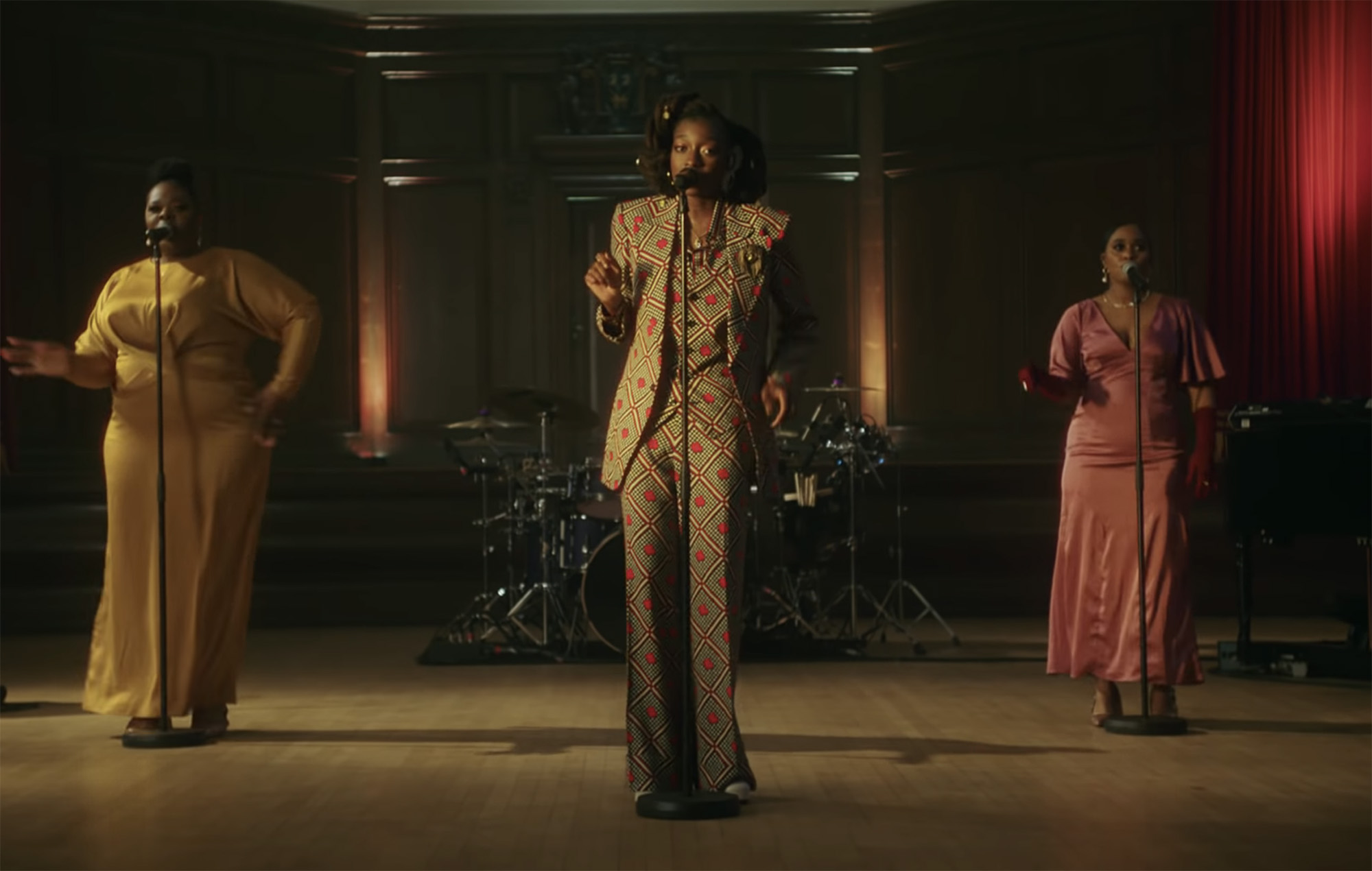 Little Simz has given a live performance of her most recent track ‘Woman’ for Later… With Jools Holland.

For the live rendition, filmed in a dimly-lit grand hall space, the rapper is accompanied by a band and two backing vocalists.

Watch the performance below:

“I love it when I see women doing their thing and looking flawless; I’m here for that!” she explained of the single’s message. “It’s empowering, it’s inspiring; I wanted to say thank you and I wanted to celebrate them.”

The track is lifted from the rapper’s forthcoming album, ‘Sometimes I Might Be Introvert’, due out September 3. Simz had previously explained how the album was mostly written during lockdown across London and Berlin.

“I spent the time doing what everyone was doing really, just reflecting,” she told The Observer last month.

“I know that I’m quiet, innit? …I’m just very to myself and I didn’t know how to really navigate that, especially coming in this industry where you’re expected to have this extroverted persona all the time.”

The album will be supported by her largest UK tour to date, kicking off at Birmingham’s O2 Institute on November 25, before finishing almost a month later with a homecoming show at London’s O2 Academy Brixton on December 16.